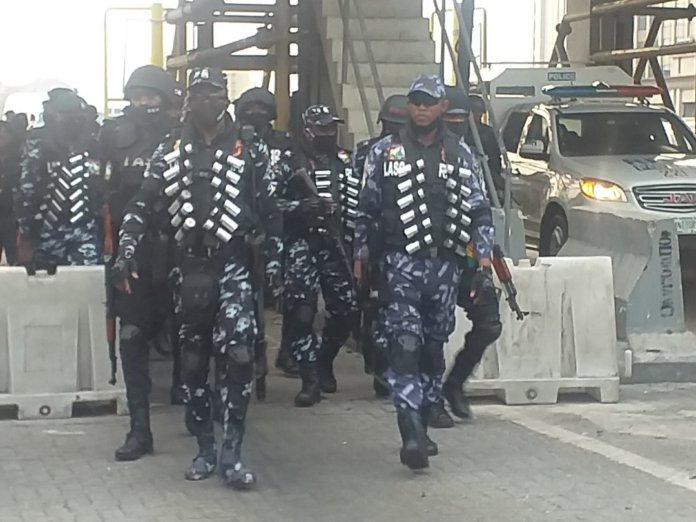 In a bid to forestall the protest scheduled for Saturday, armed policemen have taken over the Lekki Tollgate in Lagos.

Some youths had taken to the social media to express outrage over the directive last week by the chairperson of the Lagos Judicial Panel, Doris Okuwobi, to return the control of Lekki Tollgate to the Lekki Concession Company.

They consequently slated a protest tagged #occupyLekkitollgate protest for Saturday to express their opposition to the reopening of the toll gate.

A counter-protest #DefendLagos also surfaced on the social media with some youths announcing their plan to stage a protest to defend Lagos State against the
#occupyLekkitollgate protest.

Government however vowed not to allow any protest at.the tollgate.