Injury Knocks out Neymar from PSG’s UCL Clash with Barcelona 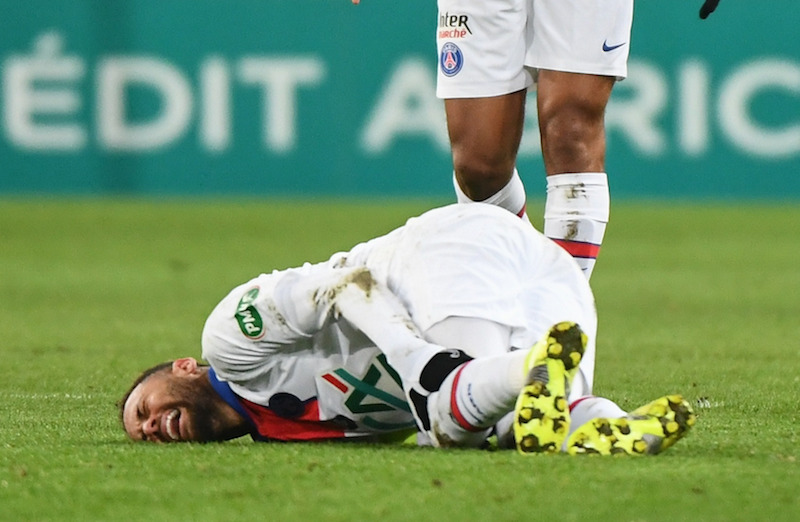 Neymar will miss the first leg of Paris Saint-Germain’s Champions League round of 16 tie against his former club Barcelona due to a groin injury, the French club said on Thursday.

The Brazilian forward suffered the injury in PSG’s 1-0 win against Caen in the last 64 of the French Cup on Wednesday, ruling him out of the game in Spain on February 16.

“After analysis of clinical exams and scans, it is expected that he’ll be out for around four weeks depending on the evolution of the injury,” PSG said in a statement.

The club are hopeful he could return for the second leg in France on March 10.

It is a second blow to last season’s beaten Champions League finalists after winger Angel Di Maria was ruled out of the match with a thigh injury.

The eagerly-awaited last-16 matchup comes four years after Barcelona, helped by two goals from Neymar, bounced back from a 4-0 defeat by PSG in the first leg to thrash the French side 6-1 at the Camp Nou.