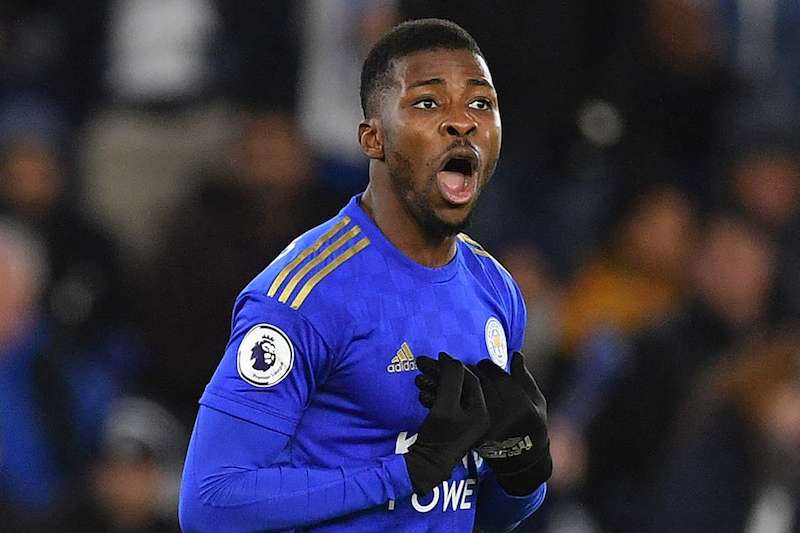 Nigerian international, Kelechi Iheanacho failed to improve on his goal scoring chart yesterday as Leicester City’s outside hopes of winning the Premier League title suffered a blow after being held to a goalless draw at Midlands rivals Wolves.

The visitors have an excellent away record this season but were flat for large periods of the contest and failed to fully test Rui Patricio.

The Wolves goalkeeper gathered a couple of drives from James Maddison, but the efforts were from range and kept out comfortably.

Striker Jamie Vardy made his return from injury on the hour mark and almost won it in time added on but headed wide from a promising position.

Wolves had just one shot on target throughout the game though it was the best chance for either side – substitute Fabio Silva’s low strike from close range was superbly kept out by Kasper Schmeichel at full stretch.

Nuno Espirito Santo’s side defeated Arsenal last time out but have now won just once in 10 league games and remain 14th in the table.

Spurs boss Jose Mourinho had suggested the England captain’s ankle issues would sideline him until next week but Kane came back ahead of schedule to help end Tottenham’s three-game losing streak in the Premier League.

Tottenham had failed to score in both matches Kane had missed but he took Pierre-Emile Hojbjerg’s through ball into his stride to slot home and break stubborn Albion’s rearguard resistance early in the second half.

It was Kane’s 13th Premier League goal of the season, taking him ahead of strike partner Son Heung-min for all of four minutes until the South Korea striker sealed Spurs’ victory with an emphatic finish from Lucas Moura’s pass.