In a Move That May Prevent Vote Buying, CBN Sets New Withdrawal Limits 2 hours ago

Tinubu: How I Made My Money, I’m Not Denying My Wealth 2 hours ago

US’ Endorsement Clears Road for Okonjo-Iweala as WTO DG 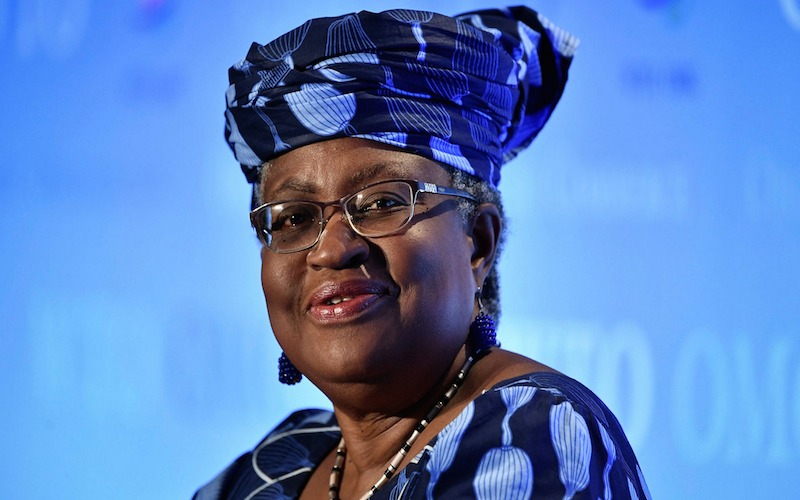 President Muhammadu Buhari has expressed the readiness of Nigeria to collaborate with the United States of America following its endorsement of Nigeria’s Dr Ngozi Okonjo-Iweala, as the sole candidate for the office of Director-General of the World Trade Organisation (WTO).

The President, in a release Saturday by his Senior Special Assistant on Media and Publicity, Garba Shehu, declared: “Today, we see that the United States stands with Nigeria and Africa with the acceptance of our widely respected citizen, Okonjo-Iweala to lead the WTO.

“We look forward to working very closely with the new U.S administration on this and all issues of common interests especially, in such areas as accelerated economic growth, fight against terrorism and deepening progress on development issues”.

The President welcomed the pronouncement of the Office of the United States Trade Representative, signifying withdrawal of the country’s objection to the emergence of Okonjo-Iweala as Director General of World Trade Organization, WTO.

He went further: “We certainly welcome the decision of the new U.S administration to remove the last obstacle in the path of Dr. Okonjo-Iweala to becoming the first female and the first person of African descent to lead the organization.

“Nigeria and the entire African continent are happy about this new U.S position, which signifies a shift and an important turnaround in the relations between our continent and the United States under the Biden administration.”

The United States government had on Friday given its formal approval to the emergence of Okonjo-Iweala as the next Director General of the World Trade Organization, removing the final obstacle to her bid to be the first woman and the first African to run the Geneva-based trade body.

The endorsement was sequel to the withdrawal of her main challenger, the South Korean Trade Minister, Yoo Myung-hee, from the race.
In a symbolic approval, the United States Trade Representative office in a statement said, “Dr. Okonjo-Iweala brings a wealth of knowledge in economics and international diplomacy.

“The United States takes note of today’s decision by The Republic of Korea’s Trade Minister Yoo Myung-hee to withdraw her candidacy for Director General of the World Trade Organisation (WTO).

“The Biden-Harris Administration is pleased to express its strong support for the candidacy of Dr. Ngozi Okonjo-Iweala as the next Director General of the WTO.

“Dr. Okonjo-Iweala brings a wealth of knowledge in economics and international diplomacy from her 25 years with the World Bank and two terms as Nigerian Finance Minister. She is widely respected for her effective leadership and has proven experience managing a large international organisation with a diverse membership.

“US looks forward to working with a new WTO director-general to find paths forward to achieve necessary substantive and procedural reform of the WTO,” the statement concluded.