An Encounter with Toyin Falola: Between Celebration  and Canonization of Intellectuals 22 hours ago 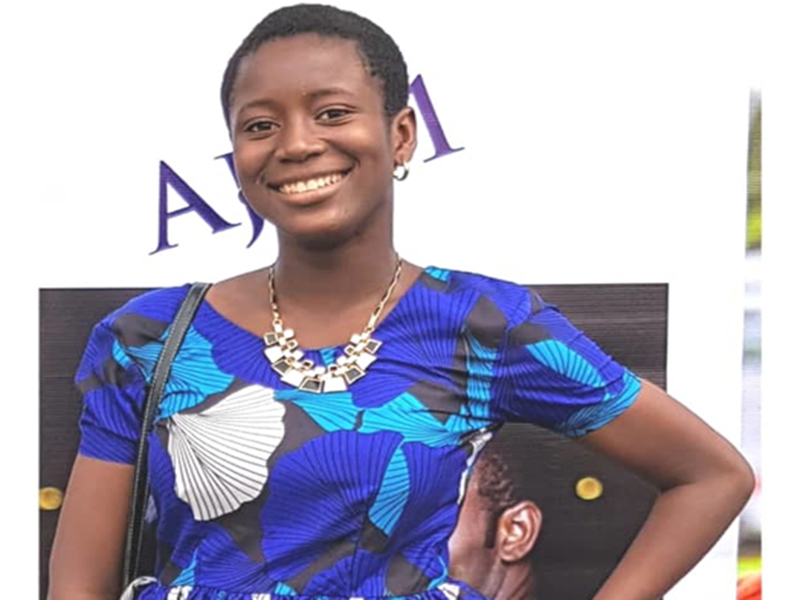 Mr. Augustus Ikhine is distressed, pained, and emotionally drained. His sorrow began on February 2 following the strange disappearance of his 16 years old daughter, Omozusi Phoebe Ikhine. It was his fourth experience of such terrible ordeal.

The teenager had taken to teaching while waiting to write the Joint Admissions and Matriculation Board (JAMB) examination for entry into the higher institution. On that fateful morning, Phoebe was said to have left for the school where she taught within their neighbourhood at Unity Estate, Egbeda, in the Alimosho Local Government Area of Lagos State, dressed in rugged jean trousers. She, however, left the school about 9am after the school head instructed her to go home and change to a more decent clothe.

According to the father, Phoebe did not go home; she chose to hang out with friends until 4pm, when she picked up her little sister from school, dropped her at home, and then went out on a bike.

Mr. Ikhine said, though Phoebe was found the next day by her mother, she eloped again after she was brought home. This time, she left her cell phone behind, keeping everyone in the dark about her whereabouts. Since then, no member of the family has seen Phoebe. She only called her mother with a private number on Thursday morning and said, “How are you, mum,” and ended the call.

The distraught Ikhine narrated his ordeal about his daughter, “She just left secondary school at 16. For her not to be bored at home, we got her a teaching job at a primary school not far from the estate, Unity Estate, Egbeda, Lagos, so that she could always have a place to go while she prepared for JAMB, since she missed her admission at UNIBEN.

“I didn’t know how she dressed, but it was later in the day when I went to the school to tell the proprietress we hadn’t seen her since she left for school in the morning that the lady said my daughter left school immediately after assembly.

“According to the proprietress, Phoebe was wearing a rugged jean, and she told her to quickly return home, change into another jean trousers then come back. She left the school about 9am and never returned.

“My younger daughter school is not far from where she teaches; it’s within the same vicinity of our home. She went to her sister’s school to pick her up, which she always did, then dropped her at home. She left her alone at home, got on a bike within the estate and left. My 13-year-old son bumped into her while returning home from school. He said when he asked her where she was going, she said she’s going to buy something nearby.

“When we didn’t see her that night, I returned to the school to ask the proprietress if she came to school that morning, but the answer was negative. I sent her series of messages, called her; she didn’t pick calls or reply text messages.

“By 4pm on Wednesday while we tried to look for her, the mother saw her somewhere – I’m sure she intentionally wanted the mother to see her. She brought her back home. While the mother was in the room trying to bathe, she eloped again, this time she left her phone on the dining table. Till now we haven’t seen her.”
Mr. Ikhine said many of Phoebe’s friends they spoke to confirmed they saw her that Tuesday morning. “They were together until 4pm, when she left to pick her sister from school,” they said. “She only came back and said she was going somewhere else.”

But did Phoebe show any sign of grievances before the unfolding of the ugly incidents?
Mr. Ikhine stated, “She has never said anything like that. I have been acting like a father. Maybe we spoilt her or maybe we were too hard on her. I really don’t let them roam the streets. But if they want to go out they have the opportunity. I go as far as giving her and her younger brother money to go to any eatery around; ‘if you don’t want to sit down, buy things and return to the house,’ I always told them, just to give them that freedom. We also go together on outings or to visit relations/friends as a family.”

The father said it was her daughter’s wont to hang out with friends for about two hours after closing time at school before coming home. “I kept telling her, when you close from school, come home. If you want to see your friends, bring them to the house so that when we don’t see you, we know whom to ask,” he said.

“At times, I leave money with her to invite her friends to the house, and tell her to buy them drinks; you people should just have fun in the house. She has never complained.”

On whether he checked her phone for possible clues on her whereabouts, the father said, “I took her out of Facebook over a year ago when I discovered a whole lot of nonsense was happening. I saw that the Facebook was crazy. She used a different name to open the account with a friend’s phone number. There was no Facebook app on the phone but she was using Google Chrome. We didn’t know. She wasn’t our friend on Facebook. We only found out after I seized her phone for misbehaving.

“All we said was if she wanted to be on Facebook, include her mother and I as friends. I replaced her Android phone with a Nokia phone.

“When she was in SS 3 and needed to correspond on some things, I gave her another phone to access the Internet because of her JAMB and her UNIBEN admission. We were running all of that. “I’ve tried to beg her, warn her, discipline her if it was too serious, especially with some of those late night chats. It didn’t stop her truancies.”
Mr. Ikhine added, “There was a period she left the house for a girl’s house, then to a boy’s house; they were age mates. We arrested him, but we sorted things out.

“This time around, when I reported it, the police said they could only make a formal complaint after 48 hours.”
But Ikhine remains optimistic that her daughter would come home unscathed.