Pastor Adeboye to Hold Mega Crusade in Bauchi 3 mins ago 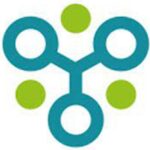 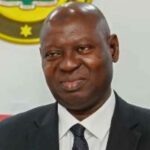 In a statement jointly signed by Atedo Peterside and Abubakar Siddique Mohammed, chairman and vice-chairman respectively, the foundation expressed concerns that many people including those in influential positions were openly disregarding the regulations designed to keep people safe from the infection.

The media organisations, which had agreed to join the initiative to name and shame those failing to comply with the regulations, would not cover events where organisers and participating refuse to observe the regulations.
The foundation said it welcomed the COVID-19 Health Protection Regulations (2021) aimed at ensuring Nigerians adhere to public health advice around controlling the spread of COVID-19.

“It is detailed and if adhered to, will go a long way towards protecting us from the second wave and the more infectious strains of the virus,” it added.
It however expressed regrets that that the regulations as good as they were, are being openly flouted.

It said: “While there is room for mass communication of the regulations – which mainly reiterate the popular, global advice about managing the pandemic (avoiding crowds, physical distancing, washing hands, wearing masks etc.) – we note that duty bearers and people in influential positions are particularly egregious in their disregard for public safety protocols.

“In furtherance of our objectives to promote behavioural change around managing the pandemic and ensuring effective stakeholder response to COVID-19, the Anap Think Tank announces our collaboration with the media to launch a ‘Name and Shame’ Initiative.

“The Name and Shame Initiative will highlight the non-compliance of newsmakers by not covering events or denying media coverage of events, where participants do not comply with the Health Protection Regulations and spotlighting defaulters in the media.”

The foundation also appealed to other media houses to consider signing up to join the Name and Shame Initiative, warning that to avoid another lockdown, all citizens must continue to act clever and take every opportunity to protect themselves.

“We cannot afford another lockdown, but we can also not afford to act like we are not in the middle of a global pandemic that has already claimed 2 million lives globally. Follow the Regulations. Mask up. Stay Safe. Remain well and alive. “

President of the Senate, Dr. Ahmad Lawan, says the on-going membership registration and revalidation exercise of the All Progressives Congress (APC) is targeted at making over 100 million Nigerians members of the ruling party. Lawan said the exercise was conceived to further democratise the party ahead of the 2023 general election and also reposition APC to win more elective seats at the state and federal levels.

The senate president spoke on Saturday after revalidating his membership of the party at Katuzu ward in Bade Local Government Area, in Yobe North Senatorial District.

He told journalists that the registration and revalidation exercise would afford the youths a critical role in governance, and provide Nigerians at the grassroots the opportunity of being major stakeholders in the nation’s decision-making process.

He added that the exercise became imperative in view of the need to weed out members of the APC, who had defected to other political parties and were still recorded in the party’s register and to also afford new or intending members the opportunity to get registered.

Lawan stated, “The youths, who will be the majority of those that would register, will now have very critical role to play in the politics of APC and the democratic process of Nigeria.

“I also want to say that this exercise is essential, because we have names of people, who have decamped to other political parties and yet their names are in the register of APC.
“We cannot continue to carry the names of people who have shifted ground. And, essentially, democracy is about the people to take and make decisions on behalf of themselves.

“This is about taking the party to the grassroots. As Mr. President said in Daura, the party should be built from bottom up.

He disclosed that the exercise would continue after the March deadline to enable young Nigerians, who attain the legal age of 18 thereafter, to have an opportunity to become registered members of the ruling party.

“The process will continue even after then, because we would have to register many more who will become 18 years of age after this exercise is over.”

Appealing to party faithful across the country to shun infighting, the senate president called on leaders of the party at the state level to embrace reconciliation and desist from attempts to thwart the efforts of intending members, who are willing to join the party.

“I want to also appeal to my party men all across the country,” he said, adding, “We should not in any way try to stop registration of any Nigerian, who wants to be a member of our party. This party has enough space and room to accommodate everyone. And, the broom is there to ensure that we don’t leave any dirt around.

“So, please, there should be no fighting, and where we have issues in any of our chapters, we should do our best to ensure that we reconcile our people.”

Lawan, who commended the Buni-led Caretaker Extraordinary Committee for its feat in reconciling aggrieved members of the ruling party, lauded the most recent effort, which restored unity among APC factions in Zamfara State.

He said, “Talking about reconciliation, let me commend the chairman of the caretaker committee, my governor, Mai Mala Buni, who has done tremendous work of reconciling people, who have fallen apart in our party. He has done so much, and I believe that Nigerians can bear witness.

“Only a week or so ago, the case of Zamfara was addressed before everybody. Today, we have been able to reconcile APC in Zamfara, credit to the caretaker chairman of this party.
“In Yobe, APC is one, and more than 98 per cent are members. I want to see a situation, where over 98 per cent get their registration or revalidation.”

According to him, the exercise “will see the party at the national, state, zonal, and local government levels moving forward to ensure that APC continues to dominate the political space of Nigeria.

“We have elections this year in Anambra, and by the grace of God, APC will win that election. We have gubernatorial elections in Ekiti and Osun – these are states that are APC – and we will continue to keep them.

“But in 2023, by the grace of God, APC should win more National Assembly, gubernatorial seats. APC should continue to dominate the Presidency, and we are not asking for 16 years.

“We want to do things that will make Nigerians to continue to trust the APC; to continue to identify with our government and presidency, because we mean well and will continue to do well for Nigeria.”