An Open Letter to Nigerian Youths 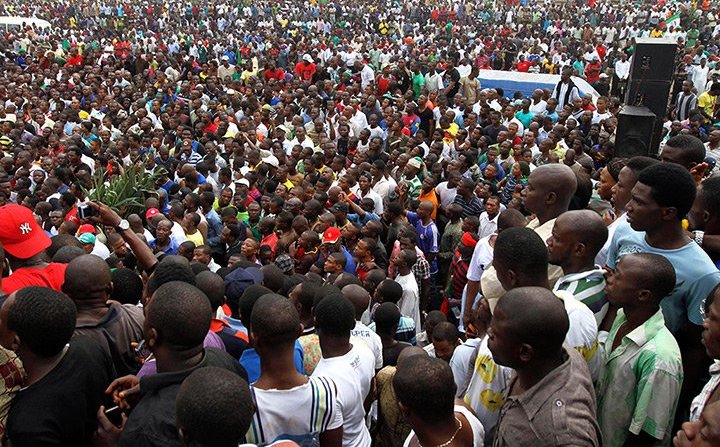 Let me start by congratulating you for your actions against the oppressive security outfit – SARS, in 2020. With those protests you dispelled the perception that you are all happy in your boredom. In those moments you gave the world an insight into your abilities, which the world now believes if properly harnessed, can be used to transform Nigeria for good. For the occupiers of power in Nigeria, you reminded them that, to quote from Amanda Gorman’s spell bounding poem at President Joe Biden’s inauguration – ‘’silent is not peaceful’’.

Check the age of Amanda Gorman – a mere 22 years old! While at it, also check the ages of those who founded the – ‘’Black Lives Matter ‘’ -the movement that is firing the world’s imagination on the fight against racism and racial discrimination. Opal Tometi, one of the founders of that movement is your cousin, born in America with deep root in Nigeria.

With this letter, it would have been worth starting with the catalogue of systemic failures in Nigeria, but I will avoid repeating the well-rehearsed failures of leadership in Nigeria. What really would one add to the case for re-ordering Nigeria, that had not been eloquently made by eminently qualified Nigerians and its friends? A few Nigerian commentators have built careers in writing about poor governance and absence of leadership in the country. Their stories occasionally have been corroborated by foreigners like Karl Maier in his book on Nigeria – ‘’this house is fallen’’, the description of a state in anomie; or the latest intervention by the Financial Times – London, 22nd December 2020 – ‘’Nigeria is at risk of becoming a failed State’’. According to the Financial Times article – ‘’the definition of a failed state is one where the government is no longer in control’’.

The prosecution has long closed its case on the need for the re-ordering of Nigeria. If there is still doubt, look no further than at the country’s rigged political system and the struggle to find proof of any of the nation’s public institutions that are functioning. In the absence of a government, citizens are now filling the void. At the state level the governors are running wild, for which there has been no end in decrying their atrocities. Their egregious financial abuse has compounded the misery and forced citizens into the margins. Nigeria – some say, a metaphor for a country existing in moral vacuum.

The question is, what can be done to rescue the country from drifting aimlessly in our unforgiven world system? I strongly suggest that our national conversations be reframed to – how and what can we do to save or get Nigeria to work for its people? Otherwise, the conversation becomes facile.

Back to what is to be done, I have heard a few argue that revolution is the answer. It is difficult to make a case against that view when those who control the levers of power continue to treat their fellow citizens with contemptuous indifference. For those in favour of a revolution, I understand few things that a revolution would immediately achieve – the swift displacement of corrupt leadership, leaving fear and terror for future political impostors. But, let me persuade you to accept that a better society is possible to achieve through a non-violent revolution – (organised civil disobedience, strikes, peaceful demonstrations, community activism). There is no evidence that we have done enough of these in Nigeria. Also, the gains made from the latter actions are organic and will be more long-lasting, they generate support and enormous goodwill, both locally and internationally.

An example of said goodwill; as the world convulsed on the emerging details of the atrocities of SARS, the Archbishop of Canterbury and spiritual leader of the world-wide Anglican Communion, Justin Welby, wrote an article in ‘THISDAY’ Newspaper, 26th October 2020, titled ‘A Time for Heroes’. It was a friendly and candid invitation for Nigerian heroes to rise and step onto the breach to rescue the country for the common good. I recommend that those who have not read that article do so as it was brilliantly written. In the article, he succinctly summarised Nigeria’s problems and offered advice on what the heroes should do, in a non-condescending manner. Unsurprisingly, he was very generous in his reach for the would-be heroes, to attract all willing converts to the course.

According to the Archbishop, the heroes could come from all those who play a role in the political and civil leadership, including the youths and the protesters against SARS. Theoretically, his position is unimpeachable. The problem is, Nigerian political leaders have repeatedly tone deaf to such calls. Evidently, their oath of office was not service to the people but self, and whatever else they believe in.

Unlike Archbishop Welby, I do not think that something good will result from the present political leadership. Certainly not the type of heroes he envisages. Nigerians have known that their political leadership is anti-democratic, self-serving, rent seeking and sadistic, causing and using grinding poverty as an instrument of control. Therefore, revelling in the submissive shibboleths – ‘’Sir/Madam, I am loyal’’.

Contrast the Archbishop’s recommendation from that of the Financial Times referred above, – “Nigeria needs a generational shift. The broad coalition that found political expression this year in the EndSARS movement against police brutality provides a shard of optimism’’. I agree with this. It is for that reason that I write as a Nigerian, to appeal for the urgency of our youths to take up the mantle of leadership. As I invite you to become our heroes, I hear the words of the late Chief Anthony Enaharo echoing. Whilst exiled in the USA during Abacha’s reign of terror, Chief Enahoro attended one of the NADECO-Abroad and pro-democracy groups’ activities in London. As one of those who welcomed him at Heathrow Airport, a friend and I later paid him a visit. Offering words of advice, he admonished that those of us who are younger must work together and show respect to our elders in the group. In summary, he used words to this effect “if any one amongst you can remove Abacha, I will serve under you, if invited. You are not too young to rule, if you have power’’. My friend and I were astonished but did not display the sign. Outside we questioned, so Chief Enahoro, one of Nigeria’s independence struggle heroes, would differ to us if we acquire power?

Nigerian youths do not delay further your quest for power. Power will not be freely offered to you. Your #EndSARS protests must not serve just as a cathartic moment. Your protests, organisation and its spread, the articulation of your message, energy and orderliness in those few days in October 2020, you were on the streets are the ingredients of a viable political movement. You need to transmit those skills shown into a political platform to seek elected offices. You must disrupt the hawks and vultures now circling to re-enact their usual visionless and uninspiring politics in 2023. As it seems that there are few registered ‘’Youth’’ parties, perhaps they should be coalescing into one visible party. The example of APC’s formation should be copied. One of APC’s commendable achievements is in helping to break the psychological barrier that Nigerians cannot form a united party capable of challenging an existing dominant one. Changing that narrative was one of the reasons, as I eluded in a previous comment, that forced some of us in the UK, for what it was worth, to support APC in 2015.

Of course, APC was gifted a huge amount of money by those who controlled the public purse to smoothen its path to power. You cannot match their start-up resources. I realise the importance of money in such a business, but I also recall what Dr. Olisa Agbakoba (SAN) said in a debriefing meeting in London after his release from Abacha’s prison. He said that the demonstration organised by United Action for Democracy which sent shivers down Abacha’s spine in 1997/8, did not cost huge sums of money. As seemingly apparent from Agbakoba’s comments, the success of the UAD was in large part due to the youths’ involvement. The youths saw a credible leadership pursuing a good cause they could align with. Just as then you have the number, message, energy and are not fixated on ethnicity or religious differences. You also have easy access to a potent modern power – digital technology. If you form a credible party in outlook and content, one not bugged down by the search for ideological purity, you would not have to solicit for moral support and goodwill of Nigerians and friends, both in and outside the country. You saw the example during the #ENDSARS protests. Nigerians and friends raised the petition to have your matter debated in the UK parliament. NADECO-Abroad, in so far as one is aware did not carry out membership drive in the UK for their activities. This was because there were willing activists on ground to support them. Equally, Prof. Wole Soyinka filled the Methodist Central Hall, Westminster, London at the launch of National Liberation Council (NALICON – now defunct) in 1997. There were willing volunteers who sold the tickets for the event.

If you cannot form a political party to wrestle power from self-serving individuals to transform society, you should at least form community of activists in various towns and villages to ask political office holders to account for their stewardship of their constituency allowances and justify their pay. State governors should be held responsible, as the pusillanimous states’ house of assemblies have abrogated this bit of their responsibilities. These dictators must be checked and stopped from treating their state as their fiefdom. If we interpret the words of Lord Acton – power corrupts and absolute power corrupts absolutely – it is to say that power has an inherent tenancy to corrupt the mind and does so, but a society would be in mortal danger if it allows anyone an absolute power.
As I end this letter, I invite you to ponder on this question – if, and Heaven forbids, the military were to seize power, how many of the governors do you think would have the moral courage to oppose them? If none or not many, then the choice is yours.
––Ogbonda wrote from London