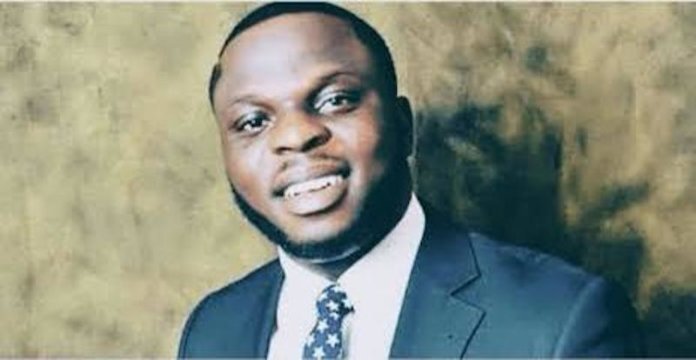 Lagos Pastor, Chris Omashola yesterday took to the internet to release original audio clip of alleged conversation between David Mike, a former pastor at Omega Fire Ministries and the founder of the church, Apostle Johnson Suleman.

Mike had earlier released an audio clip in which the General Overseer of the church, Suleman had allegedly threatened him.

While Suleman had, in video, apologised for being angry towards the lady he was rebuking her in the original audio for stalking him. The Clergyman noted that the conversation released by his former pastor was doctored and false.

Omashola alleged that Mike’s action was a criminal offence, demonic, evil, and an act of wickedness, which remained ridiculous, misleading and deceitful to the general public.

“This is hatred, Jealousy taken too far,” says Pastor Omashola.
Pastor Omashola, who played back the conversation in a video he posted on the internet, exposed how a different Mike Davids’ voice was superimposed on the original conversation to decieve and mislead unsuspecting Nigerians.

“What kind of wickedness is this?” Asked Apostle Omashola who is the Senior Pastor of Zionwealth Church Lagos. “Mike Davids’ action is jealousy, wickedness taken too far ” Omashola said angrily in the video while alleging that Mike Davids edited the audio to make it sound like he was being threatened by Apostle Suleman.

“I am in touch with Mike Davids’ wife and family, since all these happened he has never called or reached out to his kids, he has their number and knows where they live in Abuja, this is to show that this is not about his wife or kids but a failed satanic attack against Apostle Johnson Suleman and the Omega Fire Ministries, “However, it is clear that Apostle Johnson Suleman is innocent from all his evil, false allegations,” Pastor Omashola said.

Noting that Suleman is only human with emotions, Omashola said “he has his own temperamental challenges and we all do.”
He said the allegations made by Mike Davids are false, malicious and satanic and should be disregarded by the public.