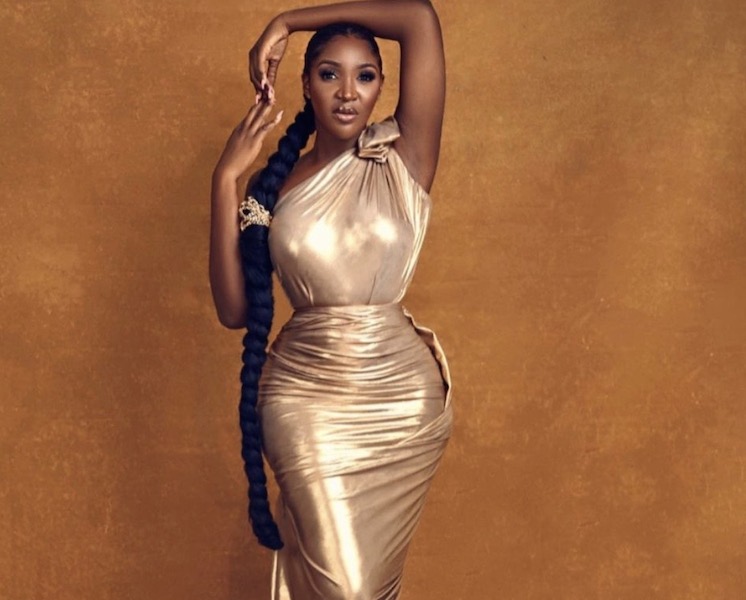 Over the years, Idia Aisien has grown from a shy young woman with big dreams, into an award-winning TV anchor, philanthropist, and one of the most sought after brand influencer, model and fashion icon in the country. She had a secret passion for acting, but it was a desire she was hesitant about dreaming out loud. She auditioned for her first ever movie role, as ‘Nneka’ in the remake of “Nneka the Pretty Serpent” and was selected to play the lead role out of thousands who auditioned. Although she had no prior acting experience, surprisingly, everything she wasn’t, made her everything she is – perfect for this role of a lifetime.

She spoke with MARY NNAH about her experience as a first time actress, the difficulties she faced and more during the official private press screening of the movie at Genesis Deluxe Cinemas, The Palms Mall, Lekki, Lagos

“Nneka the Pretty Serpent” is apparently your first time in the movie industry. Can you tell us about the journey?

This is my very first movie. It wasn’t really something that I planned for. I have always said I wouldn’t be an actress only because I really respect actors; and I know that it is a craft that some people are born with talent for and I just didn’t know if it was something I was good at. I had really admired the art of acting from afar, and often imagined that maybe I could one day try it, but’s not something I actively pursued, so I never explored it.

When I got a call that I was needed for an audition, I couldn’t believe it. In fact, I told them “I can’t act,” but they said that they saw my pictures and they liked my eyes or something and that they needed me to feature in the remake of the movie, “Nneka the Pretty Serpent”. And I said to them I don’t act. They were like just come. So, I went for that audition and got to know that they have already done many auditions and I didn’t think that I was going to get it. I thought they were using me for roll calls. So I did the first audition and was asked to send in a video.

After the first audition I sent in a couple of videos to the team because they gave scripts to people asking them to read the scripts and basically make videos. I went through another audition and another audition and sent in videos and a month and half later, I got a call and was told that I was cast as “Nneka.” Till now it just seems so surreal. I can’t believe I got the role.

What they really wanted was somebody that can play different characters at a time. So I kept sending video after video after each audition.

Like you said, you never wanted to be an actress, so what gave you the push and inspiration to forge ahead when you were called out of the blue for an audition?

Honestly I felt like I had hit a jackpot. I have worked as a presenter for one of the biggest news stations, ARISE NEWS, I didn’t know if I was going to retain that position at that time or if I was going to be hired by another station or what the plan was. But I remembered just praying to God for direction because I had lost my dad recently and that loss really confused me and I didn’t know what I was going to do. So, I travelled out of the country to see one of my friends, and there, I realised how successful some of the actors were, as I was able to learn about their inspirational success stories first hand. As I learned of those stories I was like, “if only I can act but I could never do that.” So I didn’t have a plan for acting but I just sort of felt like why not? If people could achieve all these things through this profession, then so could I. And besides, a lot is happening now with Nollywood on the global stage and so why not take a risk and see if it works?

So after accepting the role, what was it like to be a first timer?

It was far from easy. For months I had to train. I had to work out. I had to start taking classes on acting too and also had to teach myself how to swim because Nneka is supposed to be from the sea and then I started taking Igbo classes, they got me a coach; I started learning how to swim. I had to learn how to fight and so they had a fight coach, Uzi, who helped me out with that and a lot of things. So much has gone into creating the movie. Play Network really went all out with this production. So they had me really trained. It was pretty long but I really feel all the scenes were worth it. I have watched this movie now for about 15 times and I have enjoyed it every single time.

How was it like watching yourself for the first time in a movie?

The first time I watched the movie was during the premiere and I almost fainted. There were so many people watching the movie, and when they would laugh I would look back and be like “okay it is funny they love it!” Really, it is hard to watch yourself on screen, but nonetheless; I still watch the movie every single time the opportunity comes along.

For me, I think being an actress is more than just going, shooting and leaving. If you don’t promote yourself, you will never go far as you want to. I don’t believe in other people pushing me, I have always pushed myself.

How has the reception been towards your debut performance?

For me personally, in my little bubble – The first thing I was thinking when the movie first came out is: What would my family think? But immediately my sisters watched it, they were like, you did a good job! It’s really weird for me but it has been good so far from my end.

What sort of things that being on this project helped you and is impacting on you in a way?

I studied journalism and I presented for a very long time. I have tried fashion, lifestyle, news and you get to a point where you are like, what is the next step? I knew that If I was going to enter another industry, I had to enter really big. So I really didn’t know what to do to be honest. I think one of the things about me is that I am a really determined person.

Even though I didn’t think that I was going to get the role, they could see that I am a hustler. I will sit on the floor and ask my acting coach questions and even till today, I am still taking acting classes as we speak. I was just one of those people that was really dedicated. And I think that in every industry I have worked in everybody can attest to that fact. And I think that that’s what has helped me so far – never taking no for an answer. If I didn’t get Nneka, I promise you I would have gotten another movie and it would have still probably been the lead role because I am very pushy.

Another unforgettable experience I have had while working on this project, is learning how to work with people who are way more successful than me – understanding that when you walk into that room, you are just there to learn. You shut up and you learn. That has been my biggest take away.

Which of your co-actors was your biggest inspiration?

Kenneth Okoli. There was something that my acting coach was trying to help with the whole time that Kenneth is really good at. He knows how to take his time in front of the camera but because I am naturally a shy person, I just push myself to be bold, so I tend to rush things. But Kenneth takes his time, he makes eye contact, he would talk to you slowly and make sure that you understand and stuff like that. So he is really good at what he does. I remember when we were shooting Nneka the Pretty Serpent; he was shooting like three movies at the same time. So his drive and great skill were definitely a huge inspiration to me.

What was the most difficult aspect of the movie?

Actually, we put a lot of work into the movie. I had to learn Igbo even when I am not Igbo. I had to learn how to fight, how to dance, how to act and how to do many things. So this is like a very new and different realm for me altogether. But kissing was actually harder for me than the fighting. But I think the person I was working with was able to make me comfortable. He is a big cheerleader; he is a team leader and knows how to tell you what to do. I think he is a very patient person and I don’t think any other actor would have had that patience with a first time actress. So that made me very comfortable despite the difficulties.

Another challenging aspect was speaking Igbo. Like I learn really fast so I could understand a lot of the words I was being taught as well as sentences but the intonation, accent and all of that wasn’t very easy for me but it is a challenge that I definitely want to pursue. I think it is an amazing language and I saw how it brought together a lot of the actors that could already speak Igbo and I love that.

Are we going to be seeing more of you in Nollywood?

Why not, if I get hired? Honestly, I feel like I’m comfortable as it is. It is probably one of the best life or training experiences that I have had because I learned so much. I met so many people that I worked with and I have never had such an amazing opportunity with such people in an industry like this. So, it is definitely something that I would love to do again. And I have always wanted to act in roles that are with really strong characters – not every time “a nice girl,” because I know a lot of people see me as a sweet girl or whatever. So “Nneka” was a role I really enjoyed playing because it was a journey outside me.