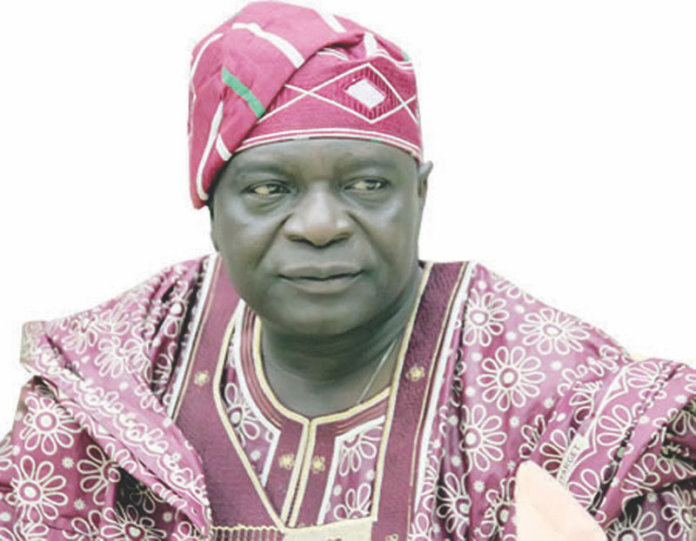 Fayemi described the former governor as an epitome of courage, dignity and character.

The governor, in a congratulatory letter personally signed by him, said Oyinlola does not stand out among his peers only by nobility, but also by “his enormous gift of garb, wits and inner stamina.”

Fayemi, who noted that Oyinlola had always been elderly in conduct and wisdom, hailed the former military governor of Lagos as a man with “native intelligence and philosophical conviction.”

He said it was not surprising that the former governor, who is also a prince of Okuku in Osun State, has emulative characters because he is a man “well rooted in palace courtesies, and has an decoration full of garlands and medals in military excellence.”

The chairman of the Nigerian Governors’ Forum (NGF) stressed that Oyinlola has earned the respect of many people as a very loyal and forthright gentleman who never betrays any cause to which he is committed.

“My Egbon, as I fondly refer to him, is very loyal and a forthright gentleman who never betrays any cause to which he is committed. His forthrightness and frankness sometimes pitch him against those who would prefer guile and deception, but for the Okuku prince, fidelity is the highest form of honour.

“Even before now, he has always been elderly in conduct and wisdom. He is truly a prince in courage, dignity and character.

“You cannot but be marveled by the depth of his native intelligence and philosophical conviction. Prince Oyinlola is unique in so many ways. The thing that stands him out is not just the nobility of his birth or the genteelness of his military education but his enormous gift of garb, wits and inner stamina”, Fayemi extoled him.

“As he joins the prestigious club of septuagenarians, I pray God to continue to bless him with good health and sound mind. On behalf of my wife, the government and good people of Ekiti State, this is wishing Prince Olagunsoye Oyinlola a wonderful 70th birthday and long life,” Fayemi stated.