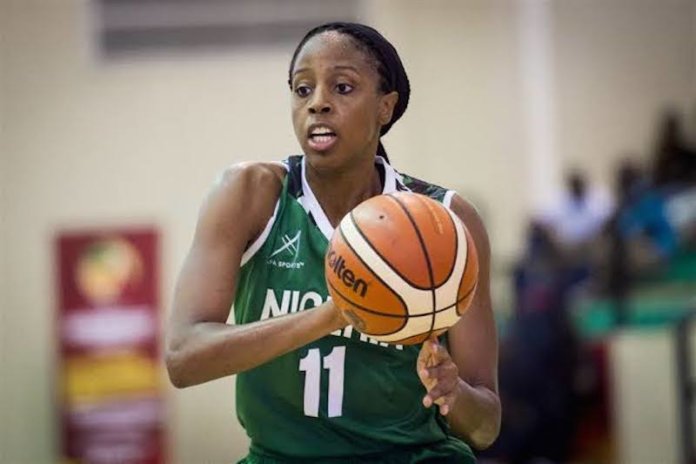 Nigeria’s senior women’s basketball team camp in Atlanta, USA is bubbling with frenzy as all the players in camp are looking for the 2020 Olympic Games in Tokyo, Japan to begin.

After Wednesday’s draw with pitted them against USA, France and host Japan, the players spoke in same language of going to the Far East to make impact.

Uni Girona Basketball Club of Spain forward Adaora Elonu alongside other D’Tigress players said it was another opportunity to compete against the best in the world.

She expressed excitement over the early camping exercise put in place by the Nigeria Basketball Federation which she believes will put them in good shape before the games.

The D’Tigress captain speaking from the team’s camp in Atlanta described the mood in camp under the supervision of Coach Otis Hughley as good and nice with the coaches more prepared than ever before.

“The mood here in Atlanta is really good and nice. We came into camp where the staff were already prepared. Before we entered the camp, they had instructions for us, they had work outs set out for us so that when we come, we will be well prepared and know what to expect.”

Speaking on behalf of her teammates, Adaora revealed that the camping and a renewed focus on the Olympic Games is a nice break for most of the players plying their trades in Europe and within the United States of America.”

“Everyone here is really excited and focused. I think it’s a nice break for us from the teams that we have been playing in Europe and some in the United States. The atmosphere is really nice and one of excitement of what to come when we get to the Olympics in Tokyo”, Adaora said.

The 10-day Atlanta training camp which started on the 31st of January will end on Monday, 8th of February.