DAILY MONITOR, a Kampala-based newspaper, carried a report about a translator who ignored a Hollywood event in preference for transcribing into LUGANDA films by Nollywood. This evidence of mind-colonialism across Uganda through eyes and ears recalled colonialism through ears by musicians from Mobutu Sese Seko’s Zaire (now Democratic Republic of Congo). Their dance music dethroned British and American pop-music.

Mobutu began to receive hostile reportage from Euro-American media when his doctrine of ‘’Authenticity’’ had hostile stings. His people were required to stop using Jewish/Christian names because God had for centuries known their native names. Moreover, Catholic missionaries had supported brutal practices by Belgian administrative officials, including: cutting off hands of over five million people for not tapped specified quantities of rubber latex. To carry Christian names is to forget this terrible crime. Nollywood should harvest the Mobutist and Belgian wings of Congo’s history.

Mobutu became notorious across Africa for personally colluding with American, British, Belgian, French and South African racists in the assassination of Patrice Lumumba. Lumumba had rashly threatened to invite Communist Russia to help in ending the secession of mineral-rich Katanga Province. Kwame Nkrumah rebuked him for being impulsive and reckless. Professor Cheik Anta Diop noted that on the eve of Congo’s independence, American officials had dug out a hill known to be rich in uranium ore and carried the harvest to the United States. Such a resource for making nuclear weapons was not to reach Communist Russia.

After pushing politicians from power, Mobutu started a journey of self-redemption. He formed a single political party- the Popular Movement for the Revolution – to counter the multitude of tribal political parties created by Belgian intelligence operative for stopping a latent nationalism of anger against brutal colonial exploitation hungry for Lumumba’s radical rhetoric.

To heal separatism, he toured his vast country six times a year; stopping to make speeches which lasted for up to five hours. He had the example of Fidel Castro in Cuba. Julius Kambarage Nyerere’s example crossed their common border. Here again is intellectual pounded yam for Nollywood’s appetite.

For artists with longing for blazing guns, Mobutu’s biography is rich with armed drives to overthrow him. The legendary Che Guevara arrived in Tanzania disguised as a Russian businessman on a flight from Moscow. He met Laurent Kabila guzzling alcohol in Dar-es-Salaam being swooned over by pragmatic prostitutes.

Mobutu’s collaboration with the CIA in supporting Jonas Savimbi to overthrow the socialist government in Angola, earned him invasions by combatants anxious to take control of Katanga. Troops mobilised by the Unites States and Saudi Arabia, flew in troops from Morocco, Senegal and Togo to save Mobutu’s swagger.

That pride would be crushed by an alliance involving Tanzania, Rwanda, Uganda and Chad given legitimacy by British and American diplomatic, military and media support. The nation-building he had invested in was devastated by wars cynically labelled as ‘’Africa’s Third World War’’. He fled and died in Morocco as a man abandoned by former allies who rejected his distributing foreign businesses, farms and mines to an emerging local Congolese capitalist class. While former allies had tolerated his cultural ‘’authenticity’’, they detested its economic version. There is a rich ‘’One-Pot’’ here for Nollywood’s pool of genius to chop.

From under Mobutu’s shade a large number of women inventors blossomed. These inventions were diverse, including an artificial traffic police official. Vice President Kamala Harris probably carries a gene from this pool of tenacity and genius in women. Her Caribbean roots may stretch back into Congo.

Such ancestral roots would come with urgent responsibilities. During her presidential run, she waved her flag of triumphal defence of public welfare against selfish big businesses. A United Nations Committee accused 83 multinational corporations of supplying small arms to gangs of militia to inflict violence on communities sitting on deposits of cobalt, coltran, diamond, zinc, etc. Top military officers from Uganda and Rwanda have also been accused of this economic piracy.

Between the fall of Mobutu’s government and the exit of Joseph Kabila, it is estimated that six million civilians have died from this economy of violence. It has remained more murderous than COVID-19. Kamala Harris heads a government pledged to reversing environmental genocide. This record of diplomacy by economic violence against the Democratic Republic of Congo must be combated. Her government can help the African Union to develop the capacity to collectively intervene in this matter. Nollywood should be supported. 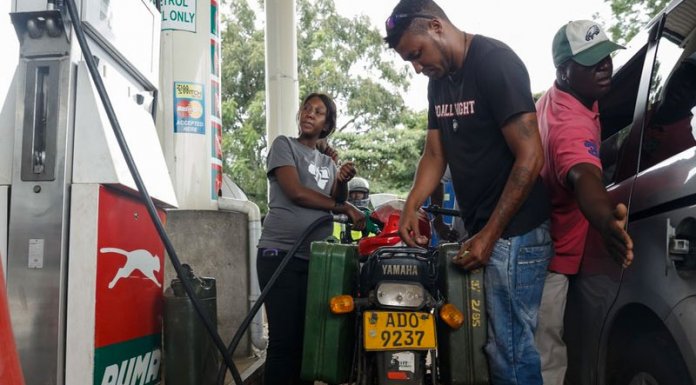