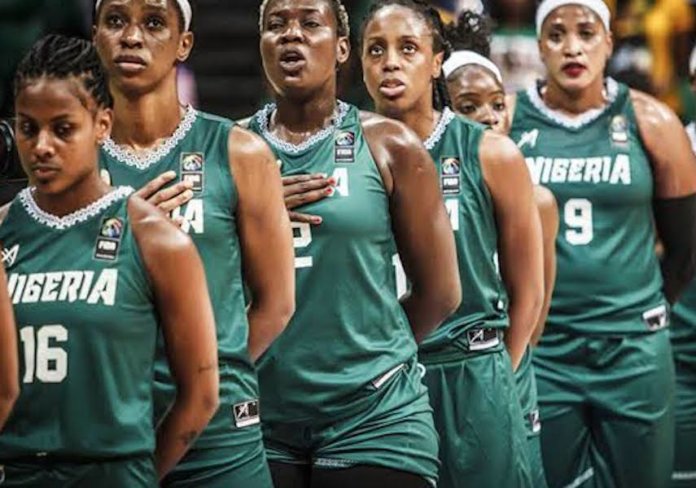 Despite Nigeria’s senior national women’s team’s pairing along with world number one, USA, European powerhouse France and 2020 Olympics host-Japan in what many have described as the ‘Group of Death’, the leadership of the country’s basketball federation have insisted there is no cause for alarm.

While reacting to the draw conducted on Tuesday, President of NBBF, Ahmadu Musa Kida, insisted that the federation will be focused on preparing both teams well for the challenges ahead in their quest to make Nigerians proud.

Kida said all the 12 teams at the Olympics have reasonable chances of winning the tournament, hence there are no minnows anymore.

“Nothing good can be handed to you on a platter of gold. You have to work hard and be ready to seize the opportunity when it comes because to be the best, you have to beat the best,” stressed the administrator who have created a niche for Nigeria in the continent and the world at large.

The NBBF chieftain believes a lot can still happen between now and when the games tip off, with Nigeria capable of upsetting bookmakers predictions and the fate of teams.

“We have to be focused on what we have to do as a federation with the help of the Federal Government of Nigeria through the Ministry of Sports to ensure we adequately prepare the team, get the right personnel for the challenges ahead.”

On his part, Head Coach of the D’Tigress, Otis Hughley, described USA and world number five- France as familiar foes.

“We met USA and France at the last World Cup in Spain and again faced USA at the Olympics Qualifying Tournament in Serbia last year where we qualified for the Olympics.”

Otis who led the team to the quarter finals of the 2018 World Cup thereby setting an African record before winning the 2019 FIBA Afrobasket championship noted that, “We are mindful of the threat these teams pose to us including Japan who are ranked 10th in the FIBA ranking. We are going to prepare adequately to ensure that when the time comes, we will be ready.”

In an unprecedented fashion prior to any Olympics, D’Tigress are currently camped in Atlanta, USA months before the games under the watchful eyes of Coach Otis.

The Olympics games will be held between 23rd of July and 8th of August, 2021 after its initial postponement due to Covid-19.