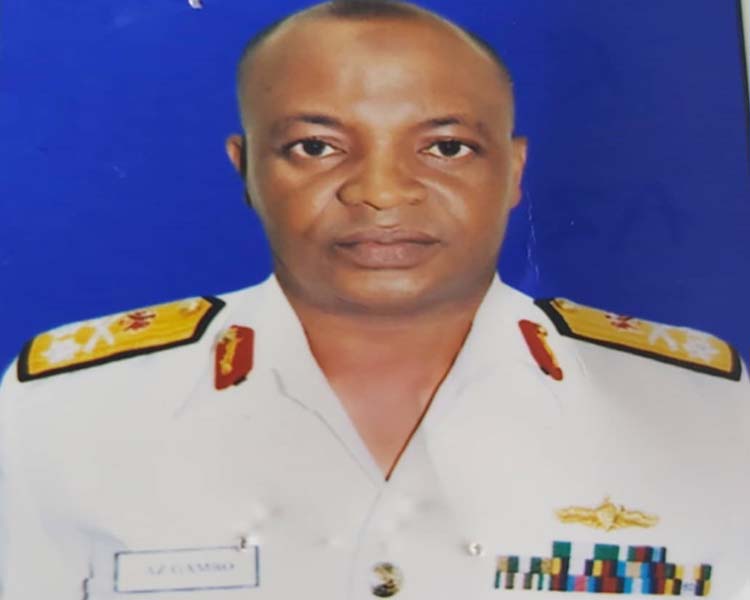 He gave the warning at a meeting with Principal Staff Officers (PSOs), Flag Officers Commanding (FOCs) and commanders of autonomous units where he unveiled his mission for the Nigerian Navy.

At the meeting, which was held at the Naval Headquarters in Abuja, Gambo said his administration would not condone indiscipline and criminal activities.

A statement issued by the Director of Information and Publicity, Commodore Suleiman Dahun, said “the established policies and measures to sanction identified Nigerian Navy personnel that collude with economic saboteurs, drug traffickers/barons, bandits, kidnappers and armed robbers shall be overhauled and strengthened”.

The new Navy boss warned personnel to avoid any act capable of tarnishing the image of the Nigerian Navy.

“Such acts would be met with heavy sanctions to act as deterrence to others. On the other hand, Nigerian Navy personnel that exhibit high integrity and positive attributes that portray the NN in good light shall be rewarded handsomely”, he said.

Gambo stated that his vision was “to leverage on all factors of national location, technology, training, teamwork and synergy to re-energise the Nigerian Navy and enhance her as a well-motivated and ready naval force in the discharge of her constitutional mandate and other assigned tasks in fulfillment of national security objectives.”

The CNS noted that to achieve this vision, his administration would focus on some key drivers to ensure personnel welfare is accorded high priority towards enhanced patriotism, integrity, productivity, innovation, commitment and dedication.

“It will also focus on human capacity development through result-oriented training for enhanced professionalism and as well strengthening logistics support and maintenance capabilities to sustain equipment serviceability and platform availability”, he said.