The re-arraignment of former governor of Abia State, Senator Orji Kalu was yesterday stalled at the Abuja Division of the Federal High Court.

The court had last year scheduled Kalu’s re-arraignment on charges of corruption, misappropriation, fraud amongst others for February 2, 2021.

His re-arraignment was sequel to the order of the Supreme Court, which had nullified his conviction and subsequent sentencing on corruption charges.

The Economic and Financial Crimes Commission (EFCC) had first arraigned Kalu in 2007 before the Federal High Court in Abuja on alleged fraud to the tune of N7. 1billion.

The case was later transferred to the Lagos Division of the Court where Justice Mohammed Idris at the end of trial handed down a 12-year jail term for the Senator representing Abia North senatorial district at the National Assembly.

However, after spending about six months in custody, the Supreme Court in a judgment set aside his imprisonment on the grounds that it was illegal because the trial judge, Justice Mohammed Idris was no longer a judge of the lower court when he passed judgment on Kalu.

The apex court consequently ordered a fresh trial of the case.

When the matter was called on yesterday, prosecution counsel, Mr. Chile Okoroma, informed the court of a letter to the Chief Judge seeking the transfer of the case to the Lagos Division of the Court.

He said that the request is predicated on previous decision of the Federal High Court and the Court of Appeal, which held that “no element of defence in the charge took place in Abuja”.

Okoroma, accordingly urged the court to adjourned the matter indefinitely pending the decision of the Chief Judge.

However, trial judge, Justice Inyang Ekwo declined adjourning indefinitely and fixed June 7 for report on the decision of the Chief Judge.

Meanwhile, the former governor has asked a Federal High Court to prohibit the EFCC from retrying him on the same alleged money laundering charges against him.

Kalu in an exparte application through his lawyer, Prof. Awa Kalu (SAN), submitted that having been tried, convicted and sentenced in suit number: FHC/ABJ/CR/56/ 2007, by the court, it will amount to double jeopardy if he is subjected to a fresh trial on same charge.

Kalu, in the motion is also seeking for an order prohibiting the Federal Republic of Nigeria, through the EFCC (her agent), her officers, servants, others, agents, privies and any other person or bodies deriving authority from the Federal Republic of Nigeria, from retrying him on charge No. FHC/ABJ/CR/56/2007 between FRN vs Orji Kalu & 2 ors or any other charge based on the same facts de novo, there being no extant judgment and ruling of a competent court in Nigeria mandating same.

An order prohibiting the Federal Republic of Nigeria, through the EFCC (her agent), her officers, servants, others, agents, privies and any other person or bodies driving authority from the Federal Republic of Nigeria, from retrying, harrassing and intimidating him with respect to the charge as concerns charge No: FHC/ABJ/CR/56/2007 between FRN vs Orji Kalu & 2 ors or any other charge based on same facts as he need not suffer double jeopardy.

Kalu further asked that his application if granted should operate as a stay of proceedings until the determination of the application or until the Judge otherwise orders.

In a 21 paragraph affidavit deposed in support of his motion, the applicant chronicled the historical background of the trial from his first arraingment and re-arraignment in 2016 and 2017, before the Abuja division of the Federal High Court after the initial charges were amended by the EFCC.

He also recalled that following an application by the EFCC, to the Chief Judge of the Federal High Court, the charge was transferred to the Lagos division of the court and was assigned to Justice Idris (now a Justice of the Court of Appeal).

That upon the transfer of the charge to Lagos, he bore the cost of movement of his entire legal team from Abuja to Lagos, including the cost of accommodation up till judgment.

Senator Kalu disclosed that at the trial, the prosecution called a total of 19 witnesses and thereafter, closed its case, necessitating him together with other defendants to enter individually and respectively a no case submission.

He stated that Justice Idris in his judgment on December 5, 2019, convicted and sentenced him with respect to the extant charge.

He argued that there is no extant ruling or judgment of a competent court in Nigeria ordering his trial having regard to the fact that the Supreme Court excluded him from the explicit order for retrial arising from charge No: FHC/ABJ/56/2007.

He added that the unassailable position of the law is that no person who shows that he has been tried by any court of competent jurisdiction or tribunal for a criminal and either convicted or acquitted shall again be tried for that offence having the same ingredients as that offence serve upon the order of a competent court.

That his trial having been pronounced a nulity by the Supreme Court in it’s judgment of May 8, 2020 and without more cannot entitle the EFCC to institute the same charge against him.

After listening to Awa Kalu (SAN), Justice Ekwo then announced that ruling in the application would be delivered reserved on Monday, February 8, 2021. 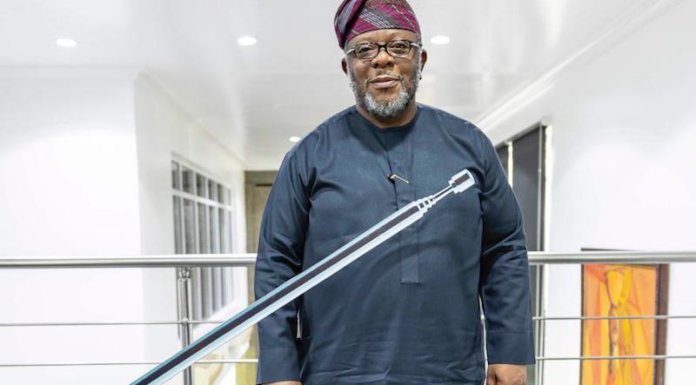