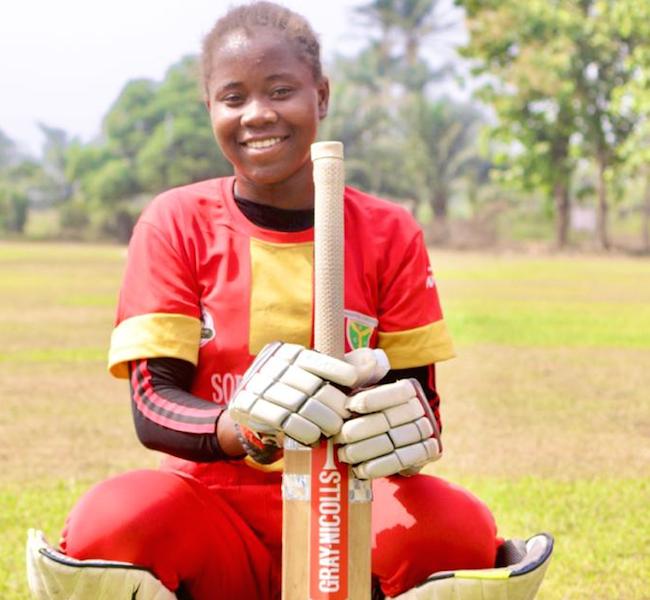 South-south teenage sensation, Lucky Piety, was the centre of attraction of the National Finals of the Under-17 Girls Cricket Championship after leading her team to victory at the Edo Boys High School Cricket Oval yesterday.

Rising from her record-breaking century at the opening game against South-west on Wednesday where she became the first Nigerian cricketer to achieve such feat in a T-20 match, Piety gave a commanding performance at the closing event.

Vice President of the Nigeria Cricket Federation, Uyi Akpata said beyond the excellent performance of the South-south team who won all their three matches at the finals of the girls’ tournament, the Federation was more impressed at the individual talents that were thrown up at the championship.

“When a teenager sets a national T20 record, that is a great achievement and huge leap for cricket development.

“We also had great fielding implementation from the South-east team and great bowling actions from a couple of players too. The good thing here is that beyond Piety Lucky, we have a number of great show by players from other regions as well. We are proud of the developments from the different regions.

“Performances from these girls have justified the investment in various grassroots developments at different regions of the country and more importantly, we have great players that can be drafted into camp ahead of national assignments,” enthused the NCF Vice President.

Piety was awarded the Best “Batman’, and the Most Valuable Player of the girls’ championship. Rejoice Assam was the Bowler of the series with Uba Herrieta voted the Best Fielder.

The coach of the winning side, Esewi Peter, added that the victory was a product of the hard work from his region’s team.

“This team is made of players from Edo, Rivers, Delta, and Akwa Ibom states. Credit also goes to all the Regional Developmental Officers that worked on each of the players,” he noted.

Speaking after the event, Piety said that she was grateful for the accolades and believes she was fortunate to have played well, as there were other equally talented batters and bowlers in her team.

North-central team finished second behind South-south after defeated in the finals by seven wickets. The South-east team placed third while the classification match for the fourth and fifth team was won by the South-west who dislodged the North-west team.

The Boys’ final of the National Under 17 Cricket Championship will hold from February 4th to 7th at the Edo Boys High School Cricket Pitch.