APC, PDP Have Nothing New to Offer Nigerians, Says Katsina Accord Party Guber Candidate 27 mins ago

We Need to Consult Oracle to Tackle Corruption in Nigeria, Says Lawmaker 34 mins ago 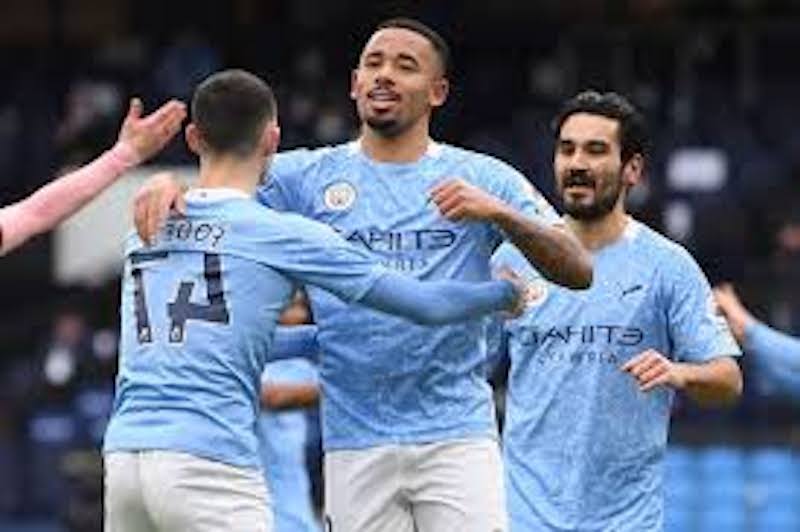 It was not a vintage City performance. Aside from Jesus’ close-range strike from a Ferran Torres cross, an instinctive header from Bernardo Silva, created by a stray Oliver Norwood header, was their only effort on target until Aaron Ramsdale denied Oleksandr Zinchenko and then Aymeric Laporte from the corner that followed.

Ramsdale also kept out an injury-time Jesus shot. But the Blues’ defensive strength was again on show. Pep Guardiola’s side have now kept five clean sheets in a row in the Premier League and an impressive 11 out of 13.

It was certainly far too strong for a visiting team who never looked like emulating their victory at Manchester United three days ago and remain rooted to the foot of the table, 10 points adrift of fourth-bottom Brighton.

And for Guardiola it was a staggering 500th win of a managerial career of 673 games.

It has been a strange season so far for Gabriel Jesus. Given Sergio Aguero has been missing virtually all season, the Brazilian should have been the focal point of City’s attack.

But Jesus suffered a thigh injury at Wolves in the opening game of the season, then missed a game against Southampton with a tooth problem before returning a positive coronavirus test at Christmas.

The stop-start nature of his season has prevented Jesus getting the flow of games he needs to make the scoring contribution Guardiola would have hoped for after goals in both his first two league matches of the season and nothing in the nine that followed.

His third was clinical enough, although the visitors’ defence helped him by not getting near enough to prevent him controlling and driving home Torres’ cross from the edge of the six-yard box. However, as they had already allowed Torres to recover his position after finding himself on the ground in the build-up, it was not their worst error collectively.

After that though, Jesus was relatively quiet and only burst into life in the final minute, when he did the right thing in opening his body up to shoot at Ramsdale, only to steer his effort straight at the Blades keeper.

Another shock like Sheffield United’s victory at Manchester United three days ago was probably too much to expect of them.

After all, they have only beaten both Manchester clubs away from home in a single season three times in their entire history.

It is now 20 years since they last scored in an away game against City and there were not many occasions when it appeared they might break that barren sequence.

Club record £23.5m signing Rhian Brewster did turn sharply on the edge of the box in the opening period, only to shoot straight at Ederson. Jayden Bogle had a better shooting opportunity from a similar distance after the break, only to snatch at the effort and send it way off target.

The nearest they came to an equaliser was at the end when John Fleck fired narrowly wide from the edge of the area. But even that was not close enough to give City any real scare.

A clash of heads between City midfielder Phil Foden and Blades counterpart John Lundstram at the start of the second half and another between Aymeric Laporte and Oli McBurnie later in the game brought medical staff from both teams on to the field.

Thankfully, there was no major damage and all four were able to continue after treatment. However, it was a reminder of the physical nature of the game, which is why, should such incidents occur from 6 February, two additional ‘concussion substitutes’ will be available after a trial for the remainder of the season was confirmed on Friday.