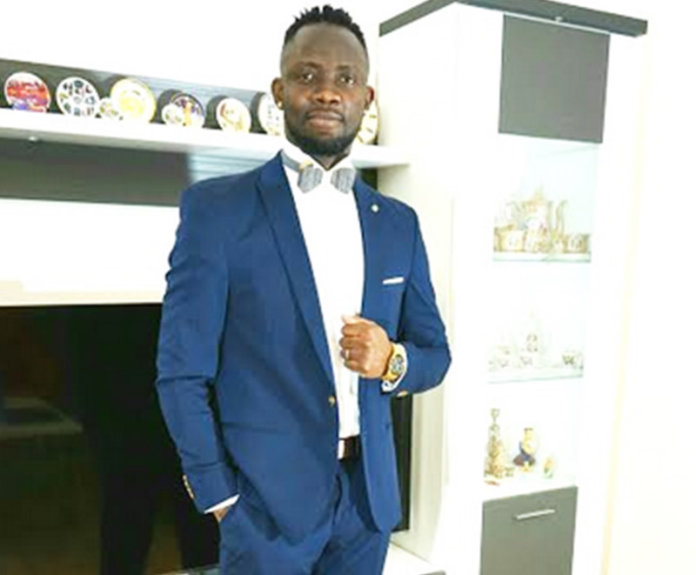 Europe-based Nigerian artiste, Ifeoluwa Daniel Ayeni aka Moriento is an artiste who draws inspiration from great musical icons like afrobeat legend, Fela Anikulapo Kuti, Orlando Owoh and DMX. The rap/afrobeats artiste is working on a couple of projects that are ready to hit the airwaves. He recently released his “first activism” kind of music with the title ‘Home Training’. Moriento shares his experience and music journey in this interview with Ferdinand Ekechukwu

Who is Ifeoluwa Daniel Ayeni, aka Moriento?

I’m an artiste, a composer and a lyricist; I do Afrobeats and rap music. I’m presently base in Baltic, Europe. I hail from Ondo state Nigeria, Akure to be precise. I bagged a degree in Philosophy, at Adekunle Ajasin University, Akungba Akoko, Nigeria. I am the last in a family of six.

How did your music journey begin?

I started as a kid out of mumbling. My immediate elder brother who goes by the name Seyi once told me that I was around the age of 3 when I had my peer group gathered in our neighborhood leading a chorus that has no exact meaning. He said I started singing: “idiye adidiye” he said before they knew it, other kids around my age joined me, that whenever I say ‘idiye’, the kids will reply, ‘adidiye’. By the time I was in primary 5 at Command Children School, NDA Cantonment, Kaduna, I was lucky to have an elder brother who goes by the name David, he was professionally into music in Kaduna under the group called “The Bishops”. He was their lead vocalist and they always rehearsed in our house back then in the mid 90’s. This eventually influenced me greatly to start composing my own songs.

Can you share with us your memorable experience as an artiste?

I have so many, but let me give you two unforgettable experiences as an artiste. First was when my local band and I spoiled our class teacher’s table while I was entertaining my primary school audience after school hours in Kaduna. My drum boy (Banbangida) was using two short rods to play beats on the teacher’s desk while I was singing. My teacher was so furious the next day when he saw his desk with dents, he went to report the case to the head mistress, the head mistress then came with some other teachers that were in the school. When they arrived, she asked who did it, I came out, she asked why? I said we were rehearsing my new song. She said okay, she wants to listen to the song. At the end of the day, it became an open school show that even the teachers began to dance and vibe to my live play. I was eventually scheduled to entertain guests at the school end of the year and primary six-graduation party. Another is when I started music as a professional, the DJ stopped my music in the middle of my performance, I continued my performance without a pause, and the crowd went gaga.

What’s your parent’s reaction when they learnt that you want to become an artiste?

They never discouraged me; my late mom wanted me to be a gospel artiste. Although my late dad wanted me to be a chartered accountant and join the Army, going to the University to study Philosophy changed his wish in that regard. He later encouraged me to make good use of my music talent after he watched one of my live performances on TV, he was proud of me, based on the way I moved the crowd, when I got home, he shook my hands and told me to keep it up. He advised me to start listening to the likes of Fela, Ebenezer Obey, Sunny Ade, Olando Owoh and Bob Marley.

After your debut single ‘Aye Dun’, followed by “Your Beauty”, which you released in 2016 under Chibana entertainment, you went underground. Why?

Actually my contract ended with Chibana Entertainment in December 2017, I relocated to Europe in January 2018, I kept doing music, I released ‘Hold Me Tight’, ‘Let You Know’ and ‘Let’s go’ under Muzik Jail Records. These songs were majorly promoted in Europe. That is why it seems I went underground. But in the real sense, I was very active in the entertainment industry performing in different events in Europe.

What motivates you as an artiste?

Anything motivates me. It could be pain, hurt, love and care; it could also be social injustices.

What discouragement have you faced?

Yes, I have met a few people that tell me to my face that they are not fans, but that doesn’t move me an inch, because the people that encourage me are ten times more than the few that discourages me. People even dash me cash during performance or buy me drinks at clubs just to show their support to my brand. However, even some of the few that told me that they are not my fans, turn out to be my craziest fans after they watch me perform live. They dare not escape the energy.

What are you presently working on?

I have many projects that are ready, but presently, I just released my first activism kind of music with the title “Home Training”. I think the spirit of Fela Anikulapo Kuti in this very song possessed me.

How would you compare Nigerian artistes with those abroad?

Nigerian artistes are world class. Their creativity has given them world recognition. Out of little, they have been able to display their talents and export it to the world. Nigerian Artistes are number one in Africa; even the whites are now rocking our songs with pride. Imagine if we have the support from the government like other developed nations, we will do wonders. However, I know that we are just warming up.

Many artistes are into the entertainment industry doing the same thing. What makes you different from the others?

My husky voice is an advantage and my lyrics and composition. A good number of Nigerian artistes / world artistes shy away from socio-political topics or use their music as a force to tackle social injustices; this is where I tend to bridge the gap. “Home Training”, my latest song will give you a clue of where I am coming from.

What do you think about the effect of the COVID-19 pandemic on the Entertainment industry? How has the pandemic affected you?

Covid-19 is really affecting the entertainment industry, but we have to improvise. I was supposed to shoot a ‘Home Training’ video on the street, but I have to improvise due to the lock down in this part of Europe that I reside.