Aero to Commence Operations with Arrival of 5 Q400 Aircraft 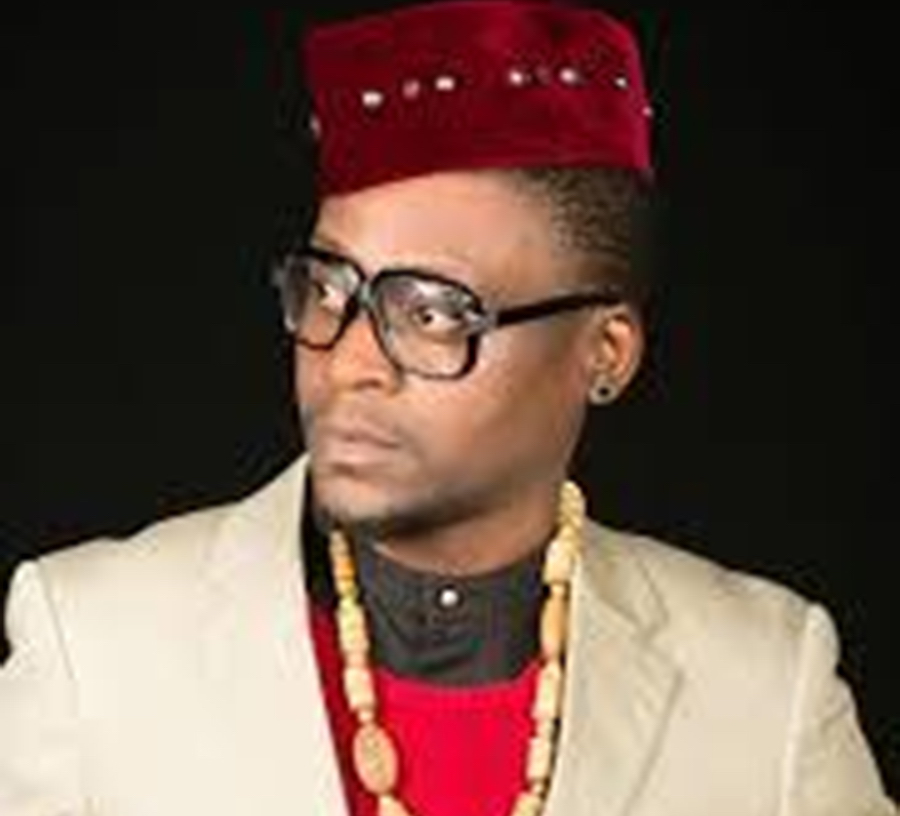 Jaajo Mbadi, the Prince of Njaba wears that image of the cosmopolitan young and successful music icon in the mold of Davido or Boy George reclined on a sofa, in a palatial mansion somewhere in New York’s exotic Long Island or Orange County. On a cool Saturday morning, you could, expectedly though, hear his tribe listening to the rarefied jazz music of Miles Davies or Fela Anikulapo Kuti’s ‘Lady,’ all to gain inspiration for something new, this time a new singles-The Land is Blessed dedicated to the victims of our recent tragedy as a people, and summarized as #Endsars.

He smiles to a question on his networth since he left his country for the American experience. His response suggests he is still struggling to build his Taj Mahal but on toothpicks while waiting for the big break. He nearly made it with his #Endsars campaign. Like Gianni Versace, he wanted to give to the world a fantasy of unrestrained opulence, through the glamorisation and fusion of Afrocentric sound of Afrobeat, highlife and calypso with a Cameroonian princess rendering the lyrical wrap on #Endsars: “Brutality of innocent people wey them they shoot; them they kill innocent people wey no get shishi, in a land blessed by the Almighty Creator.”

The Njaba prince’s evangelism is all about the power drunk, pixilated, deceptive and self-serving Nigerian politician. Has this drumbeat of protest or complaint earned him respect, clout and fortune? Respect may be, just maybe, but not clout which comes with fortune. That is why he sings to earn the adulation of the patron saint of patriotic lost causes and noble grudges against a leadership that does not give a hoot how the led feels about him as long as he can part with some of his loot for continuity sake.

The Song of Protest-The Land is Blessed, a reminder of T.Y. Bello’s Greenland, soon gave Jaajo, the sobriquet of a revanchist African artist. Jaajo wants to stand shoulder to shoulder with his foreign collabos, in his cultural revanchism of African music, not necessarily to lean on the advice of Werner Spies, that German art historian who once asked artistes to beware of dilettante and supplicatory patronage. Spies had chided Max Beckman, Wilhelm Lembruck, and Auguste Macke for their supplicatory visits to France against what he called the French patronage of German art.

However one of Jaajo’s producers, the erudite Walter Blankson offered an explanation on why he did not hesitate to identify with him as a budding artiste of Afrocentric background. According to Blankson, Jaajo’s originality in weighing in along with fellow artistes recommended him strongly as the new kid on the block, hence his willingness to breathe life into his kind of music. Add this to what he calls the blithe irresponsibility of the African big man whose brutality and sit tight, do nothing mentality, is a well-known trait all over the world, then the message of #Endsars as Jaajo’s evangelism portrays, becomes a wailer’s refrain that resonates globally.

Meet the appealing young lady Naomi Achu, the US based Cameroonian polymath and rap artiste who offered the female lead to lend her voice against the brutality of African sit tight governments. Achu, the beautiful wife of Nigerian born Dayo Chiedozie Akinwande, belongs to that generation of the African child that has risen against a jaded old system of leadership, crusading for an Africa, in this context a Nigeria that radiates deep freshness and unsuspected candour that holds a great hope for the youth. The Queen of Bamenda, as she is best known, like many youths of the land, wants to carry her destiny out of her own sweat with a career that can place her on the threshold of fortune, only if the leaders can create the right environment for the youths to grow and bloom. Naomi’s hit single Alhadji, depicting her deceit of the affluent in society, was the favourite of Big Brother Africa, Season 8.

Adds Achu: “Being an African and a Cameroonian makes it imperative I join in the #Endsars campaign. And so when my brother Jaajo, whom I have known for years asked me to join him in the campaign, I had no option but to respond, after all, people all over the world are using their voices to let the government know how the people feel.”

Indeed, nowhere was this more manifest as in the US with George Floyd screaming: “I can’t breathe,” and “where is my mama,” as the jackboot of a scoundrel snuffed the life out of him before a bewildered nation that wailed and raised its voice to God insisting that black lives will always matter.

Whatever happens, the man of the moment Jaajo croons on the beauty of a celebrant as he sneaked into the country for his third album as well as updates his second love as a clothier with his brand Fresh and Glamour Couture on the rise.

Listen to Jaajo’s comparison between his country and the foreign land he currently inhabits: “The song I did on the land is blessed was an old song which was in the works. The initial beat was Niger is blessed but considering what happened in the US culminating in the Black Lives Matter movement, the death of George Floyd and others, I saw a global movement against injustice when in Nigeria #Endsars resonated globally especially with the shooting of the protesters.”

In all this crises, Jaajo saw a rhythm of unity in humanity’s rise against man’s inhumanity to his fellow man. There is a correlation between what is happening in Africa and what is going on around the world, he argues.

“I have been fortunate here,” referring to his American experience, “with little or no unpleasant experience. In Nigeria I have had an unpleasant experience with the police. I once sent a car home and asked a friend to help me sell the car. He did and pocketed the money. I got him arrested. The police released him and asked me to forget it. I resorted to SARS at Ikeja. He was arrested and his brother tried to bail him. SARS surprisingly was pleading on his behalf, that this man was not in a position to pay me, a criminal at that. An agreement was reached on mode of payment and the police or SARS added it would be the one to receive the payment with a ten per cent of my money coming to them. The first payment was made and I was not put on notice. #SARS pocketed my money and nothing was heard of subsequent payments. I became so frustrated I forgot about the whole arrangement.”

That explains the background to his current music and the Lekki shootings that halted the movement. Jaajo’s dream world goes beyond #Endsars and Niger the blessed land.

Jaajo wants to be celebrated as an icon and legend of the music industry, a God-like Afrocentric artist, he says. “Afrocentrism is essential in defining my genre in music. My audience should not be mistaken in knowing where I come from and the leaning of my kind of music.”

The Afrocentric singer says he has to tell the African story to other parts of the world: “I had always striven to see my music embedded in Afrocentrism either in the message, the lyrics, the rhythm or my appearance; the culture of the people must be the selling point to the global community. That is the dream, the vision. Mine is a combination of Afrobeat, highlife and calypso. What matters is what you have to offer.”

Is he ready to project and bring the inner dream to real life? Jaajo’s response: “That is the heart of the matter. It is disappointing the way things are back home. If those in government are ready to restructure every part of society for positive results, I don’t see any reason why we should be here. Your home is your home, no matter how bad it is. It is true that east or west, home is the best. Each time I come home, there’s a kind of comfort and joy that floods through my consciousness.

Sadly, last time Jaajo got a call from his Maryland home, it was to bury his mother, Celestina Owubenne Mbadi (nee Mar’obi Diya). “It is unfortunate that things are the way they are,” he laments and adds, “unlike here and typical of the western world, things are structured to make life more fulfilling. For the youths, all hands must be on deck if we must re-write our story in the quest to make our country a better place. I am ever ready to be part of that journey, to be part of that movement, even if it means lending my voice as an artist to actualize that dream. Apart from that it is what it is, a crusading song for correction, for reform, for making things work.”

The video stream rotates from an idyllic beauty of modern architectural designs, clean, well paved streets and undulating trees lined with state of the art homes, to junkyards in a thick bush where the Nigerian Customs Service hides its so called seized vehicles and seized materials of all kinds ready for auction.

“This is nothing but a reflection of anger, disorganization, disunity, the ugliness surrounding the situation we find ourselves,” Jaajo laments

Jaajo has a parting message to the Nigerian youth: “My message to the youths is to be upright. They should fight for their rights. They must not allow the campaign against bad leadership to degenerate to the point of making them lose focus.

“We should have a stronghold on the society. We have to stand our ground to resist oppression and anarchy. That is on the side of the government, on the side of individual development, we should always be focused on our careers and endeavours. It may not come now but it will definitely come with prayers and consistency. It is disappointing the way things are back home but don’t give up.”