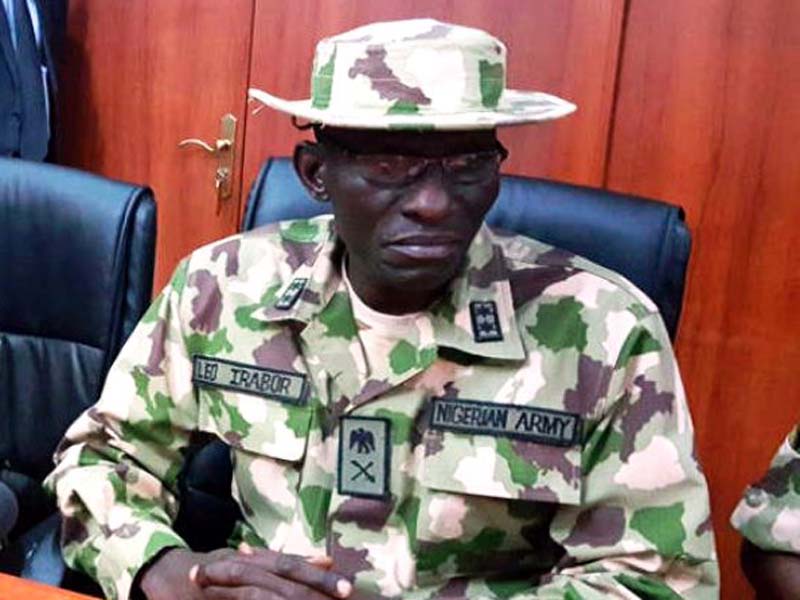 Here are the profiles of the new service chiefs

Major General Lucky Eluonye Onyenuchea Irabor was born on 5 October 1965 in Aliokpu Agbor, Ika South Local Government Area of Delta State, Nigeria. The senior officer gained admission into the Nigerian Defence Academy (NDA) Kaduna as a member of  the 34 Regular Course in 1983 and was commissioned Second Lieutenant on 28 June 1986 into the Signals Corps of the Nigerian Army.
Major General Irabor attended several military and civil courses both locally and abroad. He attended Armed Forces Command and Staff College (AFCSC) for his Junior Staff Course in 1995 and Ghana Armed Forces Staff College Teshi, Accra Ghana for Senior Staff Course in 2000/2001 amongst other several military courses. The senior officer equally attended National Defence College in Bangladesh in 2010 and Harvard Kennedy Schools of Government and Executive Education, USA in 2012 and 2017 respectively.
Others include United Nations and African Union Peace Keeping Courses and Conferences as well as a seminar on Combatting Weapons of Mass Destruction and Terrorism at the European Centre for Security Studies in Garmish, Germany.
Major General Lucky Irabor is a trained Engineer from Obafemi Awolowo University and holds two Masters Degrees from University of Ghana, Accra and Bangladesh University of Professionals, Dhaka.

Major General Attahiru Ibrahim until his appointment as the Chief of Army Staff, was the General Officer Commanding 82 Division, Nigerian Army.

He was appointed to lead the offensive against Boko Haram in the North-East in May 2017.

He was however redeployed by the then Chief of Army Staff, Lieutenant General Tukur Buratai, after a string of attacks by the insurgents, and after he was given a deadline in July to deliver Boko Haram leader Abubakar Shekau dead or alive within 40 days.

But Attahiru claimed in his valedictory speech as Theatre Commander that his removal was routine and not as a result of failure to realise his mandate.

“Permit me to seize this opportunity to clear the air on certain insinuations that had arisen following my posting. May I point out here that such insinuations being touted by a cross section of the media are far from the truth, misleading and capable of eroding the successes so far achieved in the fight against insurgency in the North East.

“It could also send a wrong signal and precipitate disaffection among troops of the Nigerian Army and indeed the Theatre of operation. My redeployment to Army Headquarters is a routine posting premised on needs assessment and is a normal exercise in the Nigerian Army. It is a call to higher responsibility and I assure you of my resolve to serve the Nigerian Army and the nation even better in that new capacity.

Rear Admiral Awwal Zubairu Gambo was born on 22 April 66 and hails from Nasarawa LGA in Kano State. He enlisted into the Nigerian Navy on 24 Sep 1984 as a member of Regular Course 36 and was commissioned Sub-Lieutenant on 24 Sep 1988. He is an Underwater Warfare specialist with a subspecialisation in Intelligence.

The senior officer has attended several military courses which include; Sub-Technica) course and Officers Long course both at NNS QUORRA. He also attended Junior Division 48/99 and Senior Course 26 both at AFCSC Jaji. Other courses attended include the National Defence Course at the South African National Defence College. Until his appointment as the CNS, he was the Director of Procurement at the Defence Space Administration.

The senior officer has been awarded the Grand Service Star, Distinguished Service Star, passed staff course among other several decorations and awards. He is married to Hajiya Nana Aishat Gambo and the marriage is blessed with 3 children.

Air Vice Marshal Isiaka Oladayo Amao was born on 14 September 1965 at Enugu. He hails from Osogbo Local Government Area of Osun State, Nigeria. He enlisted into the Nigerian Air Force on 19 January 1984 as a member of 35th Nigerian Defence Academy Regular Course and was commissioned as Pilot Officer on 20 December 1986. He has the following academic qualifications: Master of Science (MSc) in Defence and Strategic Studies from University of Madras India, Master of Military Science and Strategy (MMSc) and Advance Diploma in Defence and Strategy Studies from National Defence University (NDU) China, Post Graduate Diploma in International Relations and Diplomacy from Kaduna Polytechnic Nigeria, National Diploma in Freshwater and Fisheries Technology from Federal College of Freshwater and Fisheries Technology (FCFFT) New Bussa Nigeria and Nigerian Defence Academy Certificate of Education.