News in Photographs: Buhari Presides over FEC Meeting 2 hours ago

Aisha Buhari: My Husband Suffered from PTSD for Many Years 10 hours ago 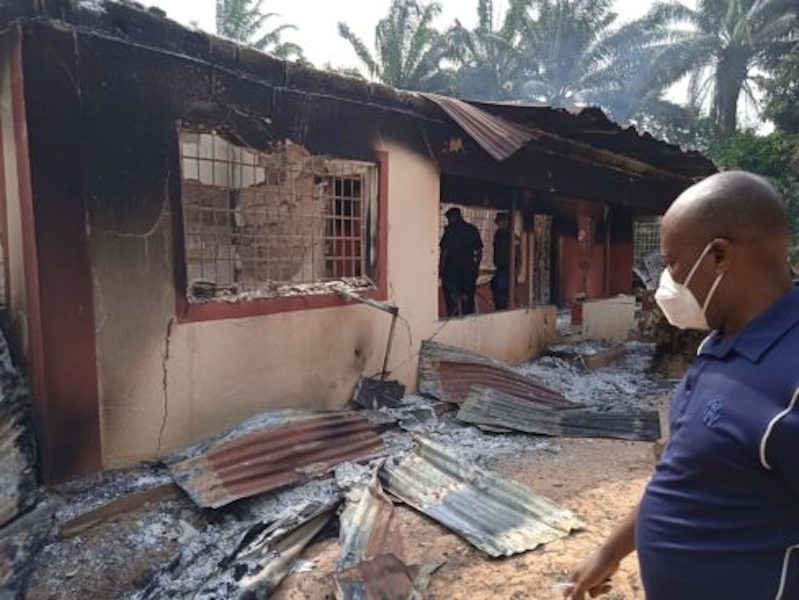 No fewer than 30 houses, including the palace of the traditional ruler of Aguikpa autonomous community were razed in the crisis that engulfed the Oruku community in the Nkanu East Local Government Area of Enugu State.

One person was also injured in the incident, which reportedly occurred between Saturday night and yesterday morning.

THISDAY gathered that some houses were still burning when the new state Commissioner of Police, Mohammed Aliyu, visited the community yesterday.

However, residents were reported to have fled the community for fear of being killed by hoodlums, who wielded AK-47 rifles and GPMG.

The gunmen were said to have shot continuously throughout Saturday night.

A former Chairman of Nkanu East Local Governmrnt Area, Hon. Ejike Ani, who conducted the commissioner round the burnt houses, said he got information that a gang was going to attack the community, adding that he reported to the council chairman.

According to him, the Chairman, Uchenna Nwobodo, assured him that he had informed the police but the community was still attacked and over 30 houses and a market were razed.

“I called the council chairman, Honourable Uchenna Nwobodo, and told him. He said he had called the Divisional Police Officer of Amechi Idodo and you can see the end result.”

The chairman of Oruku neighbourhood security watch, Mr. Emmanuel Ani, appealed to both the federal and state governments to rescue the community from those who had refused to give peace a chance.

He blamed the situation in the community on the Inspector General of Police Special Tactical Squad, whom he said disarmed the neighborhood watch and released hoodlums they arrested to continue to terrorise people.

A widow, Mrs Nwatu, said the gunmen threatened to kill her if she did not come out of her house.

“Immediately I came out, they torched the house. Not even appeals that I was mourning my husband stopped them. They wanted to burn me inside the house. They burnt everything, including our clothes,” she said.

About one month ago, the traditional ruler of the community was allegedly shot dead by operatives of the Special Weapons and Tactical Squad (SWAT), during an annual general meeting at the community’s town hall.

Addressing journalists, the police commissioner, Aliyu, who described the incident as unfortunate, appealed for calm, saying the police would investigate the cause of the arson.