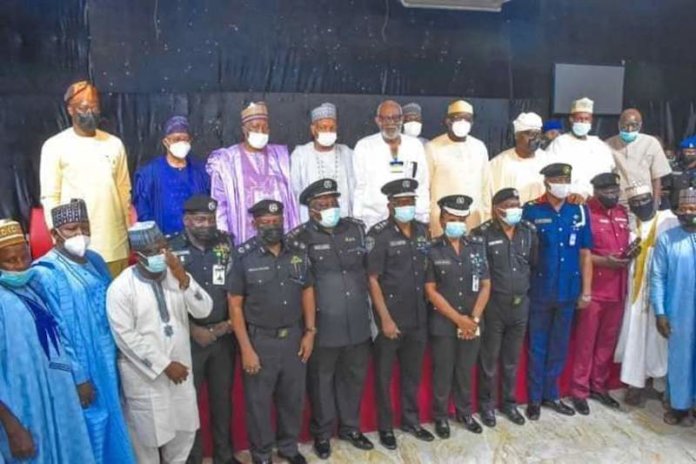 The meeting held in Akure, Ondo State was sequel to the tension in some South West states over the worsening security situation as a result of the nefarious activities of rogue herders who rob, kidnap, maim and kill, and the perennial crisis between farmers and herders.

The meeting discussed vigorously and resolved that:

The security and welfare of the people of Nigeria is the primary purpose of Government as enshrined in the 1999 constitution of N igeria as amended.

The stakeholders are committed to the unity and indivisibility of Nigeria.

Insecurity is a national challenge and not peculiar to any tribe or region but must be addressed by the cooperation of all.

The order of the Ondo State Governor was misconstrued and misrepresented by a section of the media. He only ordered those occupying the Forest Reserves in Ondo State illegally to quit.

Criminals should be apprehended and punished, no matter their origin, class or status.

Security agencies have been trying to stem the tide of criminality in the country but must step up their efforts in the fight.

There is the need to build partnership for peace and security with MACBAN and jointly wage war against criminality.

No one had sent anyone away from any state or region but all hands must be on deck to fight criminality.

MACBAN is a peace loving, law abiding organization which does not habour or condone criminals and agreed that:

(i) Night grazing should be banned henceforth

MACBAN is ready for any peaceful move by the states to engender security.

Fake news is another issue that makes our security worse than solving it.

There must be an enduring framework with MACBAN in a way that will help address security issues.

Strengthening an alternative security arrangements and make them complementary to the mainstream security agencies in Nigeria.

MACBAN should embrace and be committed to modern breeding process by creating grazing reserves and practice ranching to prevent cattle roaming about.

Standing Committee comprising of farmers, MACBAN and the Government should be set up in each state (where they don’t exist) to ensure synergy and result.