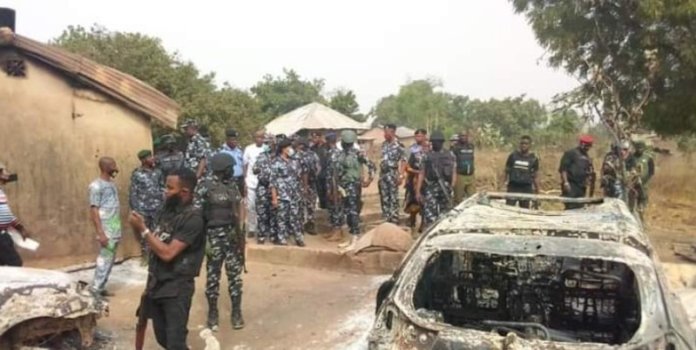 As part of efforts to broker peace in troubled Igangan area of Oyo State, Governor Seyi Makinde, the state Commissioner of Police, Ngozi Onadeko, the Deputy Chairman, Oyo State Council of Obas, Oba Francis Alao, who is the Olugbon of Orile Igbon in Surulere local area, and other top government officials, Sunday, inspected the houses and vehicles burnt in the community.

Makinde was represented by his Special Adviser on Security Matters, Mr Fatai Owoseni

During the visit, they pleaded with the youths to allow peace to reign, assuring that the police and other security agencies would carry out a thorough investigation into the crisis in order to find a lasting solution to the security challenge in the area.

Oba Alao pleaded with the people to eschew violence, stating that there would not be development in any community devoid of peace.

He assured them that the government would intensify efforts to ensure that insecurity in the area was stopped permanently, pleading that they should not allow the issue to degenerate into ethnic crisis.

Owoseni on his part, told the youths that violence would not solve the problem but assured them that government would work more with the people to ensure their security and development.

The CP told the people that she just resumed in the state but assured that proper investigation would be carried out into the issues with a view to finding a permanent solution to them.