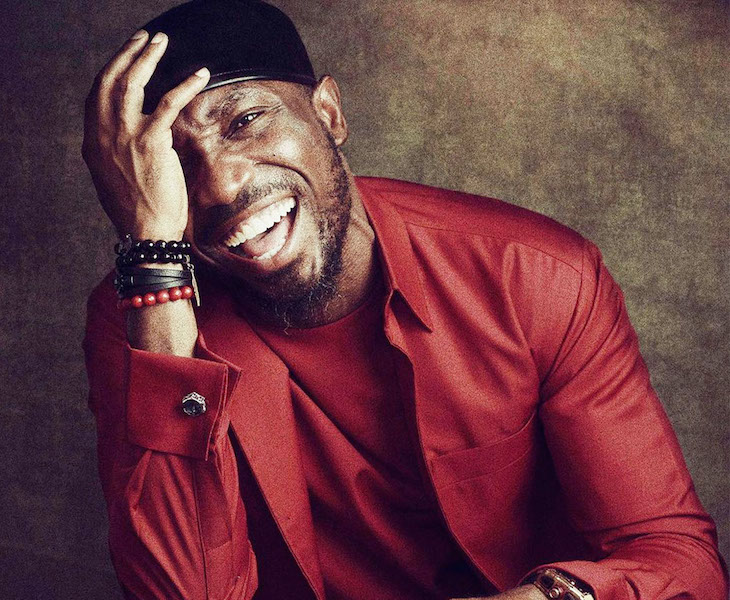 Call him a gospel singer. Perhaps, a soul singer if you wish. It would be fitting also if you call him inspirational singer. In a sense, musician, Timi Dakolo is a blend of everything art. This church boy, who clocked 40 on Wednesday, has every reason to thank God for his career and life. Ferdinand Ekechukwu reports

Ace singer Timi Dakolo is extremely grateful to God for the grace to witness another year in his life. The talented singer clocked 40 last Wednesday. Timi, who is ecstatic about his new age, made sure he talked about it on every post he made on social media days before the D-day. Like a countdown to his big day, the self-titled “Chorus Leader” made series of posts, with a wish list to his fans and followers.

Soon after, and in the mood of the celebration, the ‘Wish Me Well’ crooner shared a photo of himself expressing excitement. He held a jean jacket in his hands and wore black a black t-shirt and shoes to match his outfit. The singer’s pose truly described how he feels about his new age. In the caption that accompanied his post, Timi went down memory lane as he recalled his desires as a young boy, and what he wants from life as an adult.

He wrote: “Happy Birthday to me. I am so overjoyed. I can’t believe I am 40. It was just yesterday I was writing WAEC and doing revision on my PN Okeke. It was just yesterday I was dreaming working in Shell and staying in shell camp. Take my granny abroad and buy her everything. Anyway, I just want to live a quality life and laugh as hard as I can. The 4th floor of life looks great.”

Call him a gospel singer. Perhaps, a soul singer if you wish to. It would be fitting also if you label him inspirational singer. In every sense of it all, Timi Dakolo “is a blend of everything art,” he says recently in a chat shortly after a record deal. “I am a bit of a lot of things that I have imbibed overtime. I am an art not an artiste. I see myself as an art. When I am singing, I am seeing myself from the position that I am an art that will resonate for a long time.”

His artistic trait has helped him stay relevant in a highly competitive industry as well as evolve with the ever-changing taste in music. Born on January 20, 1981 to a Nigerian father, Bayelsa-native and a Ghanaian mother, Norah, who passed when Timi was barely 13, Timi has etched his name on the minds of many Nigerians for his beautiful songs. Despite being born in Ghana, Timi does not lay claim to dual citizenship.

He was raised in Port Harcourt by his grandmother Ateni Dakolo and his aunt Susan Larry, and he credits his aunt as his early music teacher. So deep was their relationship that Timi declined an offer to move to Lagos with his parents, opting to stay back in Port-Harcourt with them. He kick-started his music career at the age of twelve, singing in church, before joining the Purple Love as a founding member in 2003.

The group, however, did not stand the test of time as it was disbanded in 2005 — two years after it was founded. The 40-year-old singer rode to spotlight shortly after winning the inaugural season of Idols West Africa in 2007. Since then, he has continued to blaze the trail. With his victory, he also got a recording contract with Sony BMG alongside other prizes. In 2011, he released the song, “There’s a Cry.”

From releasing the “Beautiful Noise” album in 2011 and having popular songs like “Iyawo Mi,” “The Vow” and “Heaven Please”, Dakolo has remained consistent in the music space. With this success story behind him, he went on to become a judge on The Voice Nigeria singing competition, where he took on the challenge to mentor Idyl – the 2017 winner of the singing competition.

With his songs, any fan of Timi would agree with him that he has indeed created significant experiences and the messages in his lyrics will definitely stay relevant for years to come. Relying heavily on the power of his lyrics and master composition, he does not feel threatened by the seeming shift towards the ‘noise’ that appears to appeal to many listeners in recent times. For every time he is singing, he is eyeing an evergreen song that will still make sense to listeners even when he is gone.

Timi took time to master his art and is quick to tell you that is what separates the ordinary from extraordinary people. To him in this competitive world, good is not good enough. Reason he went on to study songwriting after emerging on the Nigerian music scene. And his efforts are evidently paying off. Earlier in November 2019, Dakolo signed a deal with Virgin EMI Records in UK and released his title track ‘Merry Christmas Darling’, featuring award-winning British singer, Emeli Sande on the festive song.

The song was off his classic sophomore album, ‘Merry Christmas Darling’ released November 22 and features collaboration with American smooth jazz saxophonist and Grammy award-winning artiste, Kenny G. With these collaborations and his recent record deal, he has pitched his tent firmly on the international music soil. Not many people understood the significance of such a feature but it was such a feat to get recognised by a UK newspaper means that the award winning musician has developed a major fan base in the UK and that’s great achievement.

His project for last year titled ‘Take’, featuring popular Nigerian rapper, Olamide caught fans by surprise. To many it was unlikely coming from artistes of two different genres of music. The father of three in the characteristic visuals to the single featured Busola, his beautiful wife as he talks about the way she makes him feel… the calmness she brings… and the happiness in her eyes… that makes their pretty love life outstanding.