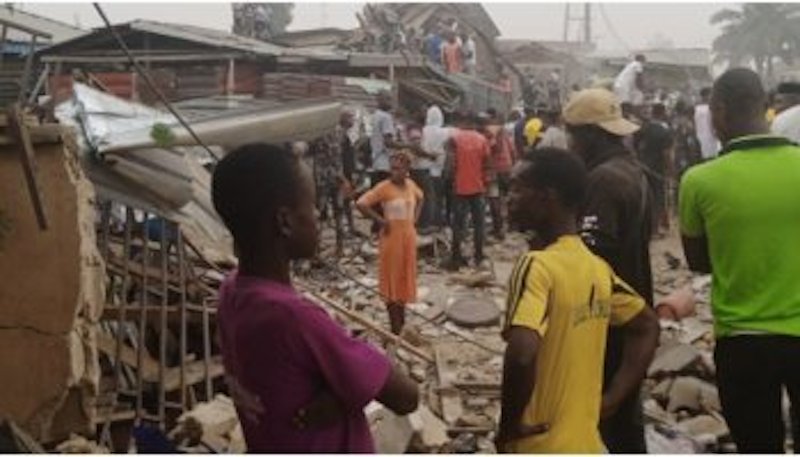 No fewer than 8 persons including students of the Ondo State owned Adekunle Ajasin University, Akungba, Akoko (AAUA), were feared killed as a cement laden trailer belonging to Dangote Cement Company, rammed into shops at the University community of Akungba in Akoko South West Local Government area of Ondo State.

Though, casualties were still being evacuated from the scene, a source said no fewer than eight bodies, had been evacuated.

The source said the truck, was coming from Obajana in Kogi State and heading to Akure, the Ondo State capital.

He said the accident occured few metres after the main gate of AAUA.

The university resumed on January 18 after it was closed due to the COVID 19 pandemic that affected academic and other aspects of national lives in 2020.

The 2019/2020 Session First Semester Examination, that was aborted due to the COVID outbreak, had been scheduled to start Monday.

Accidents involving articulated vehicles have been a common occurrence in the university town.

Confirming the incident, the Police Public Relations Officer (PPRO), for Ondo State, Mr Tee Leo Ikoro, said eight bodies had been brought out from the rubbles of the accident.

Ikoro, who said the vehicle was heading from Obajana in Kogi State to Akure, said he could not confirm the number of injured persons as evacuation, was still ongoing.