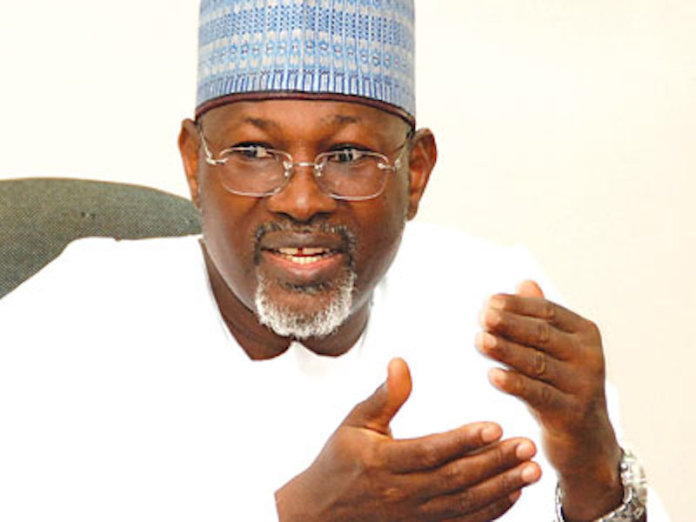 Former Chairman of the Independent National Electoral Commission, (INEC), Prof. Attahiru Jega, yesterday attempted a prognosis of the rising tension in the country, saying the current system of government which assigned too much power and resources to the federal government should be blamed for widespread discontent in the Nigeria.

Speaking on a live television programme, The Morning Show on Arise TV yesterday, the former INEC chief who blamed the military era for the absurdity, said there are urgent reasons to address the imbalance.

He said: “Nobody can doubt the fact that the federal legislative list is unwieldy and concentrate too much power and authority and therefore commensurate resources to the federal government.

“There are so many reasons that brought this about; obviously the legacy of military rule and its own continuous impacts in the period to transition to democracy in 1999 but that is not the issue.

“The issue is anybody who compares the Nigeria’s federal legislative list with the federal legislature in any federal country of the world will clearly see the imbalance. We should address that and begin to deconcentrate the power assigned to the federal government and reallocate it to the state governments.”
Jega believed that the current clamour for resource control will subside once more power and more resources are deployed to the state level, which is closer to the Nigerian people.

Jega, who is also a chieftain of the People Redemption Party, explained that once more responsibilities are given to the state government, the challenge is to ensure there is a good governance framework at the state level so that resources assigned to that tier of government are not commandeered by reckless governors or reckless chairmen of local governments who may want to divert them to personal use through corruption.

“Once there are a lot of resources at the state level, the attention of local elite will now focus on how such resources are managed and utilised and how they become beneficial to our citizens,”Jega submitted.
The former INEC chief believed there are crucial steps that could be taken to bring peace to the country before the 2023 general elections.

Jega, who disagreed with the federal government’s position that aggrieved individuals could approach the national assembly, said there are some quick fixes available to the federal government if there is political will.
One of such, according to him, is to revisit the report of the two most recent constitutional conferences.

“It is possible to push for restructuring and focus on the low hanging fruits between now and 2023 and consolidate with other reforms and we ensure that post 2023, we have better elected leaders whether at the federal or the state levels, people who respect democracy and those who will be selfless in the way they serve the people, people that manage resources and satisfy the yearnings and aspirations of the people. We will be able to avoid all those crises and conflicts we had in the First Republic. The problem was not limited to authoritarian and selfish disposition of leaders to the people but also to the issue of lack of respect to different opinions.

Consequently, he pointed out: “One low hanging fruit before the 2023 election is a quick constitutional amendment. I think it is possible for the federal government between now and 2023 to set up a very small technical committee but which is very broadly inclusive to be able to study the recommendations of the 2005 political reform conference and the recommendations of the 2014 National Conference and should be able to bring this out in terms of priorities and then to be able to identify them in terms of what should be addressed in the short and medium terms. I think it is possible to do this given the intellectual resources we have in this country. We should be able to get competent people from across the country that should be able to do this dispassionately within the shortest possible time.”

Warning against any action that could raise tensions further, Jega said: “I insist there must be justice and fairness in the way we distribute resources that are generated from each of the component units of the federation.

“What will upset the present arrangement is the mobilisation of ethnic, religious and other irredentist tendencies. This is why I said that the challenge of improving the federal arrangement through some forms of restructuring is the challenge of ensuring that all these variables which are being mobilised in the politics of restructuring do not end up creating so much divisions so much that Nigeria, which is like the apple cart, is destroyed and the whole objective is lost. That was what I meant and the best way to do this is not through revolution in the destructive sense but which I have argued should be incremental positive changes.

“Things have been so bad, I keep saying this. In fact, this is what applies to many sectors of our country. Things have been so bad for so long, particularly on the issue of imbalance and inequality in our federal arrangement that it will require careful planning, systematic planning and a time frame within when to address this.
“A revolutionary, destructive approach, in the sense that we have to do everything at the same time, will be counter-productive and the little history we have trying to fix constitutional amendment showed that it can’t work .”