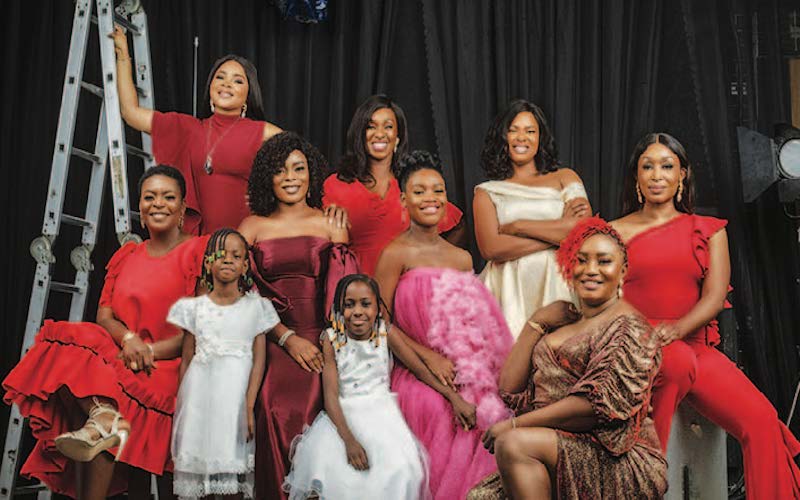 On Thursday, January 21, ‘Tinsel’, the gripping soap that was beamed to Nigerians and Africans to an extent in August 2008, aired its 3000th episode, cementing its legacy as Nigeria’s longest-running TV show. The milestone episode had comedian Ayo Makun in a cameo appearance. He is the latest celebrity to feature in the drama series. Other established names who had been in the TV show include the charismatic Nollywood veteran Richard Mofe-Damijo, Segun Arinze, Taiwo Ajai-Lycett.

Such feats are usually feted. If not for the raging coronavirus pandemic, the attainment would have probably been marked grandly, perhaps a tour with the production team. Similar accomplishments have always been celebrated with the cast and crew of the production having a meet-and-greet with their devoted votaries.

“We are indeed happy to hit the 3000th episode mark of this stellar series. At MultiChoice, we remain committed to growing and promoting local content and talents as we continue to expand the boundaries of African film and television production.”

Over the years, ‘Tinsel’ developed a cult following, as many families huddle in front of their TV sets every weeknight to watch the gripping storyline that revolves around two rival film companies, Reel Studios and Odyssey Pictures. Both are owned by the Ade-Williams and the Mensah families respectively. However, it turned out that Brenda, the helmsman of Odyssey Pictures is the daughter of Fred Ade-Williams. She was determined to outshine her father’s studio and dominate the industry. Her biggest weapons were her beauty, charm and intelligence. But again, ambition can take one to unknown limits. In the case of Brenda, it meant planting a mole in her father’s company, setting in motion a row of conflicts that spiralled out of control. The result inadvertently changed their lives and businesses forever.

When it first premiered in 2008, the Africa Magic original production aired bi-weekly and was available in the DStv premium bouquet only. However, it is now aired every weeknight and accessible to subscribers who have Africa Magic Showcase in their bouquets while past episodes are shown on other Africa Magic channels.

From its very first episode, fans fell in love with the series and the characters. There was Philip, the arrogant son of Chief Fred Ade-Williams played by Gideon Okeke; the smart and ambitious Brenda ‘Nana’ Mensah played by Funlola Aofiyebi-Raimi, and the calm and collected Kwame played by Chris Attoh. Of course, Tomi Odunsi’s comic character Salewa was a pleasure to fans.

Audiences across Africa followed each episode with gusto, as romance, deception and betrayal continue to entangle the dramatic tale. One of the famous love storylines in the soap is the Kwame and Telema Duke played by Damilola Adegbite. Interestingly, the two would fall in love in real life even though their marriage was short-lived. Finding love seems to be one of the unique traits of the production. Not a few actors have carried on their on-screen relationship to reality. Another example is Ike Okechukwu and Florence Uwaleke who play Chuks and Ene in the soap. Linda Ejiofor and Ibrahim Suleiman, and Osas Ighodaro and Gbenro Ajibade are among the ‘Tinsel’ actors who melted fans’ hearts when they tied the knots in real life.

‘Tinsel’s long-reigning streak can be attributed to its intriguing storyline and the cast who bring it to life through their interpretations. Though the storyline still revolves around the Ade-Williams and the Mensahs, the plot has thickened over the years, giving rise to new twists and turns that make it difficult to resist. For instance, in episode 2927, it was revealed that Brenda has a brother. The news shattered Brenda who’s yet to overcome the sad passing of her brother Kwame.

Expectedly, the expanded storyline affected the characters. While some characters have been killed, others were born. Notable actors who have left the production include Adegbite, Attoh, and Victor Olaotan who suffered an accident. The new faces that have joined the production include Ashionye Raccah, Oghenekaro Itene, former Big Brother Naija contestant Rico Swavey among others. Popular Nollywood acts have also graced the small screen production. They include Bimbo Manuel (93 Days) Ann Njemanze (Domitilla), Yul Edochie (Moms at War), Alexx Ekubo (The Bling Lagosians) Kalu Ikeagwu (Lionheart), Shaffy Bello (Chief Daddy) and Joseph Benjamin (Mr. and Mrs.).

Some actors have been part of the soap right from inception. They include Okechukwu and his wife Florence, Ireti Doyle and Aofiyebi-Raimi.

For these actors, Tinsel almost became a full-time job. In an interview with THISDAY Newspaper, Funmi Holder who plays Amaka Ade-Williams revealed that her daily activities are centred around ‘Tinsel’. “My day starts with ‘Tinsel’ and probably ends there.”

Right from the onset, the founding producers Femi Odugbemi, Jaiye Ojo and Lemmy Adebule had a clear vision of what they wanted to achieve with the television series. It was to revolutionise the TV landscape in Nigeria. At the time, there was a paucity of quality TV soaps. The good old days of ‘Checkmate’, ‘Ripples’, ‘Fortunes’ were fast becoming a memory. Quality of productions was low and stories dull and mundane. Not a few relied on international TV series for entertainment.

However, the trio threw in their all to give a production that could rival any international TV series. They scoured Nigeria, Ghana, South Africa, looking for the right talents to interpret their vision on the small screen. Cutting edge technologies were deployed in making the series, ergo, making ‘Tinsel’ the first Nigerian soap to use a multi-camera for production. The soap was in pre-production for over 90 months. The first season’s 65 episodes of 26 minutes each were shot in the Frame 24 Studio located in Ojota, Lagos for over 100 days. However, a fire incident moved the production to the Africa Magic studios in Ikeja.

When it first aired, fans thought the multi-million Naira production was shot outside the country. On garnering the knowledge that it was indeed shot in Lagos, their appreciation for the production escalated. As pointed out by Mba-Uzoukwu, “‘Tinsel’ owes its longevity to its amazing cast, stellar directing, multifaceted storyline and high production values.”

Indeed, it changed the face of TV production in Nigeria, becoming a watershed moment in the history of Nigerian TV. Attention was paid to details, storyline, technicalities. No longer do studios invest in low-quality production. ‘Tinsel’ became the industry standard.

‘Tinsel’ was originally created by Yinka Ogun while Rogers Ofime served as the Executive Producer. However, over the years, different screenwriters and producers have worked on the series. The series producer of the current season 13 is Aderonke Oshinjobi. It is written by Omotunde Akiode and directed by George Sunom-Kura.

One of the accolades of ‘Tinsel’ is the number of acting careers it launched. For instance, Okeke was mainly known as a contestant in the first edition of Big Brother Naija but on landing a role in the TV series, his star wattage amplified. Likewise, Ajibade and Adegbite were unknown but gained popularity after featuring in the soap.

To date, ‘Tinsel’ is widely considered the most successful television drama on Nigerian television in recent times. At the 2017 Africa Magic Viewers’ Choice Award AMVCA), the series took home the award for the Best M-Net original drama series. Perhaps, it may be awarded a special award on the next edition of the AMVCAs, not only for being the longest-running TV show in Nigeria but also for keeping Nigeria entertained without compromising quality for 13 years.