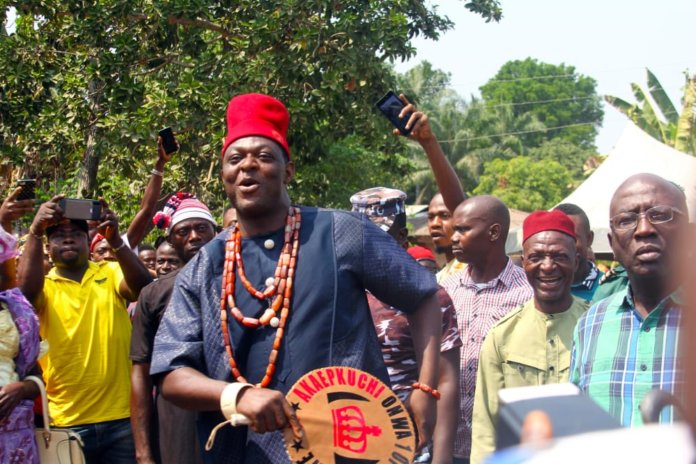 Speaking during the election process, the Commissioner for Chieftaincy Matters in the state, Dr. Charles Egumgbe called on all concerned communities to ensure that they were all represented.

In his address, Egumbe said they were on the ground on the directive of the state governor to ensure that the people chose their preferred candidate and voted their conscience.

Nwobodo was declared the winner after he polled a total votes of 525 as the only contestant standing.

According to Chuwku, Nwobodo is the only person trusted and loved by the community. “The community has witnessed many development and transformation solely accomplished by this Igwe.”

In his reaction, the new Igwe commended the state governor, the officials, and the people of Umuisu for choosing him to represent them.

He, therefore, pledged that the people would experience double progress, unity and peace in Umuisu