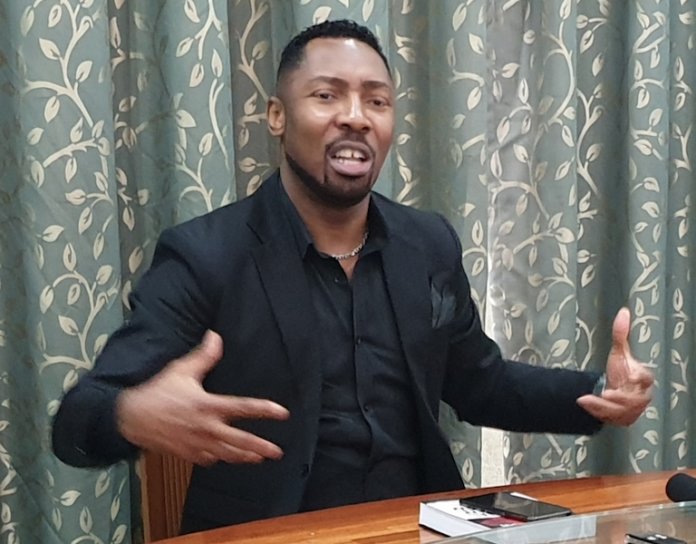 Born again at the age of five, Pastor Sign Fireman became a preacher at seven. At 14, he reportedly encountered Jesus in his visions and began to learn more about the mysteries of Christianity. After 33 months of multiple visitations, he decided to use the things he learned from Christ to enrich the lives of others. To this end, he has released a 440-page book titled, “The Final Move of God.”

Pastor Fireman left church and pastorial work in Surulere, Lagos to seek God’s face about ten years ago in order to know why majority of Christians do not get their prayers. In a recent book chat in Lagos, Pastor Fireman disclosed that his encounter with Jesus Christ in 2014 has given birth to no fewer than seven books, the first being “The Final Move of God, which he said, sold out when it was first printed.

According to him, the book documents some of these revelations about the final move of God and the mystery for unlocking the greatest move of God. It also contains the foundation secrets for perfection in power, miracles, results and divinity. It highlights the answers to all the shortcomings and questions of past ages of Christianity. For him, his mandate is to use the lessons Jesus Christ taught him to take the final move of God to the people of the world.

Pastor Fireman further claimed that in September 2014, Jesus Christ appeared to him many times in Louisiana, USA and revealed to him why promises of God’s words were not fulfilled in people’s life. He stated that Jesus Christ told him that ‘you have been seeking me for this answer for years. Now, I have come to give you the answer.’

He said: “Jesus said to me. I came to teach you why this is so and this will bring about the great final move of God…The singular thing, which is the foundation reason for all the challenges of Christianity today, has to do with the trinity order. When people need things from God, (Father, Son and Holy Spirit) they don’t consider any particular member of God heads to reach for what they need. They believe the trinity doctrine that has been in existence for a long time. The popular doctrine states that the three members of the trinity have the same attributes; omnipotent, omnipresent and omniscience.

“It is therefore assumed that since the three Gods have same attributes, each person can do the same thing. And for that, we can carelessly approach any of the members for whatever we need and we shall have results. That is the way it has been done for thousands of years. But Jesus told me that the three Gods (The Father, Son and Holy Ghost) do not share same attributes,” he added.

Fireman is also very particular about the use of words in the bible and their implications. He explained the concept of mankind’s conflict with the devil.

“The bible never tells us that we are ‘fighting with’ the devil. But that we wrestle against the devil. We are not mates with the devil,’’ he explained. Known as one of Nigeria’s millionaire preachers and miraculous healers, his crusades had been held internationally.