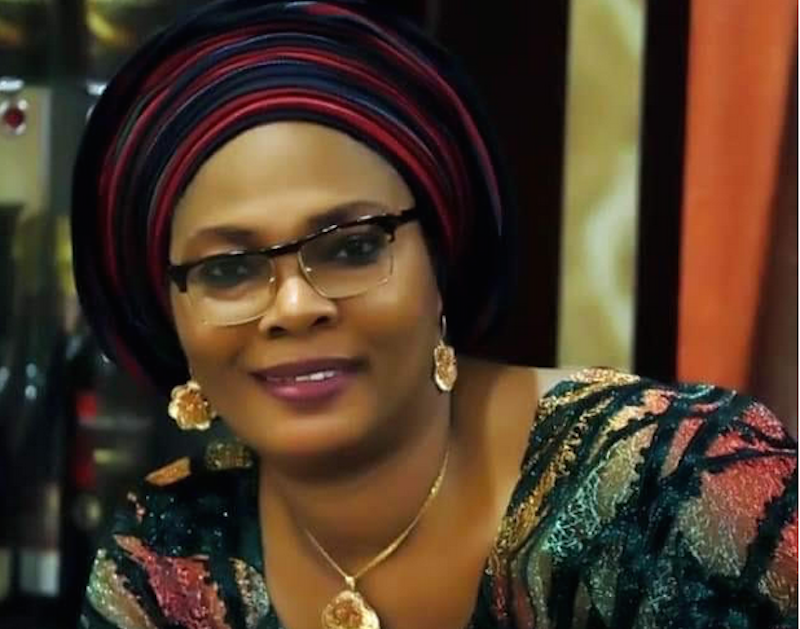 The honourable member representing Ijero/Ekiti West/Efon Federal Constituency in the House of Representatives, Omowumi Olubunmi Ogunlola, appears to have redefined philanthropy in her constituency by continuously uplifting the elderly, artisans, farmers and people with physical disabilities, Raheem Akingbolu reports

When rainstorm destroyed the roof of her old dilapidated house in Ijero Ekiti last year, life became nothing to Mrs. Olaleye Omowe. Against her wish, the widow, in her 70s, had no alternative but to seek for shelter elsewhere. Every day, mama Omowe kept muttering it to her acquaintances of her desire to rebuild her house, even when she wasn’t sure of where the help would come.

After exploring various channels without success, some members of the All Progressives Congress, beckoned her to approach Hon OlubunmiOgunlola, a member of the House of Representatives, who is coincidentally from Ijero. After much pressure, Omowe confirmed when Ogunlola would be around and took her case to the politician.

After listening to her story, Barrister Ogunlola deployed two of her aides to go to Omowe’s house with a carpenter to inspect the extent of the damage and to know how much it would require for reroofing. When the aides return, they gave Hon. Ogunlola the cost implication but added that the house, which was made from mud, was an old dilapidated building that may soon collapse even with the new roof.

Omowe became uncomfortable, thinking the aides were asking for too much from the only woman who wanted to put smile on her face but Hon. Ogunlola shocked all when she gave her verdict that the house should be demolished and rebuilt.

The Federal Lawmaker then held Mrs. Omowe’shands, looked her in the eyes and assured the septuagenarian that keys to a new modern house would be delivered to her before Christmas.

Lo and behold, on December 22, 2020, just three days before Christmas, Ogunlola led party leaders, including the three chairmen of APC in Efon, Ekiti West and Ijero Local Governments to Arokodare Street, Ijero and presented the key to a well-furnished three bed room apartment to Omowe.

It was a moment of fulfillment as the old woman, shed tears of joy in appreciation. She held Ogunola tight and prayed for her in an emotion-laden voice. Political leaders, who were present at the event, also took turn to shower encomiums on Hon Ogunlola, who they unanimously described as God-sent to their constituency.

Elated Mama Omowe, later shared her thought with journalists, describing the moment as the most memorable day in her life. “When the roof of my house was blown away by rainstorm, life became miserable to me. I didn’t have hope and wondered how I would spend the rest of my life homeless. After weeks of thinking and lamentation, APC leaders in my area encouraged me to approach our Honourable.

“ I yielded to their pressure reluctantly but I didn’t expect something special but here we are, Hon Ogunola turned my sadness to joy, she proved to me that her own brand of politician is different. I have used my grey hair to pray for her and I’m sure God will answer my prayer. She has just started; she will still go to higher position in Nigeria,” she stated.

Another person, whose prayer was answered during the yuletide period was one Elder TadeAkande, who lost his motorcycle to armed robbers towards the end of the year. Like Mama Omowe, Akande had taken his case to the lawyer- turned-politician after he was attacked and the kind-hearted Ogunlola promised providing him a new motorcycle. The promise was fulfilled as Akande rode home a brand new Bajaj Motorcycle on December 22.

The next place of call was Ikoro Ekiti, also in IjeroLocal Government, where Barr. Ogunnola also presented keys to a befitting police station to the Divisional Police Officer of the town in the presence of the town monarch, the Olukoro of Ikoro Ekiti, His Royal Majesty Oba Olarewaju AdebanjiAdeleye, traditional chiefs and prominent indigenes of the ancient town.

After the presentation of the police station, Ogunlola’s train moved to Aramoko Ekiti, headquarters of Ekiti West Local Government, where constituents in their hundreds from the three local governments were waiting to receive various gift items from their representative.

The uniqueness of the programme was the fact that the empowerment cut across party and group affiliations as it was extended to members of the Nigerian Union of Road Transport Workers, artisans, people living with disabilities and party leaders.

Another phase of the programe was the commissioning of various community development projects across the local governments, which included six solar boreholes in Ijero-Ekiti, Araromi-Ekiti, Aramoko-Ekiti, Ikogosi-Ekiti, Iwaji-Ekiti and Ido-Ile Ekiti.

In addition to the empowerment tools, the federal lawmaker also gave out bursary awards to 100 students and doled out cash to 100 widows to help them in their businesses.

Speaking while distributing the items to the beneficiaries, Ogunlola said the empowerment programme is aimed at job creation and skill development in order to alleviate poverty and improve the total well-being of her constituents.

She implored the beneficiaries to envision better tomorrow by making continuous efforts to turn their dreams to reality.

Her words: “I want to use this medium to congratulate all beneficiaries and advise them to use this opportunity to make informed decision and implement change in their own lives and the lives of other people.

“I want you to use this empowerment program as a duty to personally develop yourself. This is because at the end of the day the best thing you can bring to any environment is you. Also, I want to emphasize that beneficiaries should use the items given to them to create more jobs. It would also serve as means of livelihoods to the other constituents

While some of those who received the items were full of appreciation to Ogunlola, many admitted at the event that no House of Representative member from the area has beaten Ogunlola’s record since 1999.

Findings at the event also revealed that the female lawmaker has in the last two years bankrolled empowerment initiatives more than five times. One of such empowerment was last year’s training and empowerment of 150 across the three local governments in her constituency. Each of the participants was said to have received items such as 50KG fertilizer, herbicides and pesticides chemicals, fortified maize, spraying machines and cash honorarium of N20,000.

Other empowerment gestures initiated by Ogunlola are donation of a million naira to NURTW, Ekiti West Local Government branch for the completion of the union’s office complex; training programme for 80 young women in Aramoko Ekiti and donation of relief materials to constituents during the last year’s lockdown.

One beautiful thing about Ogunola is that her own prophet commands respect both within and outside. In demonstrating that charity, indeed, begins at home, the lawmaker personal aides are also beneficiaries of her what many have tagged ‘Ogunlola’s Christmas’ blessing’. For instance, her Senior Legislative Aide, Femi Kasali was presented a car while her gateman got a motorcycle.

Responding on behalf of all the beneficiaries, the Ekiti West Local Government APC Chairman, Prince Olu Aladeloye, commended the lawmaker for her quality representation both on the floor of National Assembly and at her constituency. Aladeloye, who was presented a car alongside other party leaders, said the lawmaker has set a record when it comes to quality representation.

“Hon. Ogunlola has lived up to expectation and proved to be a true member of the progressive camp. In the last two years, she has inaugurated many developmental projects as well as spearheading several empowerment programmesto better the lots of our people. Perhaps to carry along everybody, the lawmaker has also found a means of identifying with children through her annual Christmas party for kids. I must confess, we haven’t found it this good,” Aladeloye stated.

Though not one of the beneficiaries, a politician and community leader, Hon. Rufai Shitu, who also spoke to THISDAY on the personality of Ogunnola, described her as a down-to-earth woman with a heart of gold.

Shittu, a local government Councillor in EkitiWest Local Government between 1999 and 2002 said he has known Ogunlola for close to two decades and has remained a ‘cultured and passionate’ individual.

“I have known Barr. Ogunlola for close to two decades and she has been consistent in her good nature and service to humanity. I knew her when she hasn’t become active in politics and now that she’s a politician. One thing is constant about her; she’s progressive and wants the best for all. I’m not in any way surprised that she’s doing well as a Federal Lawmaker because of her antecedent,” Shittu stated.