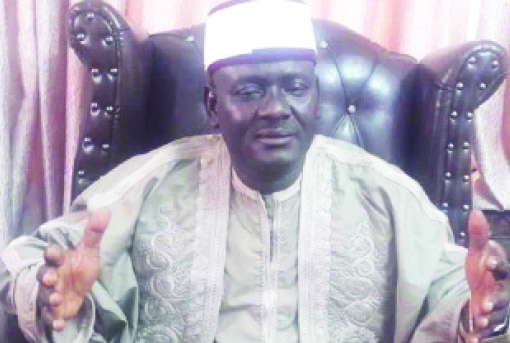 The Northern Youth Leaders Forum (NYLF) yesterday revealed that the north was not satisfied with the performance of President Muhammadu Buhari, especially his handling of security challenges in the north.

NYLF, a coalition of 42 youth organisations in the north, recommended the National Leader of All Progressives Congress (APC), Senator Bola Ahmed Tinubu, among others, for the 2023 presidential contest.

NYLF’s National Chairman, Mr. Elliot Afiyo made this disclosure during an interactive session with journalists in Yola, the Adamawa State capital.

Also at the session, Afiyo disclosed that six presidential aspirants had directly sought the support of the forum for the 2023 presidential contest, though claimed that it had not promised to support any of the aspirants.

In 2019, he observed that the coalition knew that the presidential candidate of Peoples Democratic Party (PDP), Alhaji Atiku Abubakar would definitely win the election, but would not be allowed due to what he described as political conspiracy against him.

He said: “We decided as a forum, not to waste our resources, time and energy to support him. We could not also campaign for Buhari because we were not happy or satisfied with the performance of his administration, especially the security situation in the north.”

Afiyo, Secretary-General of the Association of West African Monarchs, noted that the forum directed and supported its state chapters in the areas of mobilisation and election of individual candidates instead of parties.

He said: “That was why PDP won in some states and APC also won in other states. Many people did not understand the political mathematics and scheming that resulted in the victory and defeat. But we knew what we did.”

Afiyo said the only asset the northerners “are left with in a political dispensation in Nigeria is political supremacy and power because of its collective determination, political unity coupled with their numerical strength.”

He said: “In NYLF, we believe Northwest has produced two presidents and a vice president. We believe it is the turn of the Northcentral or Northeast to produce the president or vice president, which must be fully endorsed and supported by the Northwest.

“We have over two million of our members from the Northwest. We have all agreed not to support any candidate from the zone in 2023 in the best interest of the north.

“This is not a political threat. If anybody from the Northwest believes they can dominate the other two zones in the North, let them try it in 2023,” Afiyo said.

He said NYLF “is the umbrella body of 42 northern youth groups formed by the northern political, traditional, religious and military elites in 1990 with a membership of over four million northern youths across the country.”

He added that NYLF had been engineering the process of producing presidents in Nigeria since 2003, suggesting that other regions should be allowed to produce a president to strike a balance and douse tensions in the country.

He cited a recent meeting in Abuja where the only agenda was 2027 presidential arrangement, noting that the country’s political leaders had their short-term, medium-term and long-term plans just like economists.