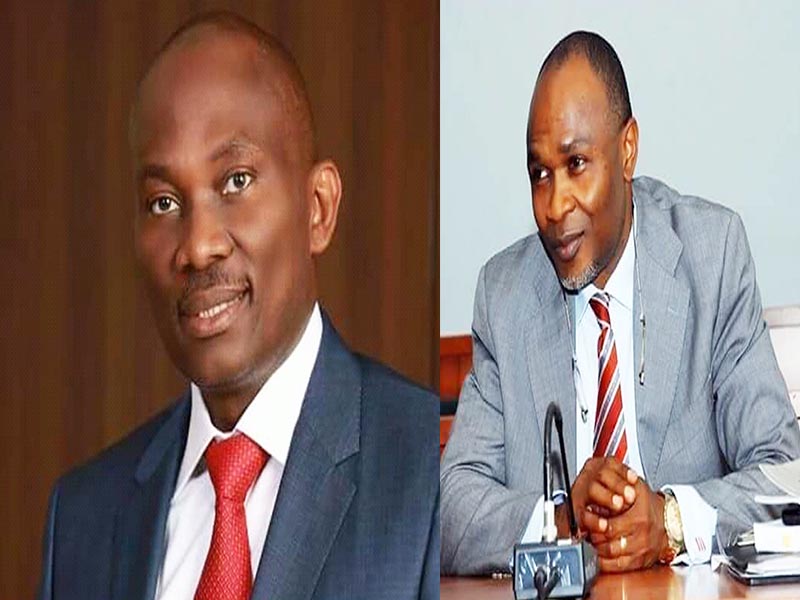 The crisis currently rocking the Peoples Democratic Party in the House of Representatives over her minority leadership seems to have worsened with chances of peace not in sight. Udora Orizu reports

Chances of an end to the crisis rocking the Peoples Democratic Party (PDP) in the House of Representatives over minority leadership of the main opposition party may not be in sight yet, as the party after over a year and six months since the inauguration of the Ninth House, has failed to reach a consensus on the authentic leadership.

The two factions of the minority caucus that exist at the House include one led by Hon. Ndudi Elumelu (PDP, Delta) and the other by Hon. Kingsley Chinda (PDP, Rivers).

While no political party is immune to crisis, the twist in the case of the minority caucus of the Green Chamber is the unwillingness of the party to resolve the crisis.

From the inauguration of the Ninth National Assembly on June 11, 2019, there had been two factions laying claim to the minority leadership of the green chamber.

A similar letter from the party was sent to the Senate President, Ahmed Lawan, on the party’s choice of Senator Eyinnaya Abaribe as its Minority Leader in the Red Chamber. But the Speaker, unlike his Senate counterpart, announced different names for the various minority leadership positions.

The Speaker announced Elumelu as Minority Leader, amid protest by many opposition lawmakers. Hence, the House leadership had since recognised the Ndudi Elumelu-led group as the authentic minority leadership caucus in the House while the PDP leadership continued to relate with Chinda and others in that regard.

In July 2019, the PDP suspended Elumelu and six other members for “indiscipline, insubordination and disobedience”. The party’s National Working Committee (NWC) invited the seven lawmakers to a meeting but none of them came for the meeting.

PDP National Publicity Secretary, Kola Ologbondiyan, attributed the suspension of the seven House members to the outcome of the meeting of the PDP NWC over the crisis that resulted from the struggle over who emerges the House Minority Leader.

Ologbondiyan, who read the resolution of the NWC, said the committee reviewed the issues affecting the minority leadership of the House of Representatives.

According to him, the roles played by the affected lawmakers, which resulted in the Speaker of the House of Representatives, Hon. Femi Gbajabiamila announcing the list of the minority leadership of the House is different from the one submitted by the opposition party.

He said, ‘’After the preliminary examination by the NWC, it was evident that the roles played by the above mentioned members, bordered on indiscipline, insubordination and disobedience, contrary to Section 58 (1)(b)(c)(f)(h) of the PDP Constitution (as amended in 2017).

“The suspension placed on some PDP members, who connived with others to supplant the Party’s decision with regards to the party’s position in the House is subsisting and has not been lifted. The suspended members of the party cannot therefore conduct any business of the party at whatever level until disciplinary measures have been concluded.

“The National Working Committee (NWC) in its wisdom, and consistent with its position on the matter, which has not changed, directed that the affairs of the PDP Caucus of the House of Representatives be organised and managed by Hon. Kingsley Chinda, Hon. Yakubu Barde, Hon. Chukwuka Onyema and Hon. Muraina Ajibola.”

On his part, Hon. Okechukwu said he was in support of Elumelu’s position on their suspension.

On July 5, 2019, the PDP criticised Gbajabiamila for allegedly threatening Chinda. It, therefore, asked the police and Department of State Services to summon the Speaker to explain himself.

Gbajabiamila had blocked moves by some PDP members, including Chinda, to raise issues relating to the parallel principal officers produced by the minority parties.

Before plenary began that day, Chinda had sat on the seat reserved for the Minority Leader on the front row, a development the Speaker frowned at.

The PDP spokesman in a statement said Gbajabiamila had no justification to allegedly threaten the factional Minority Leader of the House after overruling him, when he wanted to raise a point of order during plenary.

But Ologbondiyan said, ‘’Gbajabiamila exhibited personal hostility, with threats that Chinda would ‘regret’ taking his rightful seat as the bonafide Leader of the Minority in the House. This vicious outburst by Gbajabiamila is a direct threat and affront to our democratic order.

“The rights of the minority members in the House of Representatives, the people of Obio/Akpo Federal Constituency and sensibility of millions of members of the PDP who nominated Chinda for minority leadership position.”

He also called on Nigerians to hold Gbajabiamila directly responsible should any harm suddenly come upon Chinda, any member of his family or any member of the PDP in the House of Representatives. He added that the PDP remained committed to rules and the sanctity of the parliament.

The High Court has since issued an order of interim injunction restraining the House from further investigating or taking any disciplinary action including suspension against the leader of the PDP caucus leader in the House.

Chinda had approached Federal High Court in Abuja, where he sought among others, an order restraining the House from taking any action against him and three others.

A copy of the court order obtained by THISDAY showed that the plaintiffs in the case included Chinda, Chukwuma, Muraina and Barde, while the defendants were the Speaker Gbajabamila, Clerk of the National Assembly, Clerk of the House, Hon. Kolawole Lawal and Hon. Ibrahim Misau, among others.

The presiding judge, Justice I.E Ekwo granted leave to the Plaintiffs to serve the originating summons and all other accompanying processes in this suit on the 1st to 20th defendants by substituted means, through the Office of the Clerk to the National Assembly (2nd Defendant) or by leaving copies of the originating summons and other accompanying processes with any staff of the 2nd defendant at his office at National Assembly Complex, P.M.B. 141, Garki, Three Arms Zone, Abuja.

The Court also granted accelerated hearing and abridgment of time to seven days within which the defendants were to enter appearance and file their respective responses in defence of this Suit.

And Now, a Probe

The actions by the Chinda group have earned them a probe by the House, when Hon. Ben Ibakpa, at plenary in November 2019, accused them of impersonating House Minority leadership by issuing statements, and “misleading the general public and causing confusion and disaffection in the House of Representatives”.

Chinda and his group had as at then released at least three statements on behalf of the PDP caucus of the House.

According to Igbakpa, “This is a gross abuse of our collective and individual privileges. This violates Section 24, Legislative Houses (Powers and Privileges) Act, Cap L.12, Laws of Federation of Nigeria, 2004 as well extant provisions of the Standing Orders of this House.”

The House mandated its Committee on Ethics and Privileges to investigate the matter and report back to it.

Reacting, Chinda insisted he was the PDP Caucus leader in the House with the authority and consent of the party.

“PDP is a registered political party and a creation of law and not the rules of the House. PDP has its leaders in units, communities, amongst students, traders, professionals and parliamentarians.

“These leaders are recognised by the party as such. Other minority parties are free to have their caucus leadership. I don’t see how that offends the Rule or law of the House or the Constitution.”

Despite the probe, intervention by the party’s national leadership, the crisis is yet to be resolved, and there’s still no cohesion in the minority caucus. The crisis festers as Chinda and Elumelu-led groups continue to issue press statements differently all on behalf of the party.

Animosity between the factions can be seen, where the two groups ignore each other in situations, which require party members putting up a united front.

For instance, the Elumelu-led group was silent, when Chinda, in a statement on December 7, 2020, called on Nigerians to compel their representatives to commence impeachment process against the President Muhammadu Buhari. The lawmaker’s call for impeachment was not unconnected with the rising cases of insecurity nationwide.

However, House spokesman, Hon. Benjamin Kalu, had described Chinda’s call as the “opinion of a single member of the opposition party in the House.” He said the impeachment calls were not logical as the President was yet to appear before the House to explain what his administration was doing to address the security issue.

Another instance was when the House Majority Leader, Ado Doguwa, during plenary December 20, 2020, said the House should take disciplinary measures against Chinda, for calling for the impeachment of President Muhammadu Buhari. Doguwa said Chinda was not representing the position of the PDP caucus of the House as he claimed and was acting alone.

While the PDP weighed in, cautioning the House against punishing Chinda for calling for Buhari’s impeachment over his alleged failure to secure the nation, the minority caucus was silent on the issue.

It is, therefore, clear that all is not well with the camp of the opposition. If the PDP does not tread with caution, the crisis might further tear it down.