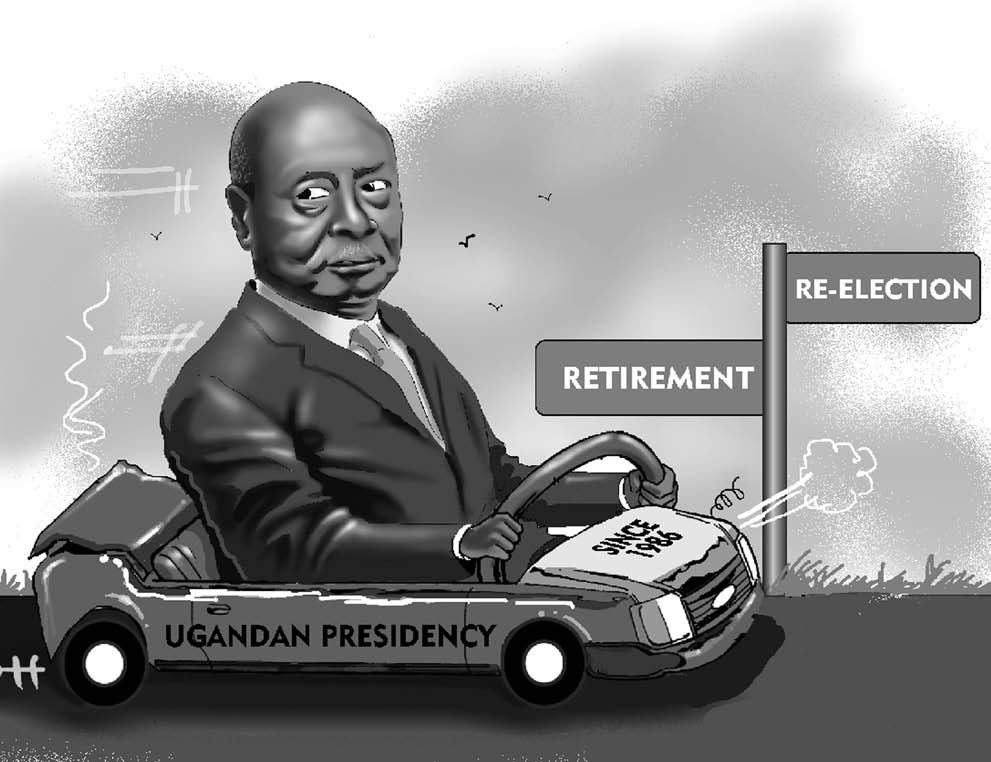 The Ugandan leader is a good student of Machiavelli, writes Okello Oculi

Dr.Tajudeen Abdul-Raheem (TAJU) once lived in a block of flats in Westland, a suburb of Nairobi. He hauled me into it from the United Kenya Club, a colonial relic for British officials and farmers on quick visits to Nairobi. My rent was the goodwill among radical students at Bayero University for lectures they poached from the Faculty of Arts and Social Science (FASS) at Ahmadu Bello University. He told my hosts that his teacher could not rent accommodation when he is resident in Nairobi.

He told many stories. Once upon a time of General Sani Abacha’s government, he passed through Immigration in Lagos with a Uganda passport. He had to be rushed to a private clinic with a load of malaria fever. That saved him from security operatives who identified him later as a ‘’RADIO KUDIRAT’’ enemy of the State. Although they raided where he was to stay, Museveni’s secret service grabbed him from the clinic and rushed him to Accra. It was a lucky escape.

He recalled how Uganda’s diplomats abroad treated him with a delicate reverence laced with panic which puzzled other officials in a government delegation. For over a decade, he had probably evolved from being the boss of the Kampala-based secretariat of the Gaddafi-financed PAN-AFRICAN CONGRESS to a pal of Museveni’s secret service. Both TAJU and Museveni were brilliant theorists.

Their friendship was aided my Abdurrahman Babu, a London-based Zanzibar politician protected by Nyerere’s operatives from the wrath of Aboud Karume who saw him as a dangerous communist. Babu had been a Minister of Planning in Nyerere’s cabinet when Museveni was a student of the Guyanese historian Walter Rodney at the University of Dar- es- Salaam.

Dar- es- Salaam was also the headquarters of the Liberation Committee of the Organisation of African Unity (OAU). Sam Nujoma (of the South West African People’s Organisation (SWAPO) was there. So was Oliver Tambo of the African National Congress (ANC) and others. Shamuyarira almost certainly arranged for Museveni to meet Samora Machel, leader of Front for the Liberation of Mozambique (FRELIMO). This school for liberation would encourage Museveni to invent elections which take women into local councils and parliament.

The racist governments in Southern Rhodesia, South West Africa (now Namibia), Mozambique, South Africa and Angola gave priority to holding and protecting power and not to ‘’Democracy’’.
Radical rulers favoured longevity. Mao Zedung held leadership from 1949 to his death in 1976. Fidel Castro ruled from 1959 to 2010. Nyerere ruled from 1961 to 1985. What mattered was commitment to serving the people’s welfare; and building industrial power in their economies. Revolutionary ideology tamed elections.

Lectures were by Communist teachers from Eastern Europe. Walter Rodney and Okwodiba Nnoli converted from theories they had learnt from professors in London and Stanford universities into challenging imperialist racism. Franz Fanon, a medical doctor, psychiatrist and fighter against French troops in Algeria had the appeal of combining Marxist theorizing with firing guns in the mountains of Algeria. His book ‘’THE WRETHCHED OF THE EARTH’’ had enormous influence among cadres of liberation movements in Southern Africa.

Amilcar Cabral insisted that people support what affects their stomach. Museveni offered compensation to 16,000 persons in Acholi and Lango regions who lost livestock in past conflicts.

As Machiavelli teaches, he stokes the selfishness of 504 MPs and 80 ministers. They buy votes with their salaries. Machiavelli also advocates power from barrels of guns. This is central to Museveni. In the November 2020 to January 2021 election campaign other contestants have accused him of deaths of opposition supporters; arrests, detention and beatings.

His main challenger, the youthful musician Bobi Wine, has petitioned the International Criminal Court over deaths of opposition supporters.
Samora Machel earned high praise for capturing, in battle, a highly decorated general of the Portuguese army. Fanon asserted that violence against an oppressor makes the oppressed attacker regain human dignity.

Leaders of liberation movements emphasised the importance of face-to-face communication with peasants and urban folks to win their support. It has been noted that during the year before an election Museveni addresses rallies in each constituency of candidates of his party, the National Resistance Movement (NRM). As the incumbent President, he travels by helicopter over bad roads.

He uses simple and toxic language: referring to non-supporters as ‘’swine’. On January 9, 2021, he blamed ‘’lazy and useless’’ Members of Parliament’’ for ‘’not identifying problems affecting citizens and monitoring government projects in their constituencies’’. He accused them of sleeping and snoring inside parliament; being preoccupied only with their allowances.
In recent elections his party has won 23 out of 30 seats.
Quote
Radical rulers favoured longevity. Mao Zedung held leadership from 1949 to his death in 1976. Fidel Castro ruled from 1959 to 2010. Nyerere ruled from 1961 to 1985. What mattered was commitment to serving the people’s welfare