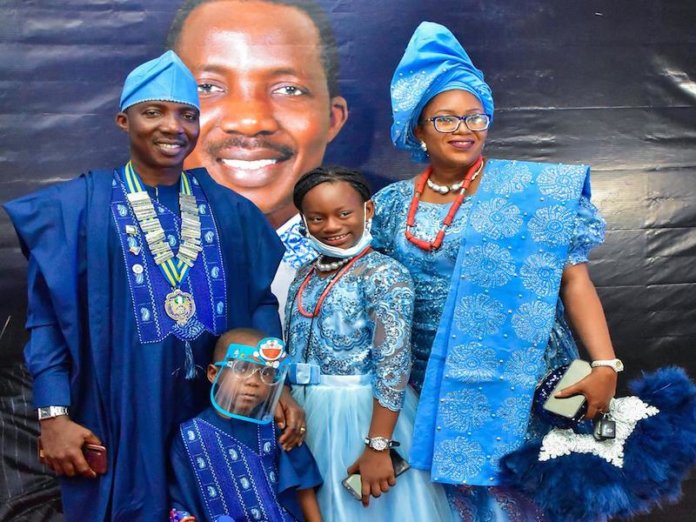 Oyebade, who has a Master Degree in Business Administration (MBA), was installed in a ceremony held at the Rotary Centre, GRA, Ikeja, Lagos.

Rotarian Oyebade said it is his intention to create various opportunities for Rotarians to make greater impact in their communities.

District Governor Oyebade said, the major programme for the rotary year, which started July 1, 2020, and ends by June 30, 2021, is to focus on prostate cancer. We have decided to focus on two sides; one is the screening aspect.

“We want to screen 1,000 people that are above the age of 40, as of now, after spending about four months in the current rotary year, we have screened over 500 people and currently screened over 600 people out of the 1000 people mentioned. While the building of Rotary prostate cancer center also need support.”

In addition, Oyebade also revealed that another project close to his heart is the Micro Credit Scheme where 26 people has been given N50,000.

The Scheme aims to empower 34 beneficiaries with an interest-free loan of N50,000, repayable over a period of five months, and already 46 people have been awarded.

The District Governor, while delivery his speech, thanked the Ogun State government for supporting the Rotary club with four plots of land at the Olabisi Onabanjo Teaching Hospital, to construct the prostate cancer center.

“There is no better way to supporting rotary and supporting the project”, he said.

According to him, “this year, I assure residents of Lagos and Ogun States, which make up district 9110 that they will see, read and hear more about the impressive exploits that the rotary club will be doing. I have no doubt that we will be delivering significant projects and making an impressive impact”.