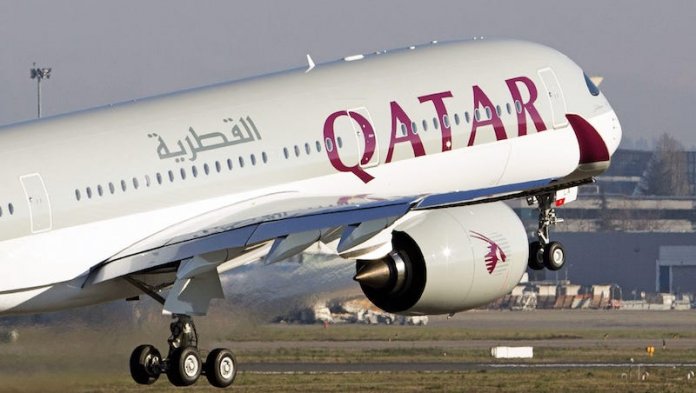 Qatar Airways said it has resumed flights to Riyadh in the Kingdom of Saudi Arabia with a daily service.
QR1164 from Hamad International Airport to King Khalid International Airport took off in Doha at 13:45 local time and landed safely at its destination at 15:10. The flight was operated by Qatar Airways’ Airbus A350-1000. The airline said later this week, it would resume flights to Jeddah today with (QR1188 departing DOH at 18:50) and to Dammam tomorrow (QR 1150 departing Doha at 17:10).

“Passengers from KSA can once again enjoy the award-winning Qsuite, featuring sliding privacy doors and the option to use a ‘Do Not Disturb (DND)’ indicator. The Qsuite seat layout is a 1-2-1 configuration, providing passengers with one of the most spacious, fully private, comfortable, and socially distanced products in the sky.

“The national carrier of the State of Qatar continues to rebuild its network, which currently stands at over 110 destinations with plans to increase to over 125 by the end of March 2021. A multiple award-winning airline, Qatar Airways was named ‘World’s Best Airline’ by the 2019 World Airline Awards, managed by Skytrax. It is the only airline to have been awarded the coveted ‘Skytrax Airline of the Year’ title, which is recognised as the pinnacle of excellence in the airline industry, five times,” the airline said.