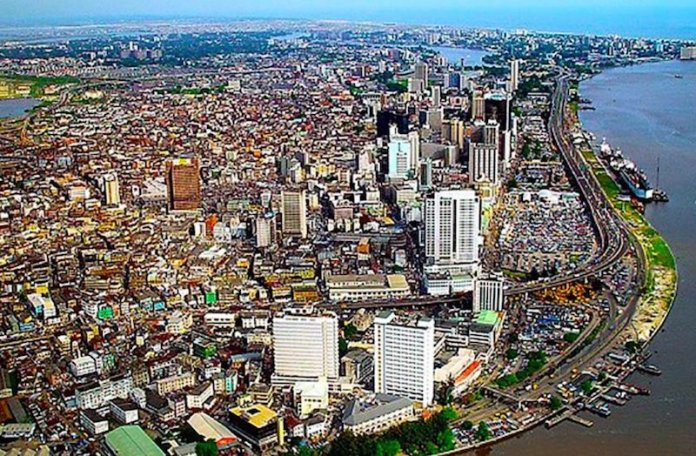 Lagos, the commercial nerve centre of the nation and the economic pride of Nigeria remains the pillar for economic sustainability of the country. A melting pot for all tribes and faith and land of opportunities for all sundry.

This smallest geographic space in Nigeria ironically accounts for over 70 percent of its economic activities. It’s unarguably the powerhouse of Nigeria’s economy. When Lagos sneezes every state including Abuja, the federal capital, catches cold.

The state’s Gross Domestic Product and other economic indices also dwarf economic outputs of some nations in the West Africa corridor. Ghana is no match for Lagos. The volume of trade and economic activities, a burgeoning population grossing over 20 million people and other peculiarities are both blessings and burdens. The chief executive of a state like Lagos must be above board all the time and must be vastly innovative to survive. A mediocre can hardly last a week on the seat.

From 1999 when the builder of modern Lagos, Asiwaju Bola Tinubu assumed office, his successors had consciously demonstrated fidelity to the trajectory of development espoused by the leader. From almost a ruined city, Lagos progressively witnessed developments in all aspects and morphed into a mega city and ultimately a Smart City.

According to CityPopulation.de, at least, 37 cities are identified as megacities in the world: Lagos and Cairo, capital of Egypt, top the chart in Africa. Yet experts agree that there are challenges like slums, traffic snarls, crimes, gentrification, urban sprawls, homelessness and air pollution, among others. In other climes, the national governments intervene to lessen the burden on megacities. But Lagos through innovative governance and deft of resources management substantially bears the burden and succeeding too.

The calls for special status for Lagos have not been heeded. Multi-million dollar light rail project connecting Okokomaiko to Marina/CMS is being constructed on the balance sheet of the state, making Lagos the only sub-national entity in the world to single-handedly embark on such a massive project without a dime from the central government.

The incumbent governor Babajide Sanwo-Olu in the tradition of excellence in governance is relighting Lagos in a most energy conserving manner. The governor has concluded plans to retrofit the existing street lighting systems with more efficient LED lighting. The new lighting system will give better illumination with minimal energy usage. The latest lightning technology also proves to be more durable reducing cost of maintenance significantly.

The plan of accelerating the 24-hour economy for Lagos will be greatly hampered without lighting up the city. When there is illumination, crime rate drops as men of the underworld can’t hide under the cover of darkness to unleash terror on residents and businesses.

The initiative is a great enable which will strengthen the THEMES agenda of the Babajide Sanwo-Olu administration which are Traffic Management and Transportation, Health and Environment, Education and Technology, Making Lagos a 21st Century State and Security and Governance.

The Streetlight Retrofit Project was unanimously approved by the Executive Council as part of the T.H.E.M.E.S agenda of Mr. Babajide Sanwo Olu-led-administration, which will make the state a 21st century economy as it leverages on private sector partnerships to accelerate infrastructure interventions.

On why the retrofitting is expedient, the commissioner explained that one of the features of the LED lighting system is the use of significantly lower energy to produce the same amount of luminosity, explaining that in the pilot phase of the project, it was determined that LED lighting resulted in a reduction of up to 60 per cent of the operations and maintenance costs of streetlight infrastructure.

“As Lagos State evolves to a Smart City, the utilisation of smart and energy efficient streetlights is vital in ensuring improved government service delivery in areas of security of lives and property of Lagosians and environmental sustainability (reduction in Co2 emissions from reduced energy consumption of energy efficient luminaires) whilst also improving socio-economic activities in the state by enabling a functional 24-hour economy”, he explained.

Governor Sanwo-Olu has continued to demonstrate dexterity in governance since 2019 when he assumed office. From roads, health, education and transport, he has been setting the pace. He inherited a state filled with filth caused by the disastrous experimentation of the VisionScape project by the previous government. He mobilized and energized the wearied local waste operators and pronto sanity began to return. Heaps of refuse that littered street corners were cleared and Lagosians can once breath fresh air and savour splendor of the aquatic city.

Terrific gridlocks on the roads were also visited. A twin approach of enforcement and re-engineering of conflict points worked wonders. Erring motorists especially the recalcitrant commercial bus drivers were whipped into line. One-way offenders on ‘mission suicide’ forfeited their vehicles and faced the law.

The officers of the Lagos State Vehicle Inspection Service that were hitherto reined in by the previous government were directed to return back to the roads with a caveat to shun their excesses or face stricter sanctions. The officers helped in ensuring roadworthy vehicles ply Lagos Trunk A and B roads. Incessant breakdown of vehicles reduced and Lagos was moving.

The Lagos State Traffic Management Authority (LASTMA) officers also moved in to ease pressure on the roads. Areas where gridlocks were not man-made where redesigned. Popular Allen Avenue roundabout was shrunk to give wider access for vehicles converging at the confluence.

Similar interventions were made in other locations across the state. The Sanwo-Olu administration also shows commitment to mass transit in the transport. The Oshodi/Abule-Egba BRT corridor was completed and commissioned. Thousands of residents in Alimosho, Ota and environs now enjoy the same mass transit luxury of their counterparts in Ikorodu.

The perennial road collapse between Mile 12 and Ojota both inward and outward is getting concrete treatment. Asphalt appears not strong enough to withstand the vehicle pressure and heavy duty that ply the axis. Sanwo-Olu is building the road to last. Reinforced with a 20mm-size iron rod weaved together like a basket with extra-pure granite and cement mixture of about 12 inches thickness. That is Sanwo’s standard!