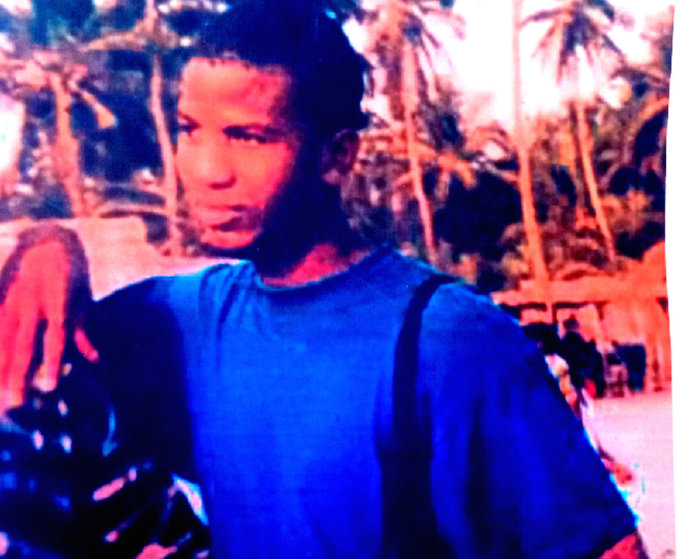 One, two, three… eighteen years gone since Sulaimon Olufemi, a Nigerian national, has been in detention over his alleged involvement in a mob action that claimed the life of a Saudi Arabian police officer.

The incident happened at the car park where Sulaimon worked as a car cleaner in Saudi Arabia in 2002.

He was arrested with 12 other Nigerians, but others have been released while some deported after completing their jail terms.

Yet, Sulaimon has been in prison since May 2005 after his death sentence by the highest court.

Then the Saudi Arabian Human Rights Commission, the country’s official human rights institution wrote to confirm that the death sentence had been upheld earlier by the Court of Cassation and the Supreme Judicial Council in April 2007, meaning he has no recourse to further appeal.

After tabling their concerns, she said “Though efforts are on by the federal government through the Ministry of Foreign Affairs to get him released, the visit of the Olufemi family at this particular time is a right thing in the right direction”.

She therefore assured the family members that all efforts are on towards Sulaimon’s release through ‘plea for clemency’.

Suliamon Olufemi is a Nigerian national, born in Lagos on April 20, 1978. He was the youngest among other Nigerians tortured during the interrogation.

Allegedly under duress and trying to avoid death, Sulaimon thumb printed what was unknown to him to be a confessional statement that could affect his trial because he did not understand the contents since it was prepared in Arabic.

It was at the court that he realised the gravity of the statement he had fingerprinted which implicated him when a Sudanese translator at the trial asked in English, if it was true he had pointed a gun at the head of the dead police officer.

Based on Shari’a law in Saudi Arabia, if a crime of this nature is punishable under the rule of qisas (retribution), then the relatives of the murdered person have the right to decide if the offender should be executed or pardoned.

Analysing the circumstances surrounded the arrest of Sulaimon, Dabiri-Arewa said, “There were people arrested, but unfortunately he was the only sentenced to death while others were released”.

She stated further that “the pending issue now is that of police that was killed had a daughter of about two years when the incident happened. The child is 18years presently, and she can decide if to forgive Sulaimon or not. and I hope when the authority sees the aged parents of Sulaimon in tears, they will reconsider their stand and temper justice with mercy.”

The visit of the family served as renewal appeal for the release of Sulaimon and this was rekindled in the emotion-laden event when the patriarch of the family, Pa Yavinaku Olufemi joined the appeal for clemency.

Tears blurring his eyes, the octogenarian father of Sulaimon, pleaded with the Saudi Authority to release his son to him by letting go. In his words, “As I am aging, I want to see Sulaimon before answering God’s call. I could not continue with my former work because he has been an important boy to me”. He stated further that “whatever might be the nature of his involvement in the case the Saudi Authority should please pardon and release him”.

Also his aged mother, Kikelomo Olufemi, with tears welling up in her eyes lamented and said “whenever I think of Sulaimon, I feel his absence and I feel sad because he is part of me”.

His brother‘ wife added, “Sulaimon was known to be a gentleman and peacemaker. We are missing him since he left Nigeria. Life generally is more the same, so we are pleading with the government to pardon him”.

Earlier, the eldest son of the family, Olabode Olufemi, explained how his brother went to Saudi Arabia with umrah visa in 2002 to work and the incident happened a little time after he had arrived atSaudi Arabia.

He further clarified, “Sulaimon has been on death row for over 18years on the case he knew nothing about’.

He therefore begged the authority in Saudi to please forgive and release him, because he is not a trouble maker and the family feels his absence