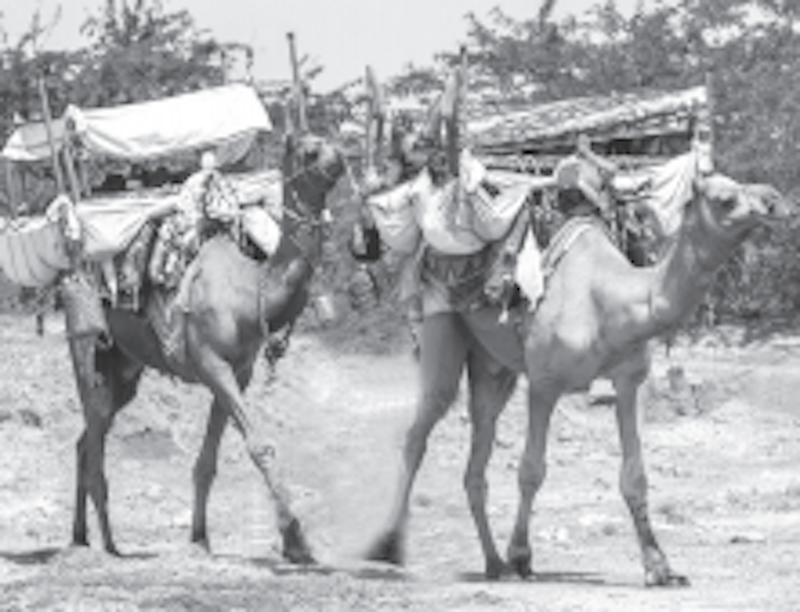 Despite 16 months of partial closure of the country’s land borders, the impact seems fragile since the security challenges have not in any way diminished. If anything, the challenges seem to be mounting. Nothing highlights that better than the statement by the Arewa Consultative Forum (ACF) which raised the alarm that Camels are now being used to bring in rocket propelled grenades and anti-aircraft guns into the country through northern borders. “The question Arewa Consultative Forum would like to ask the security agencies is, where are the Camels heading? The ACF is deeply worried,” said Audu Ogbe, ACF chairman and the immediate past Minister of Agriculture.

While many people question the reopening of the borders, especially at a time we are still fighting a global pandemic amid insecurity, it is also difficult for an administration that has adopted a selective approach to who has access to them to keep the borders perpetually shut. The issue of illicit arms flow, however, needs to be addressed as a national security imperative.

Not long ago, President Muhammadu Buhari had lamented that the West African sub-region is not only a victim of illicit financial flows but also of human trafficking, arms and drugs, and with dire consequences on the wellbeing of the people and on national security. These, he added, had continued to fuel terrorism and the proliferation of Small Arms and Light Weapons (SALWs). His views were corroborated by then deputy head, Policy and Analysis of Munich Security Conference, Julian Voje.

The challenges posed by illicit flows, particularly through Nigeria’s borders, are enormous. Nigeria has hundreds of porous borders where illegal movements and smuggling of people and goods are done on a daily basis. Now, animals are being used as mules to smuggle in illegal weapons, and perhaps more. Indeed, besides huge losses to the economy, the borders have also aided human and drug trafficking, while fuelling terrorism and communal violence in the country.

The level of insecurity and conflicts across the nation perhaps highlights the prevalence of weapons in the hands of non-state actors. Nigeria is awash with illegal small arms and light weapons many of which were trafficked through the unmanned borders. A recent research showed that out of the 857 million small arms and light weapons in the world, 500 million are illegal with 100 million found in sub-Saharan Africa. About 7.5 per cent of that is in Nigeria. The UN Regional Centre for Peace and Disarmament and the Presidential Committee on SALWS also found that 350 million of the 500 million such weapons in West Africa are in Nigeria. As the ACF noted last week the capacity of the terrorists is rising by the day and “we are not far from the moment when the terrorists will become better armed than our accredited security agencies.”

Besides, the ease of access to these weapons has made individuals and communities more fortified and hence less amenable to entreaties to make peace. The increasing wave of bloody violence between farmers and herdsmen as well as the serious security challenges on the country’s highways can be traced partly to the ease to SALWs by some unscrupulous elements. This is a common phenomenon as it has resulted in breakdown of law and order in some of the failed states in Africa.

The Minister of Interior, Rauf Aregbesola, said recently that the country had deployed technology called MIDAS (migration information data analysis system) in the four reopened borders to register all those crossing the borders. As it stands, such surveillance has to be extended to some of the 1400 illegal entry routes into Nigeria. This is needed to safeguard lives and property in the country.