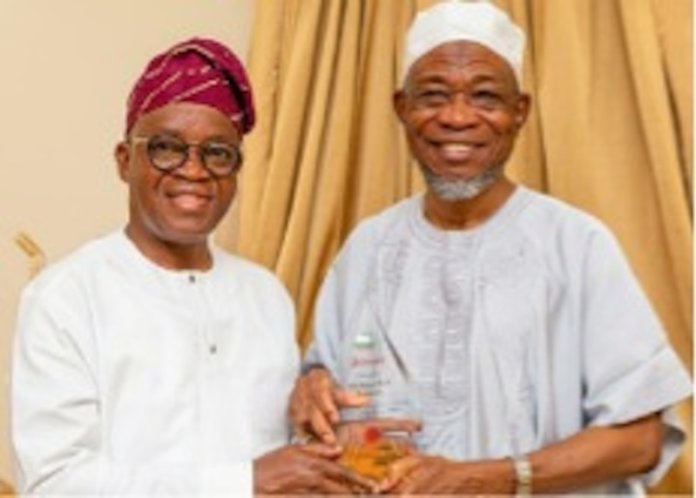 Politicking in Nigeria is no easy venture, not as long as it is an endeavour to compete in and with human resources. Governor Adegboyega Oyetola of Osun State and his predecessor, Ogbeni Rauf Adesoji Aregbesola, are a case in point. Their reported penchant for disagreeing on almost everything and anything is reaching an all-time high.

It is easy, based on the frequency of clashes, to assume that Ayo Fayose and Governor Seyi Makinde are the main political adversarial gladiators in the Southwest, especially within the Peoples Democratic Party (PDP). That may be, according to some people. But, Aregbesola and Oyetola in the All Progressives Congress (APC) are not doing badly themselves.

According to recent reports, Ogbeni Rauf Aregbesola (who is currently the minister of the Federal Ministry of Interior of Nigeria) is setting up political machinations to ensure that his successor, Oyetola, does not at all make the cut for a second term. Because the Osun State gubernatorial elections are slated for 2022, tensions are high. Thus, Oyetola is not taking kindly to any indication of an intended disruption of bid for a second term.

According to reports, Aregbesola’s efforts at terminating Oyetola’s governance pertain to the regional card (i.e., the next APC candidate is expected to emerge from a different senatorial district, and not from Oyetola’s Osun West).

On the other hand, Aregbesola has been reported to have acquired military help in securing his luxurious country home (which is currently under construction at Ilesa, Osun State) from hoodlums. Folks have pointed out that Aregbesola is essentially protecting his house from Governor Oyetola, but that remains a mere conjecture.

Interestingly, the alleged Aregbesola-Oyetola feud has remained something of a mystery since Oyetola came into office. During Aregbesola’s tenure as governor, Oyetola was his chief of staff. How does one go from chief of staff to public enemy number one? Both parties have noted, from time to time, that their feud is non-existent, settled, or nothing to worry about. Regardless, reports disprove all that.
Whatever the case, 2022 is nigh, so the alleged Aregbesola-Oyetola beef is getting hotter and hotter.