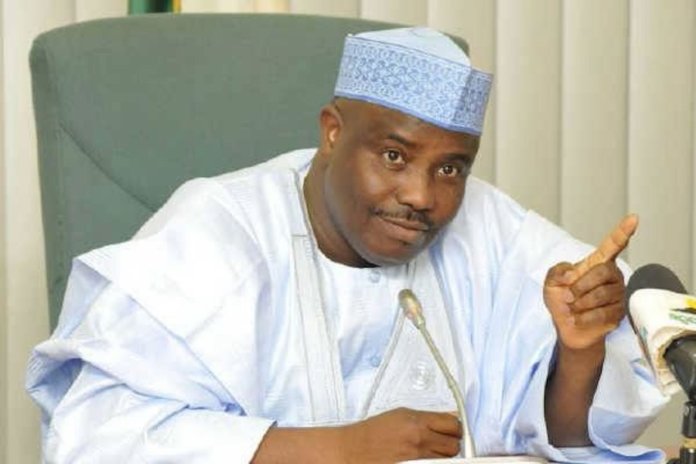 Statesmen everywhere around the globe are a success story not only politically but in terms of superb management of men and resources. Often it is their excellence at putting food on the common man’s table and giving listening ears to the cantankerous elite that define their life chances.

A synopsis of a moment in the life of British war time Prime Minister, Harold Wilson attests to this. He was billed to give an interview at the BBC in London. So, he took a cab. While riding towards his destination, he got talking with the cab driver who narrated that he was in a hurry to drop off his passenger, who he didn’t recognize, so that he would get home on time to listen to Prime Minister Wilson’s talk.

Upon arriving at his destination, Wilson handsomely paid off the cab driver and was about to head off for his appointment when the driver changed his mind and decided to wait for him till he comes out. Without knowing who gave him a tip, the cab driver had, all of a sudden, jettisoned his interest. The lesson in the story is the place of money in our lives. And, who is better to spearhead ‘who gets what, when and how?’, than the discerning leader?

This is the calling of Gov. Aminu Waziri Tambuwal- accomplished man of letters, lawgiver extraordinary and seasoned administrator. Before he became the Governor of Sokoto State in 2015, he was sought after by a well-connected group of persons in the country. For good.

The Sultan of Sokoto, Muhammad Saad Abubakar and the Sultanate Council of Sokoto gave him a mark of trust. He was made the Mutawallen Sokoto in justification of the trust reposed in him, that with him the till of the state and the Caliphate are safe.

His name, his honor and leadership dispositions had blended at an appointed time in history to earn him the emblem of a patriot, at once a representative of the North and Nigeria.

Born January 10, 1966, three days before the nation spiralled towards the abyss of destruction by forces that chased him to cover their profligacy half a decade later,
Tambuwal, according to an ex- legislator I know well, “is a man destined for bigger things, that kind of person who when he sets his mind on something achieves it.”

Whether this is true or not, the governor has laid the ground, superlatively, for the attainment of what he aspires for. Chief among these is his passion for trust, fairness and equity. Through dint of hard work and perseverance, he has held the number four position in the country and became the fourth person in the history of the seat of the Caliphate to be accorded the outstanding title of Mutawallen Sokoto- the Exchequer of the Caliphate.

Ever since he was bestowed with this distinct status the trajectory of his commitment to upholding the burden of trust has been unflagging. In his first tenure in office as the state governor, he instituted fiscal reforms that were unprecedented. This ruffled many feathers, some of which resorted to diabolical designs to even scores with him.

He was undaunted to the extent of encouraging his chosen financial guru, Hon. AbdusSamad Dasuki, not to relent until the goal he sought is reached. Of course, it came to pass. In the first year of his administration, the state saved half a billion Naira from the duplicitous enterprise of douche wage earners. A year later, he became the cynosure of the World Bank’s eye.

Under the bank’s States Fiscal Transparency, Accountability and Sustainability Programme (SFTAS), his prudence and propriety fetched the state $2.5 million. Few months later, the astronomical reward accruing from the global bank, for the same financial management acumen, rose to $22.5 million.

Undoubtedly, this remarkable achievement has put Sokoto state in an illustrious position sought after by every other entity. More so, it had opened the vista for better proactive partnership with other donor agencies across the world- the United Nations, with which Tambuwal’s administration, on December 2, 2020, signed an MoU of $4.9 billion with the UN system to be part of the UN implementation of the United Nations Sustainable Development Cooperation Framework (UNSDCF) tools to unite, harness ‘comparative advantages,’ and “help states to accelerate” the execution of “agenda 2030 and the SDGs.” Again, the state gained the trust of the World Bank, which will soon grant it a $20 million facility to cushion the effect of COVID-19.
Significantly, the brilliant mix of financial wizardry and political brinkmanship, for which Tambuwal has been known over the years are developmental anodynes that have started curing the malaise of malfeasance and retrogression that has nearly plunged Sokoto into a ditch few years before his coming.

Today, under Mutawalle, the story is different. The fund so far raked in and the monthly Federal allocation, after prompt payment of salary, pensions and gratuity, has been properly ploughed into developing the education sector (multi-million naira girls science schools under construction), healthcare delivery (a state of the art diagnostic center and Sokoto State University Teaching Hospital), as well as agricultural development across the state (procurement of N4 billion partnership fund from the African Development Bank to resuscitate a 90-year-old irrigation farming scheme at Kware local government area). These are just tips of the iceberg, pointing to the fact that Sokoto is working under Mutawalle.

The testimony of those who witnessed his turbaning as the Exchequer in 2014 still resonates. According to the Sultan of Sokoto, “You have been in the limelight for a long time but today you are in a much greater limelight. We have confidence that you have the ability to discharge this additional responsibility. We are very proud of your contributions to humanity.”

For Bishop of the Roman Catholic Diocese of Sokoto, Most Rev. Matthew Kukah: “This is a very significant event for all of us in Sokoto, it couldn’t have happened to a better person. Alhaji Aminu Tambuwal has conducted himself and the affairs of politics in a way and manner that has further increased the level of appreciation of politics.”
Consequently, the applause that still trails the milestones of Mutawalle, to which discerning minds are still accustomed and the goodwill of the governor of putting his people first are the best birthday gifts that one can present to him.

Bello is the Special Adviser Media and Publicity to Gov. Aminu Waziri Tambuwal of Sokoto State