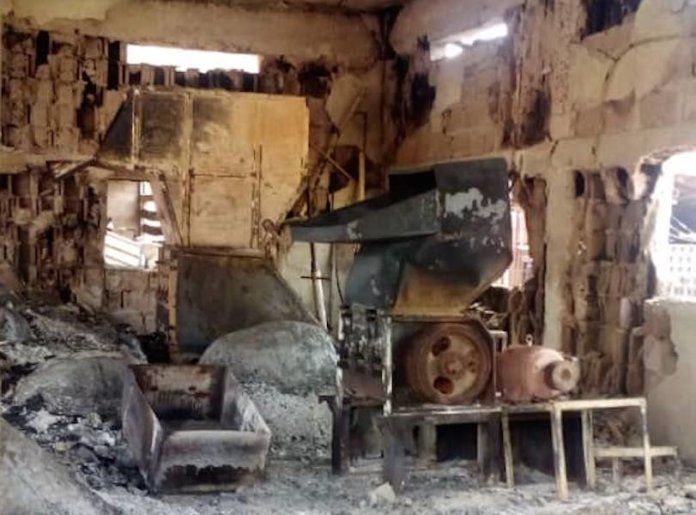 The company, owned by Nnewi industrialist and businessman, Chief Louis Onwugbenu, manufactures the Louis Carter brand of motorcycles, which is widely used in the South-eastern part of Nigeria and the South-south.

The fire outbreak, a company source said, started 10:00pm on Saturday, and raged for about six hours despite attempts by men of the Anambra State fire service to put it out.

It was gathered that the fire defied all the fire extinguishing machines in the company. Even the men of the fire service department who were said to have arrived one hour and 30 minutes after the fire had started, could not extinguish it.

The General Manager of the company, Mr Ndubisi Okoli, said the company’s security men alerted him of the fire Saturday night.

“The security men said the magnitude of the fire could not be put out with fire extinguishers at the factory, and that they had called the fire fighters’ emergency number, which led to the arrival of the men of the department.

“The fire was caused by Enugu Electricity Distribution Company’s (EEDC) high tension cable that exploded and sparked off fire into the section of the factory which stores our raw materials.

“The raw materials and crushing machines worth over N500 million was completely razed down, just as the building was completely burnt too, but no life was lost,” Okoli said.

Also reacting, the Chairman, Chief Executive Officer of Louis Carter Group of Companies, Chief Onwugbenu, said the fire incident had caused a huge loss to the company that had hundreds of workers in its employ.

Onwugbenu acknowledged the effort of Chief Innocent Chukwuma, Chairman of the Innoson Group, and member representing Nnewi North in Anambra State House of Assembly, Hon Nonso Smart, who he said were physically present to motivate the fight against the fire.

Onwugbenu said it would cause him huge amount of money to rebuild the factory, adding that he was uncomfortable about the number of workers that had been thrown out of job because of the fire outbreak.