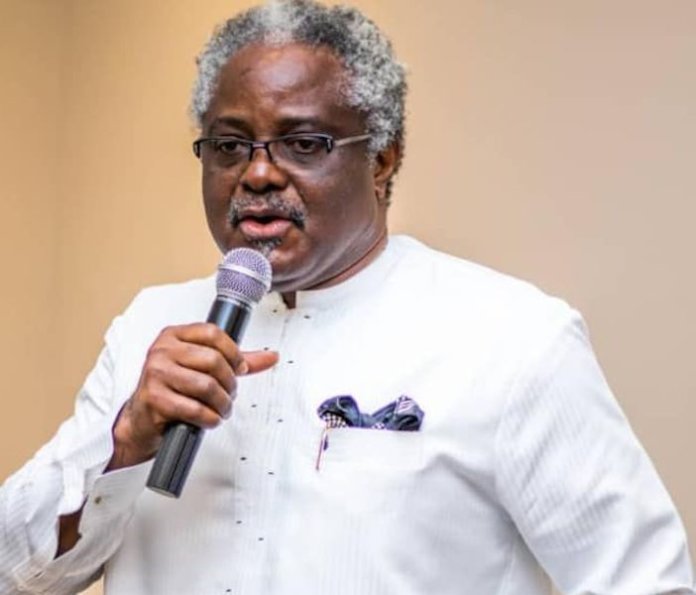 David-Chyddy Eleke examines the chances of one of the leading figures for the office of President General of the apex Igbo socio-cultural group, Ohaneze Ndigbo, Dr.  Chris Asoluka

On January 10, the Igbos will go to the polls to elect a President-General for Ohanaeze Ndigbo. Among those in the race are men who are very seasoned in Igbo affairs, but of course, just one will emerge after the electionThere are factors which those who have the right to vote would be looking for in the aspirants.

Dr. Chris Chigoziri Asoluka is one of the aspirants. He has shown capacity to lead Ndigbo too. Asoluka, a political scientist, lawyer and policy strategist is one man whose ability to lead is not in doubt. His thoughts, ability to lead and sagacity in leadership are in doubt. For him, his priority as President-General of Ohanaeze Ndigbo would be, “The task of institutionalization of Ohanaeze Ndigbo worldwide, in line with its constitutional targets, is one thing that must be accorded priority for true ownership of the association, funding and effectiveness.”

He said, “Our team will take back Ohanaeze Ndigbo to the grassroots; build bridges with the young and womenfolk and link up with the diaspora energy and resources. Ohanaeze Ndigbo, which has been accepted as the apex socio cultural group in Alaigbo, must rise squarely to rebuild trust and renew our people’s hope and confidence in ourselves. Thus Ohanaeze Ndigbo will speak for every Igbo man and woman, canvass and negotiate to secure our collective interests.”

He continued, “The truth is if you must speak for me, you need to know my feelings, thoughts and fears before you do so. Therefore, our institutionalizing process of Ohanaeze Ndigbo is to generate inclusiveness and feedback system. We need to make the Ohanaeze Ndigbo worldwide to be seen by every Igbo person as an institution to be respected, loved and cherished. That was how Igbo State Union was run and managed. With strong institution in place, our people will willingly participate in Ohanaeze Ndigbo and support her activities.”

Speaking on the task of fighting marginalization of Igbo in Nigeria, he acknowledged that there was infrastructure deficit including seeming lopsidedness in its distribution. “I also acknowledge the failure of federal character/representation, appointments and opportunities.”

He however said that to resolve some of the issues will entail a multi-prong approach hinged on networks, negotiations, advocacy and at times agitation. He said he will reach out to political leaders of all shades, mount robust advocacy and/or credible agitation, including use of unified economic, demographic and spiritual endowment of Ndigbo when rebuffed! He assured to engage the governments of the day and create ways of making Igbo voice heard, and heard loud and clear.

Again, two delicate issues that stare Ohanaeze Ndigbo leadership in the face have always been the issue of secession as being clamored for by the Indigenous People of Biafra, IPOB led by Mazi Nnamdi Kanu and the choice between restructuring Nigeria and Igbo presidency. How an Ohanaeze Ndigbo president General reacts to this two will show the support or otherwise he would get from a section of the people. But Asoluka is not a man to shy away from controversial issues. On IPOB and secession he said, “As President-General of Ohanaeze Ndigbo worldwide, I will act as a father figure to all and sundry. I will keep up discussion with every Igbo group, listen to them, hear them out, and make suggestions where necessary. But we shall neither discuss in fear nor fear to discuss. As a father, I am expected to love each of our children without being selective or biased. Recall that even the Holy Bible makes room for the prodigal son (Luke, 15:11-32), not to mention engaging deserving groups and people.”

On restructuring and Igbo president, Asoluka has this to say, “We will, if elected, pursue both restructuring and quest for Presidency. Restructuring will enhance good governance and improved service delivery to Nigerians in every part of the country, better management of natural resources via devolution of powers and so on. Our position on restructuring is for the benefit of every Nigerian. The democratic system we are running is becoming too costly, wasteful and without adequate accountability, transparency and responsiveness. Paradoxically, concentration of power has further promoted parochial interests and it needs total unbundling. Especially at the Centre. So if you ask me, we are championing restructuring for the benefit of every Nigerian.

“Coming to Presidency, Ndi Igbo have a right to be reassured as being truly reintegrated after the Civil war that ended more than fifty years ago. It’s a soothing balm that ensures total healing when they don’t only aspire to the highest position but positively encouraged to present a president for all Nigerians. Indeed that gesture was promoted just nine years after the war when Dr. Alex Ekwueme became a Vice President. What is holding the full integration? What (or who) is stopping ndi Igbo from becoming President of Nigeria for more than 50 years since the war ended? Or was there a secret and silent agreement to impose a “glass ceiling” on Ndigbo, barring them from the office of Nigeria President? Both restructuring and Igbo Presidency have distinct and complimentary roles to play in making Nigeria work for the good of all.”

As the contest hots-up, and the contestants continue to sell their manifestoes to the people in the hope for victory. While others are banking on the support of godfathers; governors, Igbo leaders and top business men, Asoluka retorted to the question of who his godfather is, this way, “I have nobody but God Almighty as the source of my motivation and the decider of my fate. I was never drafted by any human “godfather” being regarded as those forces who sponsor and/or determine the outcome of electoral process or who are behind my decision to contest for any position.

“To the contrary, I have been regarded by many as being independent minded and difficult to be controlled or manipulated. However, my response to three compelling questions has always guided and motivated my decisions regarding offering myself for service. They include, first do I possess the skills for the tasks/job description of the position? If it is answered in the affirmative, I submit myself for scrutiny and validation of what I always define as a critical core or mass of people including my family whose objectivity and altruism I don’t doubt. Above all, the most crucial is the test in our Lord Jesus Christ parable of the talent as narrated in the parable of the talents (Matthew 25:14-30). It symbolizes some sort of moral or spiritual burden on one’s conscience or the legal duty of care to your neighbor.

“For the office of President General of Ohanaeze Ndigbo worldwide, I will say that my desire to serve is not prompted by any “god father” but the fact that there are a lot of work to be done in AlaIgbo, including the necessity for gender/youth inclusion, security of lives and properties, development of AlaIgbo. There is indeed an overriding need to complement other efforts to reduce poverty in the land, unemployment and the likes. As a resourceful problem solver and tested team leader, I will gather men and women of goodwill who are desirous to see a positive change in AlaIgbo. And together, we shall make AlaIgbo great again,” he concluded.