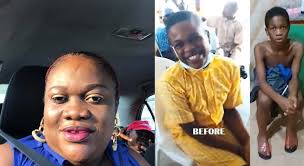 Absence of the Chief Magistrate in court has stalled the arraignment of suspects in the alleged torture and sexual molestation of an 11-year-old pupil, Don-Davies Archibong of Deeper Life High School, Uyo Akwa Ibom State.

The police had yesterday taken the suspects, five staff and two students of the DLHS to the Magistrate Court along Ikot Ekpene road for prosecution.

Also dragged to the court was a 74-year-old retired medical doctor, Effiong Udimidue, who is said to be a member of the Deeper Life High School Management Committee, Uyo.

The ‘abused’ boy’s mother, Mrs. Deborah Archibong had accused Dr. Udimidue of sneaking into the medical facility where her son was to take his blood samples without official authorisation.

The 74-year-old medical doctor was subsequently arrested and detained by the police but released yesterday morning.

Speaking with the counsel to the defendant (Deeper Life High School), Fidelis Igwe said: “The police brought about seven persons here. Five of them are staff and two are students and they are both minors.

“They (suspects) were not arraigned because we were informed that the Chief magistrate was not around and she will be around tomorrow (Thursday) being the only one that could handle the matter.

“Igwe, who is with the LFG Attorney Chambers, accused the police of keeping his clients in the dark as to the result of their investigation only for them to be taken to court for arraignment.

“The police have not told us what these people were to be charged for. We asked them to tell us the result of their investigation into the matter but they have not told us anything. But they just called them out and asked them (suspects) to join them to court. They have neither briefed us the lawyers that handle the case nor the management.”

Fielding question on how the suspects were arrested, the school’s lawyer said: “we have been going for introduction and interrogation, but when we got there Tuesday after interviewing them, the police said they were going to detain them, we asked them why but told us nothing.”

He said police have not shown them petition the claimant wrote against his clients.

On his part, the claimant’s lawyer, Mr. David Okokon said the reason the court did not seat was an administrative issue, explaining that the police and the court do not have the same working modalities.

Okokon accused the medical doctor who was indicted in the matter of engaging in “palpable and crude medical practice,” threatening that he was going to petition Nigeria Medical Association.