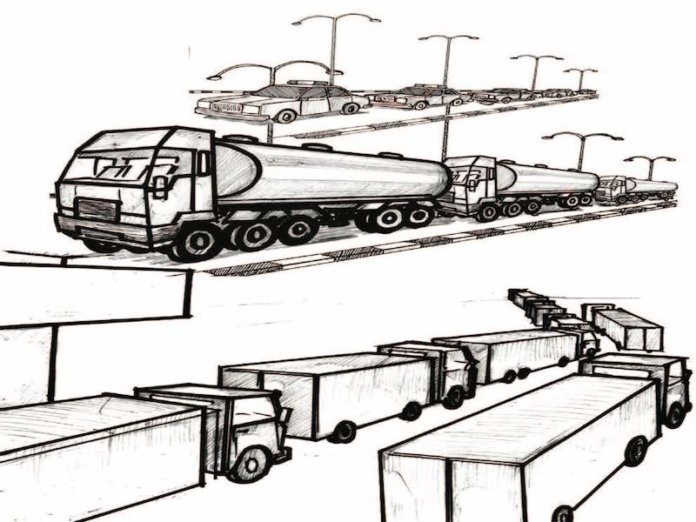 In June 2017, the federal government announced that the Standard Organisation of Nigeria (SON), National Agency for Food and Drugs Administration and Control (NAFDAC) and the National Drug Law Enforcement Agency (NDLEA) were no longer allowed to have representatives in the ports or partake in the process of cargo clearance. Also, the government announced that it had concluded arrangement to fix port access roads and provide scanners at the ports.

These were to enhance clearing process and reduce drastically cargo dwell time. Almost three years after, all the agencies that were asked to leave have all returned to the ports, access roads have become death traps, residents and business in Apapa, once a thriving port city, have stories of death and hours of traffic gridlock to tell. Cost of doing business has risen so high manufacturers are abandoning their cargos at the ports.

As a result of extortion by security officials, haulage cost from Tin Can to any other part of Lagos has risen from about N100,000 a year ago to about N1.2 million. Last week, truckers raised the cost of moving a container from the Tin Can Island Port to any other part of the city by 50 per cent, from N1.2 million to N1.8million. And with blockage of the roads, millions of containers are trapped in the ports and shipping companies have had to stay at several anchorages for between three to four months incurring all manner of surcharges. On average, 100,000 containers carrying various cargos are discharged in Lagos ports monthly, with shipping companies now charging $6000 to ship a container to Nigeria. In the first half of last year, it cost $1,000 to ship a 20-foot container to Nigeria from the Far East.

Due to the massive congestion at Tin Can and Apapa ports, many shipping lines have started diverting Nigeria-bound cargos to neighboring ports in Cotonou and Cote d’Ivoire. Today, importers pay N25, 000 as demurrage per container a day and another N15,000 as storage fees to terminal operators excluding 7.5 per cent value added tax (VAT). This amounts to N12.5 billion daily demurrage charges on 500,00 containers and N7.5 billion storage fees. The question is, does the federal government want to address the escalating port costs and its attendant economic loss to Nigeria?

The shipping companies, terminal operators, freight forwarders and the security operatives and the Ministry of Transportation are the ones benefiting from the status quo at the ports. The economic loss is not on the government and its agencies at the port or the port operators or even the manufacturers or traders doing the importation. The losses are all passed on to the end users – the Nigerian people.

Meanwhile, the ports used by the federal government and its partners in the oil industry to export crude oil and gas are not affected by any crisis of congestion and infrastructure deficiency. So what it will take to address the port issue, at a most preliminary level, is the resolve to do what is right.