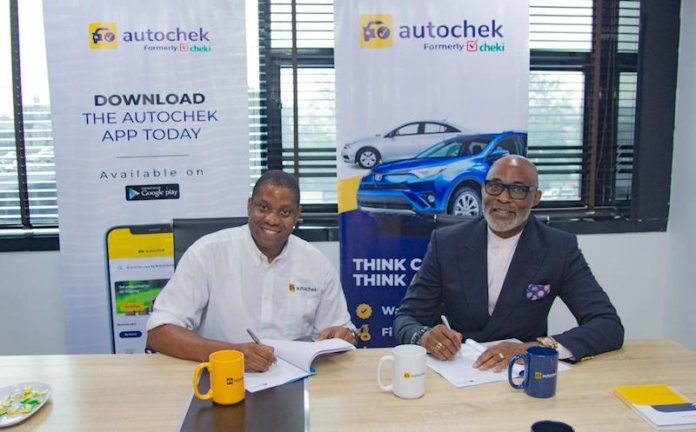 Officials of Autochek announced this in a statement, saying the company is set out to transform the African automobile industry by deploying cutting-edge technology to redefine the buying, maintenance and selling experience for everything that pertains to cars.

The Head of Retail Growth and Marketing, Autochek, Busayo Olude, stated that she is confident in the future the partnership holds for the brand.

“We believe the best choice of an ambassador should be an embodiment of a brand’s values and culture. RMD is not just an award-winning maestro in acting, he is also a lawyer, a writer and a producer. He is well-loved by many for his disarming charm, legendary charisma and celebrated creativity. His agility, sleekness, and versatility are strong attributes of our brand as well, and we believe he is a perfect fit for what we embody,” she said.

RMD acknowledged the stir Autochek has caused in the African Automobile industry following its rebrand this year from Cheki to Autochek in a superlative and admirable manner and expressed his pleasure and pride in being associated with the visionary creators.

“I am very humbled to be deemed worthy of being the face of the brand and look forward to taking the brand’s message to the doorsteps of Nigerians,” he said.

The company’s Vice President, Commercial, Mayokun Fadeyibi, stated that the brand is excited to have a veteran to drive home the message of the new experience Autochek affords all car owners, motorists and prospective car owners.

“We remain committed to making the car ownership experience hassle-free, unmatched and enjoyable for our customers. With RMD onboard, Autochek’s drive to recreate the automobile experience across Nigeria and Africa, we can only get better and will remain poised in surpassing our customer’s expectations,” he said.

The statement said, Autochek is a one-stop automotive-technology shop offering 360-degrees digital solutions to automotive needs through its digital infrastructure for better sales coordination, servicing and financing for the African auto market.

Also, Autochek has a catalogue that features different car brands and segment options from SUVs, sedans, hatchbacks, to buses and everything in between.

“Autochek is staying ahead of the curve effortlessly, by bringing a stress-free, superb, and seamless car ownership experience to all its customers and prospects. Like they say at Autochek, ‘Think Cars, Think Autochek’”.