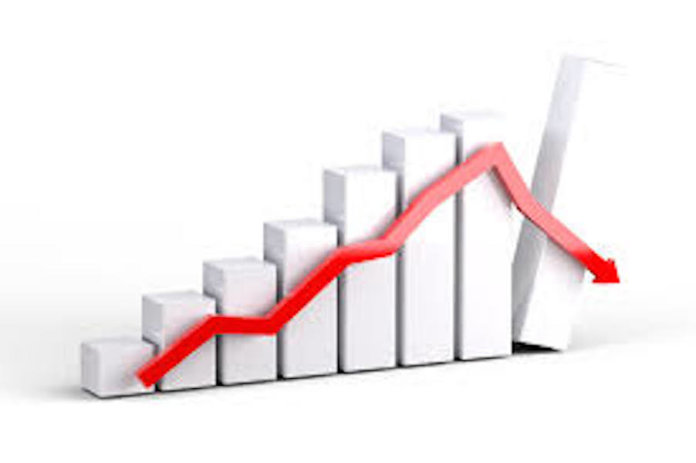 By Dike Onwuamaeze and Peter Uzoho in Lagos

Financial and economic experts have advised the federal government to look inward in its resource mobilisation activities in the new year.

They also urged the government to open up the economy through privatisation, commercialisation and outright sales of its moribund assets to facilitate the private sector to take charge of the country’s economy.

Some industry experts have also predicted a brighter prospect for the oil and gas in the new year, saying the sector has a brighter chance of recovery from its losses which will in turn impact positively on Nigeria’s economy in 2021.

They anchored their optimism on the eventual discovery of the COVID-19 vaccines, the expected restoration of oil production output by the Organisation of Petroleum Exporting Countries and its allies (OPEC+) and the stabilisation of oil price at over $50 per barrels, among others.

The economic experts called on the government to make more investments in human development, especially on education, health and the containment of the spread of COVID-19.

The experts who spoke to THISDAY at the weekend on how to revive and grow the economy in 2021, were the Executive Chairman and Founder of Phillips Consulting Limited, Mr. Foluso Phillips; Professor of Economics, Akwa Ibom State University and a former member of the Monetary Policy Committee, Prof. Akpan Ekpo and the Managing Director and Chief Executive Officer of BIC Consultancy Limited, Dr. Boniface Chizea.

Ekpo urged the government to look inward in its resource mobilisation because the recession the country is experiencing currently will not allow it to effectively implement the fiscal policies in 2021.

“So, what is required is to try and mobilise more internal resources and rely less and less on external borrowing.

“We have to do more to curtail wasteful expenditure, which will involve what I may call ‘expenditure switching’ by moving funds from areas we do not need to spend them to social investment programmes.

“Our expenditures should be to build more hospitals and educational facilities. The fiscal policy has to be more of correlation and consolidation in the sense that we are a federal system that has sub-national governments that need to be on course in order not to create macro instability in the economy,” he stated.

Ekpo, who is the immediate past Director General of the West African Institute of Financial and Economic Management (WAIFEM), called on the government to divest some of its stake in strategic corporations as it did with the Nigeria Liquified Natural Gas (NLNG) in order to enable the private sector to make investments that will be useful for the economy.

He said: “Government can do public offer so that interested Nigerians can buy shares in them and be interested in whether the companies are being well run or not. But it should limit how much shares a person can buy so that the assets will not go into a few hands.

“There are others they will commercialise or sell completely so that their operations will be private sector driven. For example, assets like the Federal Secretariat, Ikoyi and buildings on the Broad Street and Marina, Lagos, and such abandoned assets in other parts of the country should be sold off to bring revenue to government.

“It is sad that we have such government property all over the country. But the revenue from their sales should be invested wisely because they are one-off sale. These things have been recommended before but I do not know why they have not been implemented.”

Also, Phillips advised the federal government to implement policies that would be make the private sector to thrive.

He aded that there is lot of money locally because each time the government issues bonds, they are always oversubscribed.

“But people are not encouraged to put it into productive uses because the government seemed to be working against the private sector all the time.

He advised the government not to run away from the reality of COVID-19, but use the advantage that it has far less damaging impact on human lives in Nigeria as a platform to jumpstart the economy.

“We must make sure that there are clearly defined actions that can protect people because no amount of economic grammar will be profitable if you are losing lives, livelihoods and people are at home and panicking,” he added.

Phillips also harped on the need for the government to put in more investments in education sector.

“It should be education, education, since the government can never spend too much on education because it is what that will save us. The government must, as a matter of policy, put things in place that will give priority to education in terms of infrastructure and funding in such a manner that any person that is qualified to play in the educational sector must be a privileged person in our society.”

He noted that the country needed investments in human development to turn its large human population into assets, crude oil into petroleum products and cocoa into chocolate.

“The government must pay attention to education. If we do not start now, we are not going to get it in the next five, 10 years’ time. We must close our eyes and put money into it because when it pays back it trickles down the line,” he added.

Chizea, in his contribution, urged the government to tackle worsening youth unemployment by providing job opportunities for the youth.

“Part of the agenda is to ensure that we broaden the social safety net by providing palliative like America is doing. The central bank will produce the money if need be. It will cause inflation, but people have to eat and be protected from hunger and the social crisis it brings.

“Moreover, government should make the fund promised in the first stimulus package accessible by removing all the obstacles so that people can access it. It can only touch lives when it is accessed,” Chizea said.

He called on the government to privatise its businesses because it has no business being in business and fight insecurity.

He added: “Agencies and corporation to be privatised should be based on proper studies. But things like refineries should be privatised outright. How can we keep spending money on refineries that are not bringing in any income like the Kaduna refinery? Look at the steel plant in Ajaokuta that is not producing anything?”

Similarly, a former Head, Department of Economics and Management Studies, Afe Babalola University, Ado-Ekiti, Professor Samuel Gbatayo, said the topmost agenda of the government in 2021 should be the restoration of security in order to foster enabling environment for economic recovery.

He said measures should be taken to tackle insurgency, banditry, armed robbery, cultism and similar anti-social trends, “to inspire the confidence of both domestic and foreign investors, critical to the revival of the economy.”

He also advised thr government to deepen anti-poverty measures by empowering vulnerable segments of the society, especially the unemployed, women, elderly, handicapped and the infirmed.

He added that investment in infrastructure development should be prioritised, “particularly with the engagement of direct labour at the three tiers of government to combat unemployment and improve the nation’s moribund infrastructures.”

“Moreover, micro-credit facilities should be accessible to traders and the poor to support their livelihoods and lift them beyond the vicious circle of poverty,” he stated.

As Nigeria’s oil and gas industry entered the new year with huge losses and sundry challenges due to the COVID-19 pandemic-led shocks on the sector, some industry experts have said the sector has a brighter chance of recovery from its losses, which will in turn impact positively on the Nigerian economy in 2021.

The experts hinged their optimism on the eventual discovery of the COVID-19 vaccines, the expected restoration of oil production output by the Organisation of Petroleum Exporting Countries and its allies (OPEC+) and the stabilisation of oil price at over $50 per barrels, among others.

They also cited the awaiting passage of the Petroleum Industry Bill (PIB) by the National Assembly in this first quarter, the assent and implementation of the bill, and the awaiting allocation of new marginal oil fields to successful bidders, among others, as bases for their positive projection for the industry and the nation.

The Nigeria’s oil and gas sector faced a turbulent business year in 2020 due to the COVID-19 pandemic that led to the collapse of oil prices and the shattering of industry and national projections for the year.

This, Amieyeofori said, would hopefully open up the economies and impact on energy demands in the world, a situation that would help to increase Nigeria’s oil revenue.

According to him, the expectation that crude prices will stabilise around the current price of $50 per barrel in this 2021 brightens hopes for a stronger national economy in 2021.

He said: “The Nigerian oil industry will also benefit significantly with the vaccination, plus the hope that the PIB will be passed into law this first quarter.

“The industry will also be a beehive of activities with the award of the 57 marginal fields to indigenous oil and gas companies.

“The PIB and the marginal fields should attract more foreign investments into the country. We also expect increase in activities in the gas sector this year, driven by Autogas and flare gas commercialisation programmes.”

On policy actions the federal government needs to take to help mitigate some of the operational risks in the industry and attract more investments into the industry, he said: “The government must expedite the marginal fields awards and the passage of the PIB within the first quarter in order to drive the expected growth in the industry.

“The government should also address the issue of feedstocks challenges for the potential investors for the modular refinery industry as that is another source of investment into the country.”

Also speaking to THISDAY, the Chairman of Society of Petroleum Engineers (SPE) Nigeria Council, Mr. Joe Nwakwue, said he was hopeful that global demand for crude oil would be restored and the prices of oil would stabilise above $50 per barrel.

He added that the passage and prompt implementation of the PIB would address most of the domestic uncertainties and challenges being faced by the oil and gas operators in the country.

“I hope that significant demand restoration will happen this year, especially with the ongoing COVID-19 vaccination efforts across the globe. Recovery will take time no doubt but I hope 2021 will launch us on the path to full recovery,” Nwakwue said.

On some of the policy actions the federal government should take to attract more investments in the sector and reduce risks, he said: “We need to pass and implement an investor-friendly PIB, and work on most of the ease of doing business challenges facing the sector”.