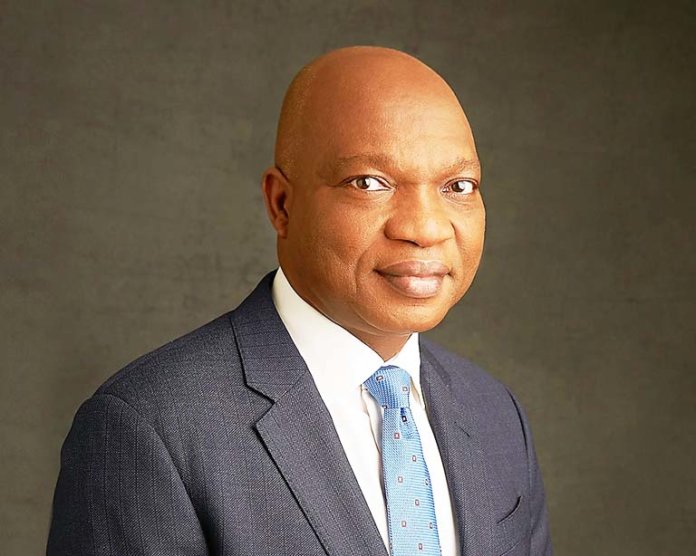 With the on-going bickering between Shell Petroleum Development Company (SPDC) and Rivers State Government that has caused huge economic losses in the last eight days of 2020 and looming environment hazard, it is expedient that the concerned parties come to the table to resolve the issues once and for all. Kunle Aderinokun reports

On Wednesday, December 23, 2020, the Attorney General and Commissioner for Justice of Rivers state, Prof. Zaccheus Adangor, SAN addressed journalists. The media event was sequel to the state government’s sealing of Kidney Island in execution of a judgment delivered by a Rivers State High Court given teeth by the Supreme Court’s November 27, 2020 affirmation of said judgment.

At the briefing, the Attorney General noted that Rivers State Government has secured the enforcement of her interest in the acquisition of 45 per cent equity stake in Oil Mining Lease (OML) 11 and Kidney Island in Port Harcourt. Kidney Island now belongs to the Rivers State Government pursuant to a certificate of purchase registered in the Lands Registry as No. 6 at page 6 in Vol. 46, Port Harcourt. The certificate of purchase was issued by the order of the High Court of Rivers State on July 23, 2019 and September 25, 2019 following the purchase of the facility.

The action was taken on Kidney Island despite Shell’s application for a stay of execution of the judgment. The Anglo-Dutch company had described the state government’s action as “premature” and subjudice.

Industry watchers, however, heaved a sigh of relief when news filtered out on December 31, 2020 that the governor had ordered the unsealing of Kidney Island for the operators following a meeting with NNPC GMD, Mallam Melo Kolo Kyari. While this is good news for all concerned, it still leaves room for anxiety because according to a press release from the RVSG, “Kyari commended the government of Rivers state for their cooperation, while further discussion to resolve the underlying issues continue.”

With the sealing of Kidney Island, the logistics operations facilitated and supported by SPDC and its technical partners were stalled. But that is not the key issue of concern of this piece.

The key issue of concern is the economic impact of the recent stand-off between SPDC and the Rivers state government. A consideration of the sealing of Kidney Island as it concerns the operations of all interested parties, SPDC’s stalled drilling programme and rig operations as well as operational levies and fees due to regulators like the Nigeria Ports Authority (NPA) and Nigerian Maritime Administration and Safety Agency (NIMASA) will show, according to a reliable industry source, that the country lost $5million daily between December 23, 2020 and December 31, 2020.

Commenting on the issue before the unsealing, an industry source who did not want to be named noted that “This ongoing action might seem like just news, but it has serious implications for the industry and I wonder why the Federal government, the Minister of Petroleum and even the other members of the JV – NPDC, Total and Eni are keeping quiet. This action is reminiscent of what happened to Wilbros at Choba and it is going to have a huge economic impact on the country. SPDC and RVSG should sit around a table and sort this out. 2020 has been a difficult year for the industry and this will only make things worse.”

To understand what is fully at stake, one has to look at the variables to fully comprehend how the on-going legal impasse affects the community and economy.

Kidney Island provides direct employment to well over 500 members of the community with another estimated 2,000 indirect community jobs. Industry sources indicate that in compliance with extant local content policy directives, over 19 on-going contracts at Kidney Island are being executed by community contractors. These contracts which are valued at millions of dollars were in jeopardy thanks to the Rivers state government’s action.

Third party clients who require access to Kidney Island to facilitate their operations were already bristling since the sealing of the island had denied them access to their warehoused materials especially with all port operations stuck since 23rd December. This would have impacted companies like Conoil, Amni, Oriental Energy, Moni Pulo and Century Energy Services.

Industry sources indicate that the value of stored materials at the facility was over $30million, but that also was not the main concern. With access denied, third party users were already considering legal action against the Rivers state government which would not augur well for the state but a bigger concern lay in the health and safety challenges posed by a fuel barge loaded with Diesel which had been sitting at the dock. This was important to consider because a spill would have be ironic especially when you ponder on the fact that the whole SPDC and Rivers state issue has its origin in a disputed spill from the tail end of the civil war.

For a country that is staring down the tunnel of a recession and in need of a shot in the arm post COVID-19, the on-going altercation between SPDC and Wike does not augur well for Foreign Direct Investment. Industry sources indicate that talks with investors on further development of the facility are at risk of termination while SPDC is believed to be considering an alternative base in Lagos, if this matter is not resolved amicably.

Abandoning the facility in Rivers state could mark the end of Kidney Island’s economic viability, which would be tantamount to a pyrrhic victory for Governor Wike and the Ejama-Ebubu community in Eleme local government area of Rivers state.

They would have succeeded in killing the goose that lays the golden egg.

What then is the way forward? The intervention by Mallam Kyari is timely and fortuitous and offers the contending parties a unique opportunity to dialogue. Kidney Island represents a key strategic asset to both SPDC and the River state government. A prolonged stand-off will be devastating to the economy of the state, the bottom line of SPDC and other interested parties as well as the economic well-being of the communities.

As canvassed in an earlier intervention, the way to go is to find a compromise position. How do we keep Kidney Island, which continues to produce and provide much needed revenue and employment for the people as a going concern?

But while they bicker, the community and the economy suffer. Both parties must pay attention to the logistical and economic imperative of keeping Kidney Island open as not just a support base for Shell and OML 11, but for other interested parties as well as a source of revenue and economic empowerment for the community and state.