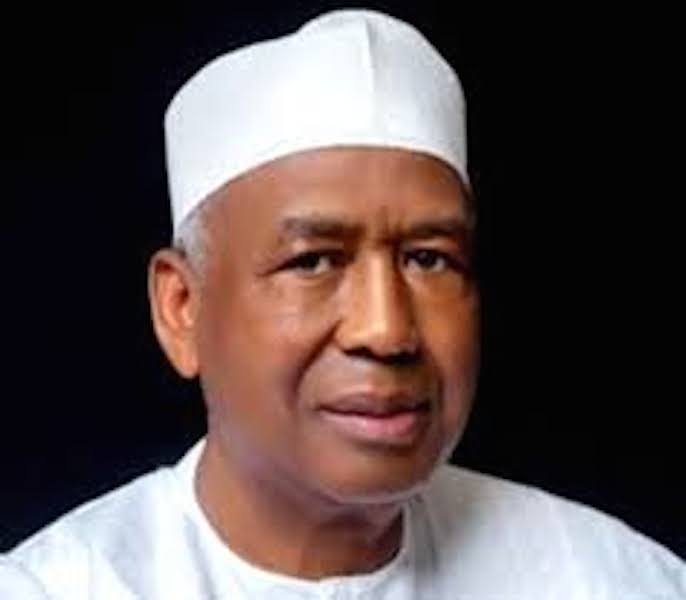 The Chairman of the JAMB 5th and 6th Governing Boards, Professor Isa Baba Mohammed, Galadiman Ningi, died and was buried the same day in his hometown, Ningi, Bauchi State, on Monday, 28th December, 2020. He was 78 years old.

I first met Prof. Mohammed when he was appointed the Chairman of the JAMB 5th Governing Board in 1990. I was the Personal Assistant to the then Registrar of the Board, Dr. M.S Abdulrahman. The management worked harmoniously with the Governing Board, courtesy of the intimate relationship between Professor Mohammed and Dr Abdulrahman which started since their secondary school days in Barewa College (Professor Mohammed was in Form 4 when Dr. Abdulrahman entered Form 1), through their working days in Ahmadu Bello University. I naturally latched and keyed into the already well nurtured relationship which gave me a deep insight into the leadership traits of the extraordinary professor.

Professor Mohammed was Vice Chancellor of the University of Calabar when he was announced as the pioneer Vice Chancellor of the then newly established University of Abuja. He was also the Chairman of the Committee of Vice Chancellors. As a multi-tasks leader, he effectively carried out these critical schedules without any of them suffering any neglect because of the other. He was a wonderful gentleman with excellent leadership qualities. I always admire the charisma and perfect carriage of Professor Mohammed, especially at meetings. He was always in charge of any meeting he presided. He was principled and disciplined. He could be a hard nut to crack at times.

Professor Mohammed had always been part of JAMB since inception as he was the representative of the Ahmadu Bello University, Zaria, on the first governing board in 1977.

Professor Mohammed became the chairman of the JAMB Board after the expansion of its mandate to cover the responsibility of the conduct of matriculation examination and admissions to all Polytechnics and Colleges of Education in Nigeria, in addition to its original purview on Universities Matriculation Examination and Admissions. He also superintended the construction of the JAMB headquarters in Abuja. Professor Mohammed was single-handedly responsible for helping the board acquire the present site of its headquarters at Bwari, Abuja. The original structures which served as the headquarters of the Bwari Area Council were re-structured and expanded to serve as the current national headquarters of the board. Mohammed also got approval from the then FCT Minister, General Gado Nasko, for the allocation of many quarters in Bwari for quite a number of staff. The quarters have since become permanent homes for the staff through the federal government monetisation policy.

Professor Mohammed equally supported the expansion of the board’s facilities in Kaduna to accommodate the Test Development Department, the then Research, Monitoring and Evaluation (now Quality Assurance) Department and the Zonal Office thereby upscaling the status of the Office to a National Headquarters Annex, sequel to the expansion of the board’s responsibilities, with the attendant increase in processing of data and materials. Professor Mohammed’s led board also presided over the choice, acquisition and integration of new Information Technology systems to meet the additional demands.

Professor Isa Mohammed was a first generation professor of Mathematics of the Ahmadu Bello University, Zaria and he was Chairman of the National Mathematical Centre.

Professor Mohammed also tried to serve his people and state by aspiring to be the Governor of Bauchi State but politics is quite different from mathematics (his primary constituency) where two plus two is always equal to four in the latter, while in the former, the answer can be dependent on many variables and invariable.

With the demise of Professor Mohammed, JAMB has lost one of the major actors of its history, just as the nation will miss the invaluable contributions of the erudite scholar, leader per excellence and a consummate public officer of high repute and international standing.

Professor Isa Mohammed will be fondly remembered as a detribalised Nigerian, a nationalist and for his demonstration of unparalleled passion for nation-building through his visionary and exemplary leadership as well as his quest for excellence which contributed significantly to the development of the institutions and agencies he led during his lifetime.

Professor Mohammed was deservedly honoured by JAMB with an award of exemplary leadership during the 30th anniversary of the board.

Just like Dr. M.S. Abdulrahman, I feel a personal loss with the death of Professor Isa Baba Mohammed. My deepest condolence to the family of this intellectual icon as I pray that the Almighty Allah grant him Aljanatul fridaus, Ameen.

Dr. Lawal is the Director, Test Administration in JAMB

Professor Mohammed also tried to serve his people and state by aspiring to be the Governor of Bauchi State, but politics is quite different from mathematics where two plus two is always equal to four