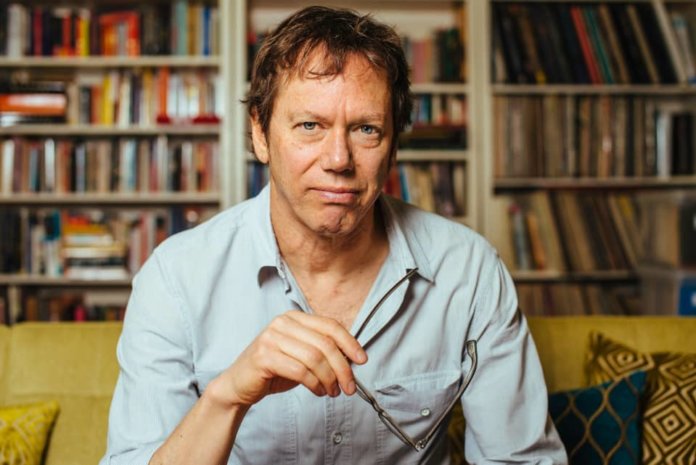 World-renowned power, seduction, and war American author, Robert Greene well known for his the New York Times bestselling book, “The 48 Laws of Power”, and technologist juggernaut, media designer, and businessman, Ade Olufeko, are providing a fresher perspective in a time of transformation for the active men and women of the future.

To this end, Greene has acknowledged his readiness to discuss his recently released book, “The Laws of Human Nature”, among his other titles in a general question and answer session.

Greene, 61, has written bestselling books containing an in-depth analysis of many tactics humans use inside and outside the business world, similar to the Nigerian business terrain. His most popular material, the 48 laws released in the late 90s, remains a controversial topic of discussion in other social circles—religious intellectuals repeatedly finger some African pastors and charlatan clergymen for using the book to control congregations.

The powerless masses want to feel empowered, while those in elite circles need to protect their investments in an unforgiven terrain where integrity is a rare trait.

Olufeko sidesteps all the controversial noise and asks questions one on one, not as a representative of the continent, but as an entrepreneur who has witnessed the book’s positive impacts when utilized to add unique value to society.

“You can trust that book hawkers in most Nigerian markets or on roadsides keep your local book stores on their heels. You will find mint copies of Robert Greene’s books, regardless of your social strata acknowledging that those who know where they are going act with boldness.”

Greene is the author of the New York Times bestsellers The 48 Laws of Power, The Art of Seduction, The 33 Strategies of War, The 50th Law, Mastery, and The Laws of Human Nature.

Ade Olufeko, occasionally credited as Adeolu, combined his career in the technology industry with his work as an active member of the new media and design community. He built a festival platform, Visual Collaborative, which has since evolved in the creative industry worldwide to produce rich content online.