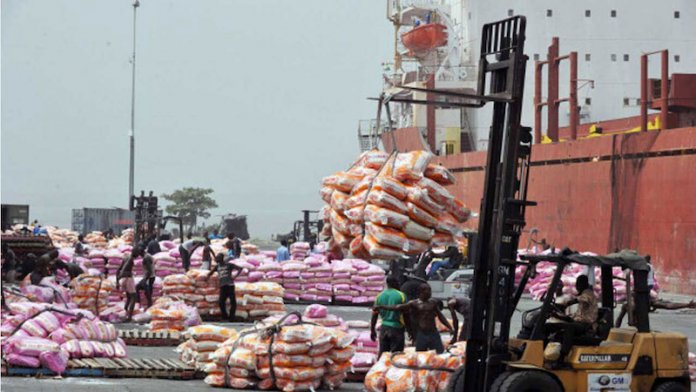 Increased congestion at Apapa and Tin Can Island ports have pushed the cost of moving goods from the ports to other parts of Lagos to $4,000.

In a report by Financial Times and titled: ‘Nigeria’s port crisis: the $4,000 charge to carry goods across Lagos’ yesterday, the newspaper said the congestion is caused by ageing infrastructure; poor rail transport that forces 90 per cent of cargo to go by road; and an almost complete lack of automation, which means every container must be physically inspected by customs officials.

It also reported that the land borders, which had been closed since August 2019 and recently reopened, increased sea traffic and compounded the congestion at the Lagos port.

The Shanghai Containerised Freight Index estimates that the 2020 average spot rate to ship a 20 feet container from Shanghai to Lagos is $3000 and between $3750-$4000 for a 40ft container.

“Cargo ships often wait for more than a month off the coast before they can offload their goods in the port — roughly how long some spend in transit to Lagos from China,” the report read.

“The congestion at the port in Lagos has become so bad that it can cost more than $4,000 to truck a container 20km to the Nigerian mainland these days, almost as much as it costs to ship one 12,000 nautical miles from China.”

Financial Times quoted senior executives at logistics firms as saying most importers now prefer to pay spot prices to fleet operators, who charge N1.5 million ($3,953) to drive a 40feet container from Tin Can to warehouses within Lagos rather than pay lower rates for a truck that could take several weeks to enter the port.

This cost, it reports, include road access charges and bribes but does not include terminal or storage charges on the port; general prices (which can run into tens of hundreds of dollars) associated with ships parked at sea or money extorted by criminals and officials while trucks wait days in traffic jams.

In response to the congestion crisis, the Managing Director of Nigerian Ports Authority (NPA), Hadiza Bala Usman, said the company plans to digitilise the processing of containers and has pressed terminal operators to invest more.

The congestion at the Lagos port has been a problem for years and efforts by the government to solve the problem, including constituting a taskforce, has not yielded the desired results.

As a result, cargo destined for Nigeria are now being offloaded in ports in Lome (Togo), Ghana, Cameroon, Cote d’Ivoire and Congo-Brazzaville.